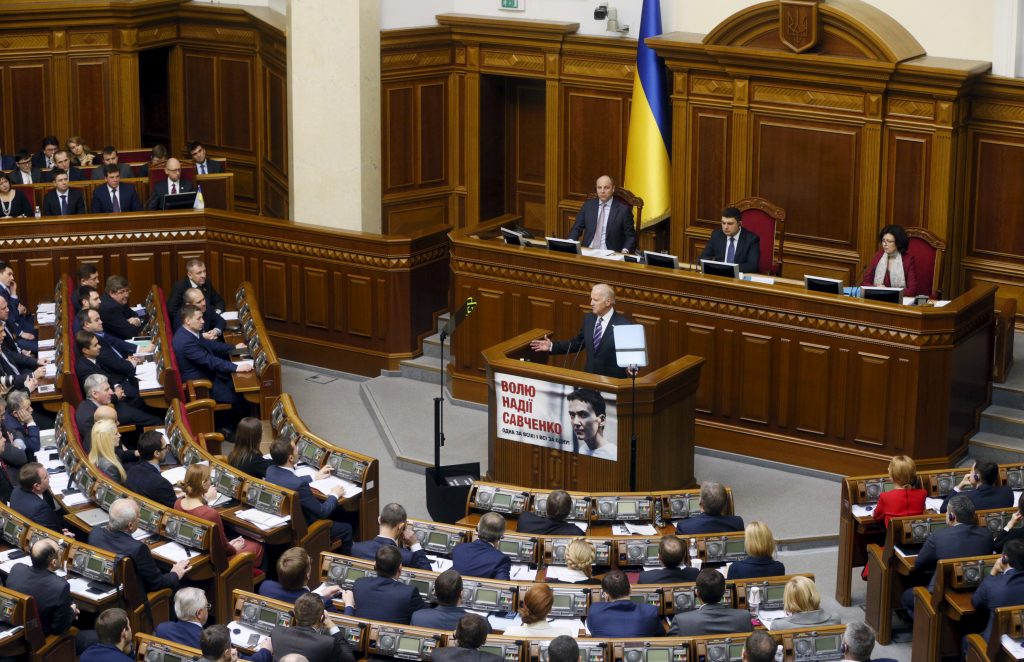 Since the Kremlin invaded Ukraine in 2014, the United States has been an essential partner for Kyiv. Now that President Joe Biden has taken office, he has a real chance to move past the difficult detour that US-Ukraine relations took under his predecessor. In Biden and Ukraine: A strategy for the new administration, top experts and former US ambassadors to Ukraine lay out a plan for how the Biden team can repair relations with Ukraine, encourage President Volodymyr Zelenskyy’s team to commit once and for all to lasting reform in the country, and how to engage in the peace process to end the conflict in the Donbas.

Resetting relations with Kyiv will not be simple. As vice president, Biden oversaw Ukraine policy, visited the country six times, and knows most of its players and personalities, which is an obvious advantage. But Zelenskyy is different from his immediate predecessor. He hails from Ukraine’s Russian speaking east, was not an active participant in the Revolution of Dignity, has had little contact with the West, and took a battering during Trump’s first impeachment in which Ukraine was front and center. However, Zelenskyy is keen to engage with the new Biden team and seeks recognition as a global leader. The Biden administration would be wise to seize this opportunity.

The first priority for the new Biden team should be to get to know the players in Ukraine and Zelenskyy’s inner circle (Zelenskyy’s team and his ministers are not household names in Washington) and to establish a relationship of trust after the turbulence of the Trump years. The second priority should be to strengthen Western support for Ukraine’s defense against Kremlin aggression. And the third priority should be to craft a strategy to encourage Zelenskyy to embrace a real reform agenda, especially to establish and enforce the rule of law and bolster civil society and independent media. Elected on a platform to make Ukraine rich, end corruption, and bring peace to Ukraine, Zelenskyy has much work to do to live up to these promises. His inner circle doesn’t seem to comprehend these issues. Ukraine’s backtracking on reforms has been swift since Zelenskyy dismissed his reform-minded government in March 2020, but there is still time in the president’s term to turn things around. Several recent positive signs have been apparent that the United States and Ukrainian leaders can build upon.

Once the Biden administration has reestablished close relations with Ukraine, Biden’s team should:

On the issues of domestic reform in Ukraine, the Biden administration should: