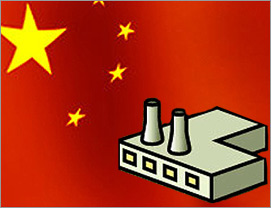 Beginning with the start of reform in the late 1970s, China’s industry has recorded impressive growth of output, labor productivity, and exports as well as dramatic upgrading of the quality and variety of output. These gains have occurred in spite of difficulties arising from lethargic state enterprises, inadequate corporate governance, excessive official intervention, corruption, and weak financial institutions.

Globalization and intensified domestic competition can be seen as the driving forces behind this steady accumulation of manufacturing capabilities. The impact of China’s growing interaction with global markets is widely understood. China has gradually opened its economy to trade and investment. Unlike Japan and Korea during their rapid growth phases, few sectors of Chinese industry escape the direct impact of international market pressures.

Exports provide the clearest evidence of progress. At the start of reform, most Chinese manufactures could not fulfill customer requirements in middle- or high-income nations. Today, the competitive strength of Chinese manufactures is a topic of worldwide discussion. While foreign investment has contributed to the growing quality and range of China’s manufactures, recent industrial development reflects a broad and deep expansion of Chinese production and management capabilities.