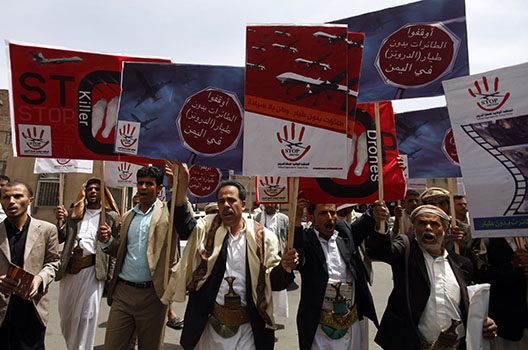 Despite President Obama’s assertion that the United States’ counterterrorism strategy targeting militants in Yemen and Somalia provide a “successful” model to be emulated in its fight against ISIS, a new Atlantic Council issue brief assesess the use of drones and the US strategy in Yemen, and argues this approach is shortsighted and threatens US national security objectives.

In “Do Drone Strikes in Yemen Undermine US Security Objectives?” Rafik Hariri Center for the Middle East Deputy Director Danya Greenfield and Assistant Director Stefanie A. Hausheer argue that the US drone program in Yemen undermines long-term US national security objectives, citing the negative impact of civilian casualties, intelligence and targeting mistakes, and the rise of anti-American sentiment that can increase safe havens for extremist groups.

Greenfield and Hausheer outline recommendations for the Obama Administration to address the negative impact of overreliance on drone strikes and the need to develop a long-term, sustainable policy.

This issue brief is being launched simultaneously with “A Blueprint for a Comprehensive US Counterterrorism Strategy in Yemen,” a new issue brief by Greenfield and former US Ambassador to Yemen Barbara K. Bodine.