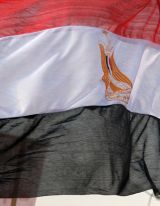 In a new Atlantic Council issue brief, “Egypt’s Labor Dilemma,” author Mustansir Barma analyzes the current issues facing the labor movement in Egypt and the failure of the government to improve the economic situation for workers and employers.

Barma, a former senior economic researcher at the American Chamber of Commerce in Egypt, argues that each of the country’s government since the January 25, 2011, uprising  failed to make headway on labor issues. That year, a new informal trade union was established to propel the uprising’s original slogan of “bread, freedom, and social justice.” However, this new union is still not recognized by the government.

Meanwhile, working conditions continue to deteriorate and unemployment rates are up. Workers are becoming increasingly frustrated about low wages and bad working conditions. Egypt is currently in the midst of widespread strikes that have severe economic implications, particularly for  investors, while failing to make real advances in labor rights. This failure is linked to the struggling economic environment, particularly government policies of renationalization of companies, redundancy laws, and restrictions on hiring foreign workers.

The government, Barma argues, must implement reforms that improve investment conditions for businesses and work conditions for laborers. The Mubarak-era policies need to be revised. Laws limiting demonstrations are continuing to hamper labor unions’ ability to make progress with companies. Barma makes three recommendations for the government to consider in order to address Egypt’s labor dilemma: