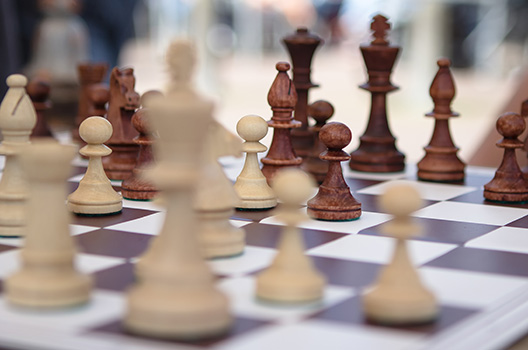 September 2015 marked the one-year anniversary of President Barack Obama’s speech outlining the administration’s strategy to “degrade and ultimately destroy” the Islamic State of Iraq and al-Sham (ISIS). Yet, ISIS celebrated in June its own first-year anniversary of setting up a state by conducting three nearly simultaneous terrorist operations in three different countries—France, Tunisia, and Kuwait. Just this past month, ISIS also shocked the world with its attacks in Paris and Beirut and its downing of a Russian airliner in Egypt, killing more than 400 people combined and injuring hundreds more. While nobody expected the destruction of a resilient and agile foe such as ISIS within a couple of years, it is deeply troubling that the coalition is having such a hard time even disrupting its activities.

On October 14, the Middle East Peace and Security Initiative (MEPSI) at the Atlantic Council’s Brent Scowcroft Center on International Security conducted its third and final war game on ISIS. While the previous two war games, ISIS War Game: The Coming Stalemate and ISIS War Game II: The Escalation Challenge, emphasized tactical, logistical, and operational aspects of the coalition’s military efforts against ISIS, as well as immediate decisions and policy responses to specific crisis situations, MEPSI intended for this simulation, or strategic “path game,” to take a broader view of the conflict. Instead of simulating specific, hypothetical scenarios such as major terrorist attacks or significant military operations by ISIS, like MEPSI did in the previous two war games, they explored three separate strategic paths over a five-year interval that the United States and other key members of the coalition could follow and assessed how ISIS might respond to each.

The most thought-provoking insights were generated by the Red team, which played ISIS (participants included current and former US government officials and intelligence analysts with Iraq-Syria responsibilities as well as experts from the region) and sought to both counter the coalition’s aims and pursue its own goals. Those insights are particularly pertinent and prescient in the aftermath of the Paris attacks. Read more in “ISIS War Game III: The Final Phase.”