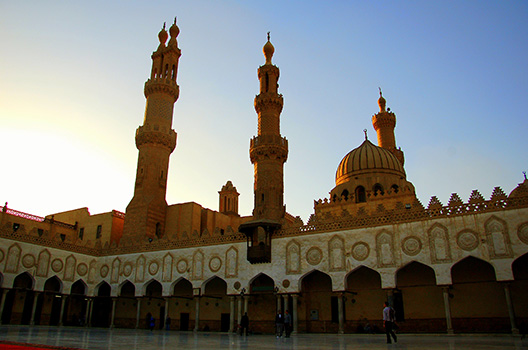 With the meteoric rise of Islamic political movements in 2011, the issue of Sharia law has come to the forefront of a debate around the role of religion in governance. In his issue brief “Islam and Sharia Law,” Atlantic Council’s Nonresident Fellow Yussef Auf identifies and explains the challenges of incorporating Sharia law into the legal framework of modern governments, using the example of Egypt to enumerate the difficulties of codifying religious doctrine into law. Auf discusses how Sharia law attempts to regulate public life in three different domains: political governance, the Islamic legal system, and the economic system.

He uses each of these spheres to enter into a historical discussion of how both Islamists and secularists alike in Egypt have debated the interpretation and implementation of Sharia. Within these distinct spheres, negotiations, contestations, and even legal battles have ensued over the extent to which Sharia can or should serve as the basis for crafting laws in a pluralistic society.

Auf examines the role of the Muslim Brotherhood in Egypt in shaping this debate, arguing that the group’s emergence onto the political scene marked a distinct turning point for those who wanted to see Sharia law exert greater influence in public life. Auf also assesses the historical role of Western colonialism in incubating Islamist groups’ mechanization of Sharia as a tool of political opposition, which furthered its ascent into the political sphere. He provides analysis of Egypt’s constitutional history, exploring the ways in which debates over Islam’s inclusion in constitutional provisions have shaped a larger discussion over Egypt’s identity.

Auf argues that the “purposeful ambiguity” in defining Sharia by those advocating for its inclusion in governance presents a challenge within the framework of Egypt’s modern state. He argues that this ambiguity, while appealing from a political standpoint, resulted in insufficient planning for the implementation of Sharia law, and demonstrated that proponents of Sharia were not ready to move from the oppositional stage to the governance stage.