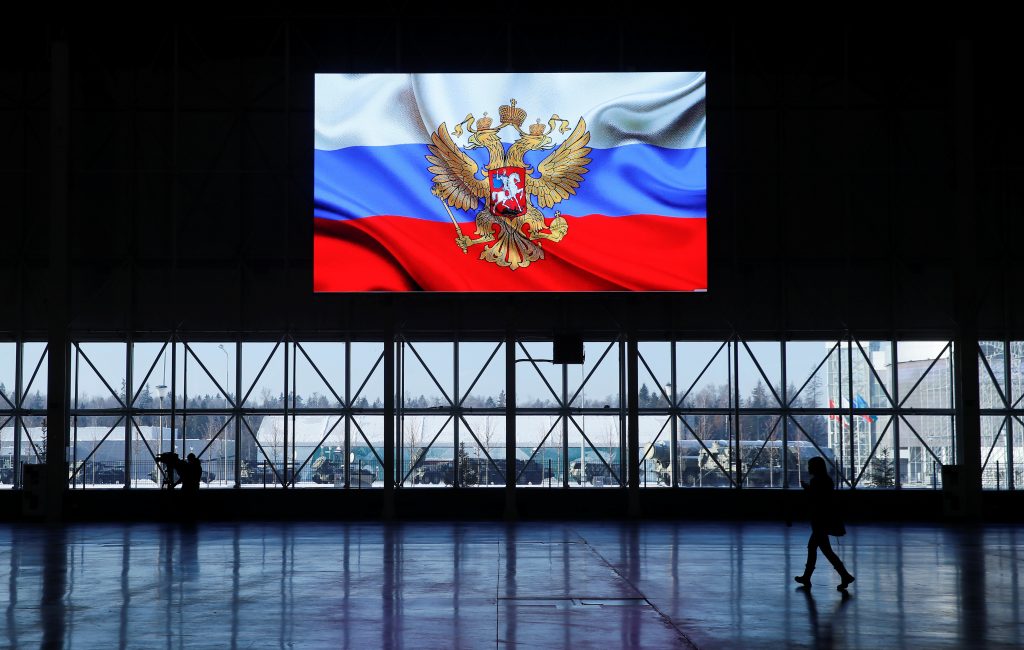 Want to read this report offline?

Since the fall of the Soviet Union, Russia’s powerful nuclear arsenal has stood as a cornerstone of its political and military influence. 2019 stands out as a year with notable shifts in nuclear exercises and activity, as some forms of activity show increasing trends while other indicators show drops. As author Maxim Starchak lays out, Russia’s strategic nuclear arsenal remains an integral tool for the Kremlin and will only continue to be utilized as a critical mechanism for exerting pressure on Moscow’s competitors.

Image: A view shows a screen displaying a flag with the Russian coat of arms during a news briefing, organized by Russian defence and foreign ministries and dedicated to SSC-8/9M729 cruise missile system, at Patriot Expocentre near Moscow, Russia January 23, 2019. REUTERS/Maxim Shemetov