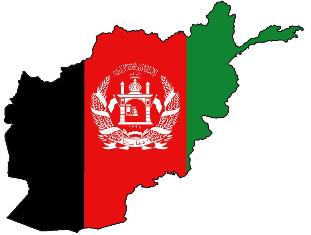 Make no mistake, the international community is not winning in Afghanistan. Unless this reality is understood and action is taken promptly, the future of Afghanistan is bleak, with regional and global impact. The purpose of this paper is to sound the alarm and to propose specific actions that must be taken now if Afghanistan is to succeed in becoming a secure, safe, and functioning state.

On the security side, a stalemate of sorts has taken hold. NATO and Afghan forces cannot be beaten by the insurgency or by the Taliban. Neither can our forces eliminate the Taliban by military means as long as they have sanctuary in Pakistan. Hence, the future of Afghanistan will be determined by progress or failure in the civil sector.

However, civil sector reform is in serious trouble. Little coordination exists among the many disparate international organizations and agencies active in Afghanistan. Legal and judicial reform (including reducing corruption), and control of narcotics are interdependent efforts and must receive the highest priority. To add insult to injury, of every dollar of aid spent on Afghanistan, less than ten percent goes directly to Afghans, further compounding reform and reconstruction problems.

Urgent changes are required now to prevent Afghanistan from becoming a failing or failed state. Not just the future of the Afghan people is at stake. If Afghanistan fails, the possible strategic consequences will worsen regional instability, do great harm to the fight against Jihadist and religious extremism, and put in grave jeopardy NATO’s future as a credible, cohesive and relevant military alliance.

Building a functioning Afghanistan is inherently fraught with difficulty. Much of the nation’s infrastructure was destroyed by the Soviet occupation and the years of Taliban rule. But despite the resources and nearly seven years of effort put into Afghanistan by the Afghan government and the international community, the situation on the civil side is not improving as expected. Taliban still control sparsely populated parts of Afghanistan. Civil reforms, reconstruction, and development work have not gained traction across the whole country, especially in the South.

Surprisingly, many NATO nations engaged in Afghanistan lack a sense of urgency in comprehending the gravity of the situation and the need for effective action now. Fortunately, NATO and the George W. Bush administration have announced separately that studies are now underway to assess conditions on both the security and civil sectors in Afghanistan as a first step that will result in corrective action. But hope is not a strategy or a plan of action. And unfortunately, recent dissension within NATO over the ability of the different militaries to conduct counter-insurgency operations has not helped.