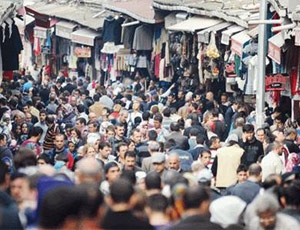 In the latest Dinu Patriciu Eurasia Center Issue Brief, “Turkey’s Three Transformations,” Ambassador Ross Wilson, the Center’s Director, analyzes the mutually-reinforcing trends in migration, economics and politics that have reshaped Turkey and will continue to do so.

Common images of a Turkey that go back decades are increasingly being swept away by social, economic, and political changes that are substantially altering the country’s character. They leave Turkey today in the throes of profound and far-reaching transformation. At a mass level, Turks feel their country is more successful now than at any time in at least a century, and they demand that their government reflect that in its approach to regional issues and turmoil around Turkey. How the country matches these kinds of ambitions with real capacities so as to have impact is, of course, another matter. Disagreements and confrontation are not inevitable.

The author concludes that while the ultimate destination of the changes Turkey is embarked upon is not clear, the United States and Europe have a profound interest in keeping it close by and ensuring that differences do not slide into enmity. For the United States, this means employing deft diplomacy, keeping anti-Turkish sentiments at bay and including Turkey in its regional foreign policy planning and thinking. For the European Union, it means stopping the pointless stiff-arming of Ankara and re-engaging with it on accession.

Ambassador Ross Wilson is the Director of the Patriciu Eurasia Center at the Atlantic Council. As a U.S. diplomat, he served as American ambassador to Turkey in 2005-08 and to Azerbaijan in 2000-03, as well as in other posts overseas. As Director of the Dinu Patriciu Eurasia Center, Ambassador Wilson leads the Atlantic Council’s work on the region that extends from East-Central Europe across the Black and Caspian Seas and beyond to Central Asia.