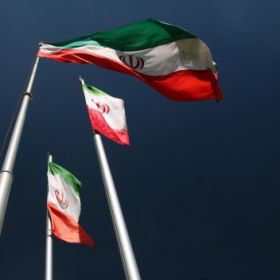 This issue brief of the Atlantic Council’s Iran Task Force outlines the 179-year history of US contacts with Iran, which have experienced periods of breakdown but currently are continuing at a low level despite the absence of formal diplomatic ties. It also recommends actions to advance these exchanges as a national security imperative—especially as the nuclear dispute with the Iranian government could well persist.

US policy toward Iran has understandably focused on preventing Iran from developing nuclear weapons and curtailing its support for terrorist groups. However, the lessons of the Cold War suggest that more resources should be devoted to cultural dialogue and exchanges, promoting the positive aspects of American culture, and cultivating the good will of the Iranian people toward the United States. While US cultural diplomacy programming and other types of exchanges are intended to influence foreigners to have a more favorable view of the United States over the long term, they are not information warfare and must be designed to be open, apolitical, and of clear practical benefit to participants in order to be sustainable. Such programs helped lay the ground work for improved US relations with Eastern Europe and the Soviet Union/Russia and can have a similar impact on US ties with Iran.