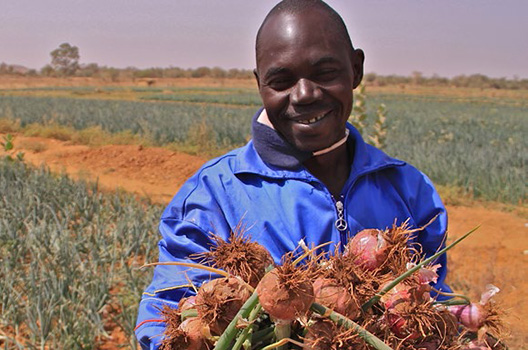 Although the story of Africa is increasingly one of economic dynamism, some very real development challenges remain. Many of them are related to the interdependencies between three key resources—food, water, and energy, otherwise known as the food-water-energy “nexus.”

Managing the nexus is vital, as the African continent’s highly uneven resource endowment increasingly limits prosperity and exposes many nations to severe climate change-induced stresses. In the area of food security, limited water and energy inputs have impeded agricultural productivity and, until these problems are solved, will prevent Africa from fulfilling its potential role of global breadbasket.

Addressing the Food, Water, and Energy Nexus: Transatlantic Perspectives and Africa’s Great Chance, a joint collaboration between the Atlantic Council’s Africa Center and the Strategic Foresight Initiative of the Brent Scowcroft Center on International Security, examines how Africa can best leverage its food, water, and energy resources for sustainable development. Peter Engelke, senior fellow in the Strategic Foresight Initiative and the report’s author, documents the scale of the challenge and offers practical solutions, such as forging multi-stakeholder coalitions that include the private and public sector to formulate more effective policies.

The report also asks what the wider international community, especially the Atlantic community, can do to assist in the process—not only because it is the right thing to do, but because it is in the Atlantic community’s interest to do so. If the current opportunity is seized, Africa can truly be transformed into a place where international engagement is driven not by aid and humanitarian sentiments, nor by commercial exploitation, but instead by shared economic opportunities. The potential for such mutual benefit could form the basis not only for a new social contract between African governments, businesses, and civil society, but for true partnerships between Africa and its international partners on both sides of the Atlantic, north as well as south.

Addressing the Food, Water, and Energy Nexus is intended to provide a conceptual framework for what the Atlantic Council envisions as a comprehensive, multi-year initiative.

This report and the work behind it were made possible by generous support from OCP Group S.A.