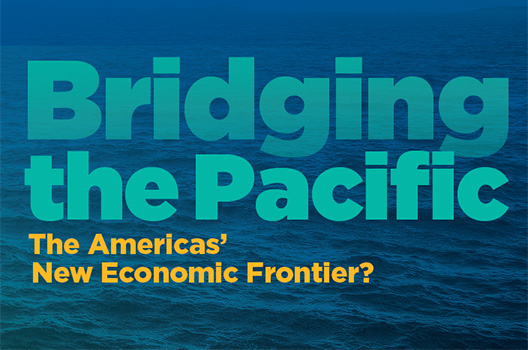 The Atlantic Council’s Adrienne Arsht Latin America Center and its Global Business and Economics Program argue that the status quo is not an option for ensuring continued economic growth in the United States, and other TPP member countries in a fast-changing global economy. The failure of TPP would bear serious economic and strategic consequences for the United States and Latin America.

“TPP offers the United States and our Latin American partners an unparalleled opportunity to build a commercial agenda that reasserts our global trade prowess for this century,” said Jason Marczak, deputy director of the Adrienne Arsht Latin America Center at the Atlantic Council. “Latin America is largely riding a wave of trade liberalization. This agreement, if negotiated successfully, could create broad backing for new rules of global economic governance and new opportunities for US and Latin American businesses and consumers,” Marczak said.

“TPP, especially in conjunction with the Transatlantic Trade and Investment Partnership, offers the United States and its partners in Latin America, Asia, and Europe, the opportunity to open new avenues of trade, reveal an untapped economic potential, and importantly, create jobs for our citizens,” said Fran Burwell, vice president and acting director of the Global Business and Economics Program at the Council. “Reducing trade barriers, including tariffs and quotas, while harmonizing regulatory approaches and clarifying investment rules, will bring so many benefits that failure is not an option. Through TPP and TTIP, we can inaugurate a new era of trade policy,” she said.

“The outcome of the ongoing TPP negotiations is potentially dynamic, but crucially dependent on US leadership to conclude robust talks that have the support of the US public,” said Peter Rashish, Atlantic Council consultant and author. “If policymakers take clear and concrete steps to negotiate an ambitious agreement and explain its benefits, the US will expand its leadership role and use TPP as a vehicle for defending high levels of consumer, health, and environmental protections and standards.”