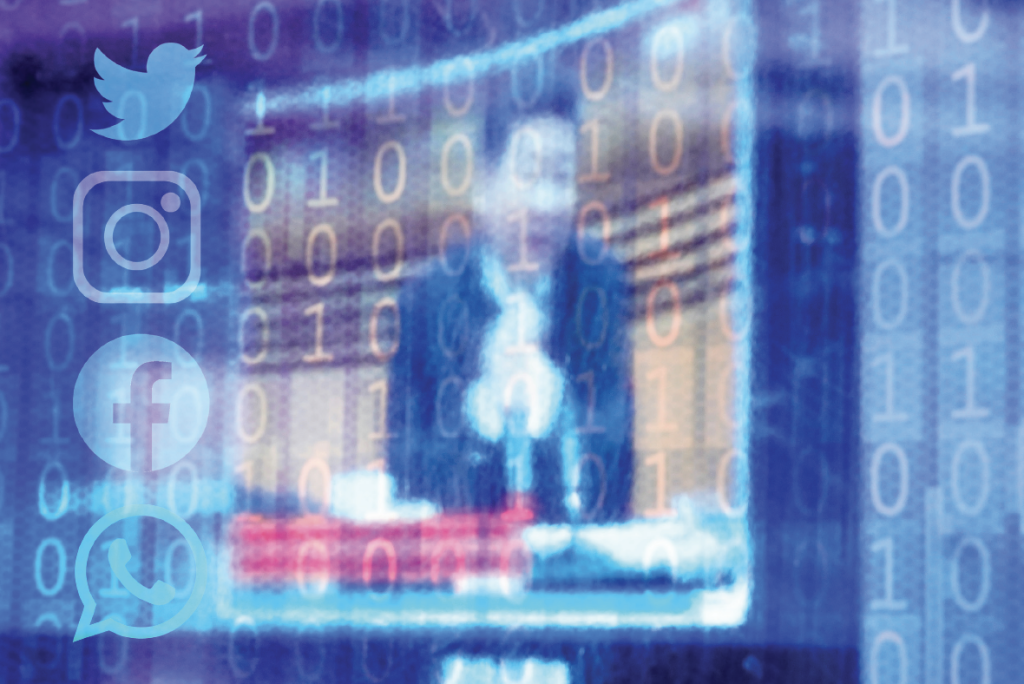 As China’s military and economic power has grown, so has its ambition to shape global norms to suit its priorities. China believes that the United States currently dominates the international system, and sees growing Western opposition to China as evidence that the current order is now a threat to the continued security of the Chinese Communist Party (CCP). As such, China’s leadership has come to see its ability to reshape the international order—or, at least, to decenter US power within it—as essential to the party’s future.

China’s leaders have clearly articulated that they believe that Western countries, and especially the United States, have been able to exert global dominance because they possess what China terms “discourse power” (话语权): a type of narrative agenda-setting ability focused on reshaping global governance, values, and norms to legitimize and facilitate the expression of state power.

For the CCP, gaining discourse power translates into an ability to increase China’s geopolitical power by creating consensus around an alternative, China-led international order—one that privileges state sovereignty over civil liberties, and that subordinates human rights to state security. China has identified both the digital realm and the geographic regions of the Global South as arenas of opportunity in advancing its goals and gaining a discourse-power advantage over the United States.

China’s leadership has been transparent in outlining its goals for both gaining discourse power and implementing a strategy for doing so. Chinese government scholars believe that discourse power comprises two, mutually reinforcing components: the “power to speak,” or to articulate a coherent vision for the world order, and the “power to be heard,” or to have audiences have exposure to, and then to buy into, this message. This involves embedding cultural values within a system so that it comes to structure the relations between states—in both subjective terms (such as norms) and objective terms (such as rules and standards). To operationalize its strategies for gaining discourse power, China has embarked on a major restructuring of the party-state to ensure that the CCP Central Committee—the seat of CCP leadership, of which Xi Jinping is the head—retains direct oversight over the bodies responsible for carrying out China’s discourse-power goals.

Chinese official and academic writings also show that the CCP has come to see the digital arena as crucial in its discourse-power strategy, seeing the opportunities brought about by the Fourth Industrial Revolution as offering a chance to disrupt the hegemony of the West. As one Chinese government official wrote in July 2020, “technological changes in different periods throughout history not only bring about economic changes, but also affect changes in the global power structure […] The digital economy is prompting a reshuffle, and China has the opportunity to gain a first-mover advantage.” Beijing has made clear its intentions to command the digital world, announcing its aims to dominate advanced-technology manufacturing by 2025, to lead in international standards setting by 2035, and to become a “cyber superpower” by 2050.

As such, China has embarked on a concerted strategy to gain discourse power via the digital domain. It has done so through several mechanisms: by shaping local information ecosystems via social and digital media platforms, by promoting CCP-approved norms for digital governance and Chinese-developed international technical standards, and by offering the physical digital and Internet infrastructure on which these information ecosystems rely at an affordable cost, and with no conditions for how it is used.

China also sees the Global South as potentially more receptive to its norms and governance principles, and as an attractive market for Chinese digital-infrastructure offerings. China’s external propaganda narratives couch Beijing’s activities in the digital sphere as ultimately aimed at granting countries more power over the development and direction of their digital economies.

China has promoted the norm of “cyber sovereignty” (网络主权)—in China’s definition, the right of each country to exert total control over the Internet within its borders—in various international organizations, technical standards-setting bodies, and its commercial relations with countries interested in Chinese products and services. In its external propaganda messaging, China often targets audiences with narratives that erode the legitimacy of the liberal democratic framework and that resonate with local experience; for example, in the Global South, Chinese messaging on digital cooperation emphasizes a shared distrust of Western governments or a shared experience as “developing” (to use China’s term) countries.

In actuality, however, China’s strategy is less about a true attempt to make the digital world more inclusive, and more about supporting the Chinese government’s leadership goals. While boosting its economic growth and protecting its ability to exert political control domestically are two major goals of China’s promotion of cyber sovereignty, Beijing sees laying the necessary groundwork for gaining a discourse-power advantage over the West as another key objective. As Adam Segal puts it, “cyber sovereignty represents a pushback against the attempted universalization of [Western] norms [regarding privacy, free speech, access to information, and the role of regulation] that has become the default of the current operating system, as well as a reassertion of the priority of governments over non-state actors.”

China sees engaging in targeted messaging, and gaining support for its normative framework across various audiences, as better positioning it to gain the discourse power it sees as essential for reshaping the international environment in a way that better facilitates the expression of Chinese power. Additionally, China’s leaders fundamentally do not believe that the Chinese perspective can be “heard” unless they can make the soil fertile globally for their message to seed.

As such, China’s strategy around discourse power should not be understood as an attempt to turn the world into an authoritarian stage. China is clear in emphasizing its agnosticism with regard to the domestic political characteristics of the governments with which it engages. To this end, it is less important to China whether countries support “cyber sovereignty” because it offers them more freedom in determining their digital futures, or whether governments see support for this approach as an opportunity to clamp down on Internet freedoms. In either case, China gains discourse power by increasing buy-in for its vision of the global digital order, bringing it closer to achieving its aims of gaining a comparative advantage over the West.

Lastly, while China has advanced presence and strategy in standard-setting bodies, normative spaces, the digital information ecosystem, and the provision of physical infrastructure, the Western world’s approach has been more piecemeal and reactive. Notably, China is advancing much of this strategy through the very mechanisms the United States and its allies created to govern and shape a “free, open, secure, and interoperable” digital world. Chinese leaders have taken a bet on the West’s overconfidence in its systems and have built a relatively successful strategy of quietly shaping, repurposing, and encircling them to advance China’s discourse power. Any effort to counter this reshaping, therefore, relies on the democratic world reinvigorating its engagement in these spaces, more clearly defining mutually reinforcing industrial, commercial, and geopolitical strategies, and doubling down on creating a more geographically inclusive, multistakeholder, collaborative system.