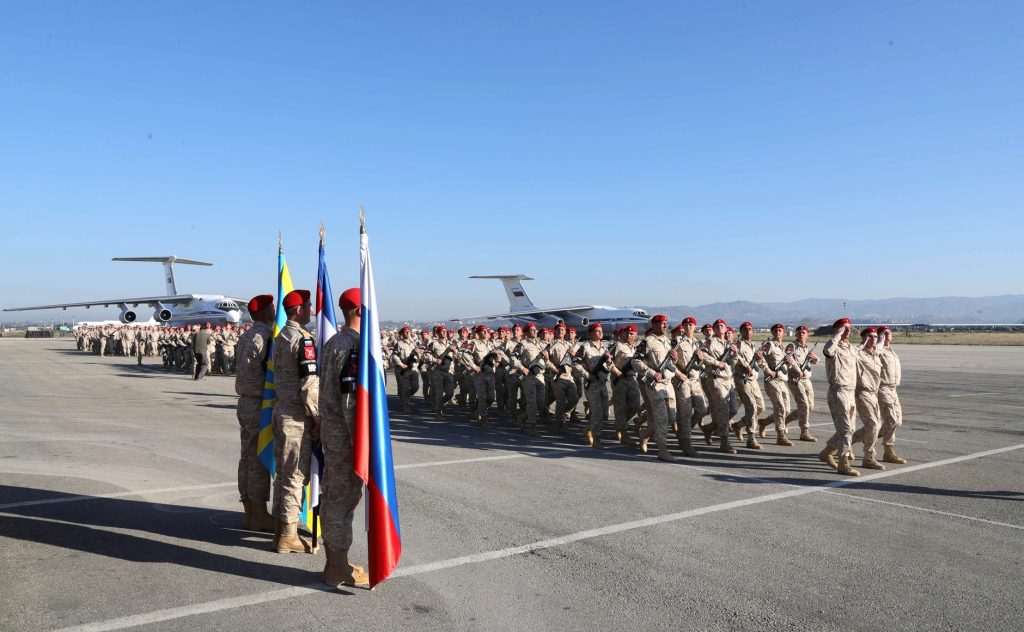 Over the past 10 years, much has been said about Russia’s interventions in conflicts in the wide region stretching from the Middle East to central Africa, encompassing North Africa and the Sahel. These have been described as endeavors of the Russian Federation to reassert itself as a global power after the post-Soviet marginalization of the 1990s, as tools to establish new forms of strategic cooperation betting on old partnerships and traditions, or as laboratories for the Russian military industry. One observation has rarely been made. A proper model of “doing peace enforcement” with Russian characteristics is emerging, which follows Russian visions and values, and is used and replicated where necessary. The existence of a Russian “brand” of conflict management is suggested by numerous interventions in these regions, which should be read not as isolated events, but as pieces of a puzzle in the making.

Indeed, in the Russian official discourse, activities carried out in Middle Eastern and African countries are often described as “missions” (missii) or “peace-keeping missions” (mirotvorcheskye missii). They are presented as attempts to improve these countries’ security conditions, recalling Moscow’s unforgotten Soviet-era roles as savior from the “Western imperialists” and disinterested promoter of economic development. Such missions, which demonstrate the capacity to shape the composition of forces on the ground, require greater attention. This is especially true as such activities are radically in contrast with what some authors have defined as “liberal peacebuilding.”

The relevance of Russian “Missions” in the area

The importance of these interventions in Russia’s strategic thinking is demonstrated by the magnitude of the country’s military involvement. Current missions in this area represent Russia’s largest deployments outside the borders of the federation and the post-Soviet space. According to data released by the Russian Ministry of Defence (MoD), around forty-eight thousand military personnel were deployed in Syria between 2015 and 2018, alongside seven thousand private contractors (while the number of those having “received combat experience” reached more than sixty-three thousand). The MoD also claimed that Russian air forces have hit more than eighty-six thousand Islamic State of Iraq and al-Sham (ISIS)-affiliated militants and armed rebels fighting President Bashar al-Assad. In Libya, an estimated five thousand mercenaries have been operating on behalf of the Wagner Group—the private military company (PMC) closely linked to the Kremlin—in support of Tobruk’s forces. Libya and, increasingly, Sudan—where the establishment of a Russian naval base in Port Sudan is being negotiated—act as hubs for Moscow’s scramble for the African continent. In Mali (one thousand mercenaries and four hundred military advisers) and the Central African Republic (1,400 mercenaries and six hundred military instructors), Russian forces operate alongside local forces, exploiting widespread resentment of former colonial power France to boost their influence. Over the past few weeks, Russia has also deepened its engagement in Burkina Faso, where, during the October 2022 coup d’état, civilians and troops took to the street with Russia flags and asked for a security partnership with Moscow. The deployment of military force has given Moscow a foothold in the Middle East, North Africa and the Sahel, and central Africa. Although Russia has withdrawn many mercenaries from these countries since the start of the war in Ukraine (an estimated 1,200 from Libya; two hundred from the Central African Republic (CAR)), those “missions” remain a strategic asset for the Kremlin’s global projection. Beyond military aspects, they give Russia a way to demonstrate its approach to conflicts in third countries, as it has been attempting to do for a while.

Features of Russia’s conflict-management strategy for the Area

Since the start of its Syrian campaign, through which Moscow promoted itself as a power broker, a Russian model of conflict management has indeed been emerging, with some distinct features. One of these is the promotion of stability over change, with different meanings depending on the context. In Syria, where Moscow has joined forces with Teheran and its Shia-militia allies to save Bashar al-Assad’s regime, “promoting stability” means “promoting authoritarianism.” The Russians accept the antidemocratic, violent nature of the Assad regime, as they are genuinely convinced that—at least for now—its tenure is the precondition for stability. Another interesting case in this regard is Yemen. Russia has not become militarily involved in the Yemeni conflict. Even so, Moscow has committed to mediate a solution to secure the government’s survival, by keeping dialogue open with all stakeholders, including internal Yemeni actors and external opposition. The survival of the sovereign state, regardless of its political nature, is therefore seen as a milestone of peace enforcement.
This vision prioritizes “stability,” or “centrality of power,” over pluralism. What the scholar David Lewis defines as “liberal approaches” to conflict resolution have historically viewed pluralism as a conditio sine qua non for reaching durable peace. In pluralistic conflict-management strategies, actors with diverging interests come together to negotiate a solution that can be acceptable to all parties involved. What the Russians are doing in these regions is different. The only case in which inclusive peace talks have been organized to bring a plurality of actors to the table was the so-called “Astana process” for Syria. However, even in that case, a few problems persisted. First, despite the United Nations (UN) endorsement, the talks were conceptualized, organized, and overseen by Russia, which is no neutral actor in the war; this means that the process itself is biased. Second, the three Astana negotiators—Russia, Iran, and Turkey—are all external actors whose heavy involvement in the conflict is highly contested by the Syrian population (and the regime itself, when it comes to Turkey in particular). Finally, yet most importantly, Russia never managed to bring local opposition to the negotiating table. Despite the merit of having reshuffled international diplomacy over Syria—which was being held hostage in the Geneva talks deadlock—the Astana process proved largely ineffective in resolving the conflict.

Another pattern of Russia’s conflict-management strategy is the use of hard power and, in most cases, the prioritization of force over diplomatic efforts. The use of force has been a distinctive factor in multiple scenarios where Russia is present, from Syria to Libya, from Mali to the CAR. In Russia’s vision, the control over military force and the demonstration of a determination to use it to defend power, constitute an essential component of these states’ stability and sovereignty. In these contexts, “arming the strongman” (whether a Syrian dictator, Libyan general, or Malian “coupist”) has been an informed choice. For Russian authorities, this not only serves the goal of stability in these countries, but allows Russia itself to gain credibility among leaderships that are fascinated by the strongman vision. The use of force is, hence, exercised through direct interventions, arms supplies, and training programs for local armed forces (with heavy presence of advisers in key military roles). Air combat has been a central pillar of Russia’s military strategy while, on the ground, Russian special forces have been deployed to fight alongside local forces and protect critical infrastructure (such as pipelines and wells).

An important aspect of this approach, which has undoubtedly become a permanent feature of Russia’s conflict management in these regions, is what could be roughly defined as the “privatization of security.” Wagner Group contractors work side by side with the Russian armed forces in Syria, Mali, Sudan, the CAR, and Libya (where the highest number of contractors operate, although that number is unclear; more than five thousand were deployed before the invasion of Ukraine, but that has certainly decreased post-Ukraine, as many have been redeployed). The Russian government has officially denied links with the operations, goals, and purposes of these mercenaries. However, evidence suggests that they work in partnership with official Russian armed forces.

Finally, it is clear that Russia’s deployments in these regions are not the result of impartial policies, as peacekeeping activities are meant to be; rather, they reflect Russian geopolitical ambitions. The Syrian intervention in 2015 was a clarifying moment in this respect. Facilitated by the US decision not to intervene when the civil war was escalating, Moscow did not simply fill a vacuum of power but used the Syrian campaign to promote its own model of conflict management in the Middle East and beyond. It used its Syrian campaign to tell the world: “See, this is how we do things; this is what we can offer.” The undeniable success that Moscow registered in the fight against ISIS gave it considerable credibility among regional actors, who increasingly sought Russian support in local conflicts. But when offering help to these countries, Russia is simultaneously making the strategic choice to confront Western actors, especially in countries where the latter have endurable interests (such as in Libya). Most importantly, a clear message seems to emerge from this complex framework: that Russia’s now well-established conflict-management practices in these regions are there to stay—and international community must, therefore, give them due attention. 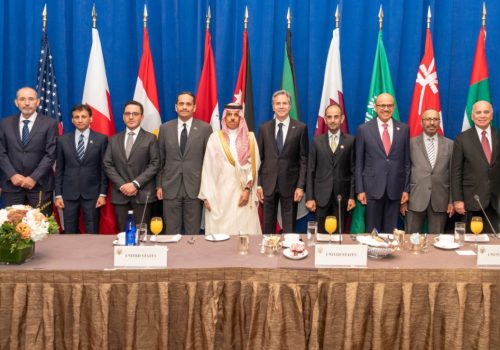 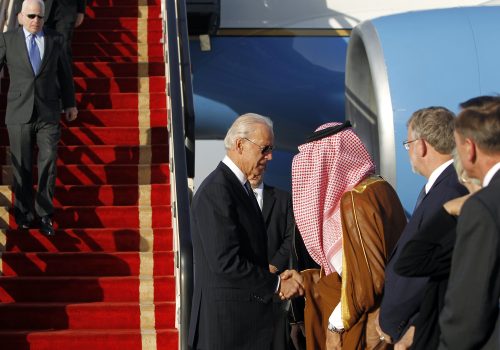 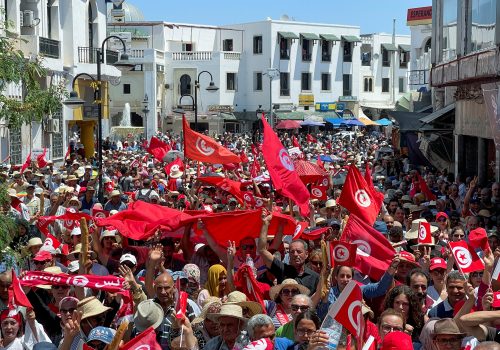