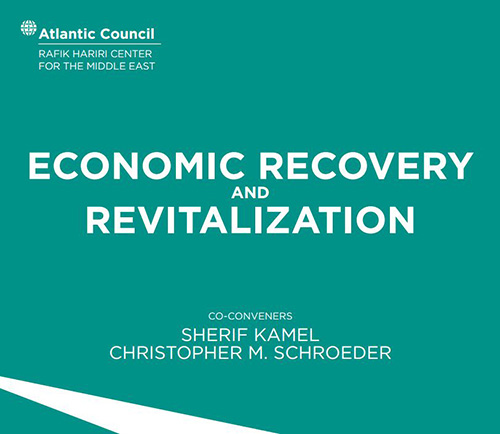 Even as the specter of political instability weighs heavily on the region, the Middle East is quietly experiencing a technological and societal transformation that could hold the keys to a better future. The foundation of this change is based on two powerful components: the rapidly increasing access to technology in the Middle East, and the region’s comparatively young population, over 30 percent of which are between the ages of fifteen and twenty-nine (“Middle East Youth,” The Brookings Institution). The interaction of the two, combustible as it can be, is also likely to provide a historic and unparalleled opportunity.

We believe that only a “big bang” reform focused on creating an economic ecosystem conducive to technology-enabled entrepreneurship—which has equal ramifications across the broader economy—with dramatic changes in regulatory, financial, trade, and educational systems will be ambitious enough to overcome entrenched business as usual. In fact, ignoring this opportunity risks that it will become harder to ever catch up over time.

It is easy to dismiss innovation as fringe or elite, thereby failing to adequately account for their transformative potential and multiplying effects. For those who choose to engage and harness these trends for pressing challenges like job creation, education, health, and the environment, opportunities exist now that were unavailable only a few short years ago. People in the Middle East literally have the tools in their hands to solve their own problems without waiting for government institutions, and they are deploying them.

Rebuilding societies: Strategies for resilience and recovery in times of conflict

The forced displacement of unprecedented numbers of people within and beyond national borders has become an enduring yet fluid phenomenon across the Middle East and North Africa over the past decade. The Middle East Strategy Task Force’s Rebuilding Societies: Strategies for Resilience and Recovery in Times of Conflict report, published in cooperation with the United […]

On September 18, 2015, the Atlantic Council and the United States Institute of Peace convened the third public hearing of the Middle East Strategy Task Force (MEST). The event featured MEST Co-Chairs Madeleine K. Albright and Stephen J. Hadley leading a high-level panel discussion on the refugee crisis in the Middle East.

Event Recap by Rafik Hariri Center for the Middle East