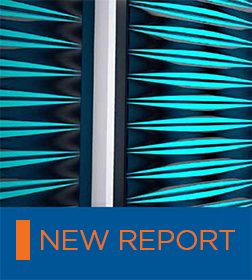 The Atlantic Council’s 2012 report Envisioning 2030: US Strategy in a Post-Western World, written as a companion piece with the US National Intelligence Council’s Global Trends 2030: Alternative Worlds, stated, “the keystone of national power remains US economic strength and innovation.”

Building upon this statement, this year’s Envisioning 2030: US Strategy for the Coming Technology Revolution, edited by Strategic Foresight Initiative Director Mathew J. Burrows, explores the consequences of major disruptions that will be caused by emerging technologies and recommends that the United States must prepare now if it wants to remain competitive on the global stage.

This report was launched at the two day Strategic Foresight Forum

Can the United States Government Keep Up? | Jeff Lightfoot

Opportunities Abound by Challenges Lurk on the Horizon | Jeff Lightfoot

Confronting the Challenges of Food, Water, and Energy | Peter Engelke

A New Model of International Governance: Why Cities Will Lead the Way | Jeff Lightfoot

Getting to Fusion – A Conversation with Strategists | Jeff Lightfoot

Robots | Out of the Factory and Into Our Lives

Will the Third Industrial Revolution Create More Jobs than It Kills?

Will US Seize Opportunities of the Third Industrial Revolution?

“We are not prepared for the negative consequences of many new technologies or as well-positioned as we should be to take full advantage of the benefits. These emerging technologies are likely to be more beneficial than detrimental, but the opposite could be true if we are not careful,” writes Burrows.

This report examines emerging technologies in three broad areas—energy, urban planning, and manufacturing—that are playing critical yet disruptive roles. The report argues that each emerging technology presents an opportunity for the United States and its partners, if we can navigate the huge challenges and risks.

The report’s main arguments are: