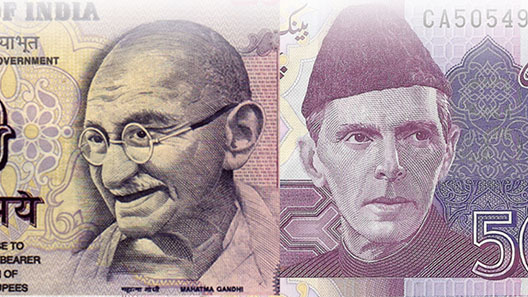 A report released today by the Atlantic Council’s South Asia Center argues that heavy military spending in India and Pakistan has in fact been detrimental to the citizens of both countries in terms of security and economic growth, and calls on leaders to reinvest in trade and confidence building.

In India and Pakistan: The Opportunity Cost of Conflict, Atlantic Council South Asia Center Director Shuja Nawaz and Nonresident Senior Fellow Mohan Guruswamy explain how high defense spending and low economic integration into South Asia’s regional economy have come at the expense of those living in poverty. Although many now favor rapprochement, Nawaz and Guruswamy argue that unless both sides begin a dialogue on economic and military relations, these issues will only worsen.

In addition to military spending, a lack of strong bilateral trade relations between India and Pakistan has also exacerbated South Asia’s socioeconomic challenges. From GDP to job losses to investment, the non-fulfillment of trading potential is a cost that “neither of the two countries can afford to ignore.”

Nawaz and Guruswamy provide a set of actions both countries can take to decrease military spending and promote confidence building:

Such measures will have a lasting impact beyond India and Pakistan, as the authors note: “economically intertwined and mutually beneficial economic systems in both countries will create a huge peace constituency that will not only be good for the two nations, but also for the region and the entire world.”