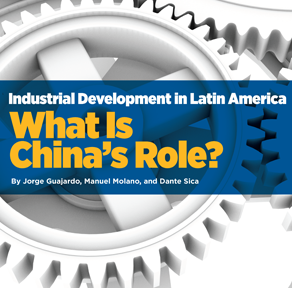 Days ahead of the G20 summit in China, the Atlantic Council’s Adrienne Arsht Latin America Center today releases Industrial Development in Latin America: What is China’s Role? The report frames the effects of Chinese exports on Latin American deindustrialization using economic modeling on the region’s industrial output. It concludes that if  Latin American countries grant recognition of China as a market economy, the state of Latin American industry will worsen and countries will have diminished capacity to use trade defense measures such as anti-dumping duties.


The Atlantic Council report outlines policy implications and recommendations for public and private sector leaders in Latin America given the reality of China’s growing importance and the imperative of turning around the damaging trends in its terms of trade with Latin America.