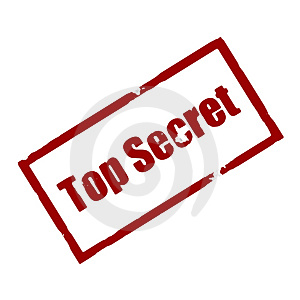 Colonel Daniel Putbrese, USAF, an Atlantic Council Senior Fellow, argues in  “Intelligence Sharing: Getting the National Counterterrorism Analysts on the Same Data Sheet” that it is imperative that national counterterrorism centers be able to access undisseminated  data before it has been analyzed, filtered, and/or packaged and that doing so requires a radical change in the Intelligence Community’s professional culture.

The 9/11 Commission’s much celebrated and often cited report identified the resistance to intelligence sharing as “the biggest impediment to all source analysis – to a greater likelihood of connecting the dots.” There is broad agreement that intelligence sharing needs to be improved, but there is very little agreement on exactly what information should be shared, who it should be shared with, and how exactly the sharing should be accomplished. Perspectives on this issue vary greatly, ranging from those who argue the problem was solved by the creation of the NCTC, to those who contend that the problem is worse than ever and will never be solved because of characteristics inherent to the intelligence community (IC) that create impediments to intelligence sharing. Intelligence sharing is a complex issue, covering a multitude of different categories of information and intelligence that need to be shared horizontally and vertically among all agencies and between all levels of the U.S. government. This paper will focus on one very important aspect of the overall information sharing quandary – the current failure to provide national counterterrorism (CT) centers access to undisseminated intelligence data required for the intelligence community to collaborate on stopping terrorists and their acts.

This paper will discuss the national CT centers which make up the Interagency Intelligence Committee on Terrorism (IICT), specifically define the data access they require, explain why they require it, and the obstacles to their obtaining it. In addition, this paper will confront the arguments of those who are against this type of access, lay out what is required to achieve it, and then address potential circumvention that must be guarded against once a workable solution is in place.

It is imperative that the national CT centers be able to access undisseminated CT data at its earliest point of consumability-before it has been analyzed, filtered, and/or packaged. All source analysis is at its best when the data being analyzed is free of the ambiguities that set in once it is subject to human interpretation. To achieve this goal, agencies that collect terrorism related intelligence must give up ownership of that data to an independent higher authority. That authority needs not only to ensure that data is shared but must ensure equal access to that data.