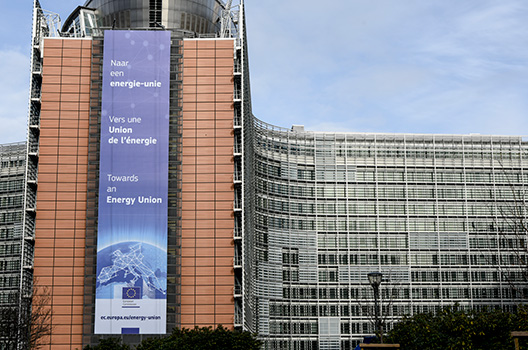 The European Commission’s “Energy Union” Communication, published on February 25, 2015, purports to provide the European Union (EU) with a comprehensive energy strategy. The Communication aims to simultaneously push forward the climate change agenda by deploying more renewables, while improving the level of energy efficiency, launching a major infrastructure program, and completing the energy single market. All of these objectives are necessary to establish a functioning, dynamic, liquid, and modern European energy market. The danger, however, is that the European Union’s key energy security risk—the supply threat from the Russian Federation and in particular the risk related to the dominant natural gas supplier, the Kremlin-controlled energy giant Gazprom—is not prioritized amid the Communication’s broader objectives. Currently, the significant supply risk falls upon a group of states in Central and Eastern Europe, the Baltic states, and Finland.

In Prioritization in EU energy policy: Energy security first, then Energy Union, Alan Riley, a senior fellow with the Atlantic Council’s Global Energy Center, argues that the European Commission, in developing its Energy Union work program, needs to focus its efforts on delivering a number of key solutions to the affected states. Some of these solutions involve specific cross-border infrastructure projects. Others involve forging ahead with particular elements of the Energy Union, for instance, the completion of the single market in gas. Part of the solution lies in working with non-EU partners, such as Ukraine and Turkey, to help them improve their own supply security as well as the EU’s.

Focusing on the key energy security risks provides a sound base for the development of the rest of the EU’s Energy Union project. Over the last decade, the EU has struggled to develop an energy policy that simultaneously meets the goals of affordability, sustainability, and security. By focusing on the EU’s supply security in gas first, the EU can put itself in a position whereby all three goals can be met, as the creation of a deep liquid natural gas market across the continent will make it much easier to deliver the affordability and sustainability goals.