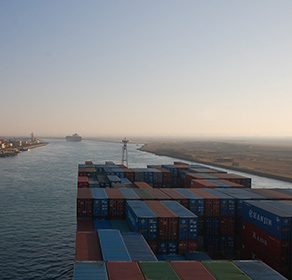 Five years after the 2011 revolution, Egypt’s economy is floundering and remains far from recovery. Successive Egyptian governments have struggled to develop a vision for a new economic model for Egypt, while simultaneously implementing populist policies to appease the immediate demand of the public. In “The Economic Decline of Egypt after the 2011 Uprising,” authors Mohsin Khan and Elissa Miller examine the trajectory of Egypt’s economy since 2011 and what the current Egyptian government should do to arrest the economy’s downward slide.

Khan and Miller examine the economic reform programs launched prior to the 2011 revolution, and the policies enacted by Egypt’s immediate post-revolution governments. A number of reforms in the mid-2000s led to an increase in Egypt’s growth, but did not reduce the high rate of unemployment or yield increased economic opportunities for a large segment of Egypt’s population. By 2010, the major structural flaws in the Egyptian economy had not been addressed. These included high rates of youth unemployment, crony capitalism, inadequate infrastructure, a large and inefficient bureaucracy, and widening income and wealth inequalities.

Instead of tackling Egypt’s main economic challenges, the post-revolutionary governments focused on numerous political problems facing the country. The economy continued to drift, as the growth rate remained low and unemployment high. Foreign exchange reserves would have been nearly depleted if not for external support from Arab Gulf allies. Limited positive economic developments immediately following the appointment of President Adly Mansour’s transitional government in August 2013 resulted more from political change than any specific economic measures.

President Abdel Fattah al-Sisi took office in June 2014 with a mandate to revive the economy and set it on a path of sustained high economic growth and low unemployment. However, two years after his election, Egypt’s major economic challenges remain unmet. Sisi’s government has repeatedly signaled that reviving the economy is its central priority. But over five years after the uprising the economy is still in a relatively poor state, with 2016 shaping up to be a worse year than the previous one. The government has to address the economic grievances of the Egyptian public that led to the 2011 uprising. President Sisi and current Prime Minister Sherif Ismail should focus on increasing Egypt’s energy supply, improving the country’s public finances, attracting external financing, moving to a flexible exchange rate regime, and expanding the private sector.

The report acknowledges that transforming the economy to meet the aspirations and hopes of the Egyptian people will be difficult and will take time. But to make Egypt a thriving private sector-led economy that provides jobs and shared prosperity to all its citizens, the government will have to make immediate efforts to implement policies to achieve that goal.