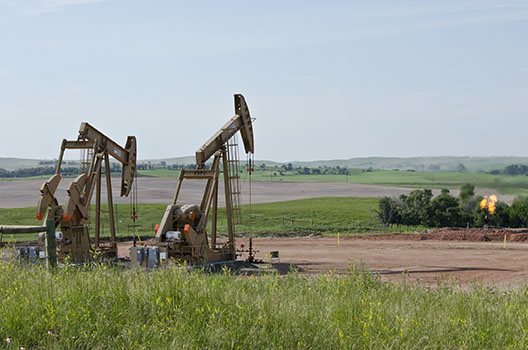 Technological advancements in a combination of computer-aided horizontal drilling and hydraulic fracturing have led to an energy revolution in the United States. The United States is set to surpass Saudi Arabia as the largest producer of oil by 2017 and could become a net exporter by 2030. This shale gas revolution has already had a profound impact on the global energy landscape, according to Brent Scowcroft Center on International Security Senior Fellow Robert A. Manning.

In The Shale Revolution and the New Geopolitics of Energy, Manning explains that the shale revolution affects everything from the makeup of the global energy market to America’s core strategic interests abroad. This new glut of supply has completely changed the conversation on energy supplies from one of peak supply to one of peak demand and has completely shifted the center of oil production from the Middle East to the western hemisphere. While oil prices will always be vulnerable to global instability, Manning foresees a far different geopolitical situation, where America has more leverage and independence in its foreign policy. For example, Asia’s booming demand for energy will require those nations (and China in particular) to share the burden of keeping shipping lanes secure. Manning recommends that the US embrace this revolution head on, working with all stakeholders to establish strong safety standards and best practices, and reforming institutions such as the International Energy Agency to reflect this fast-approaching new reality.