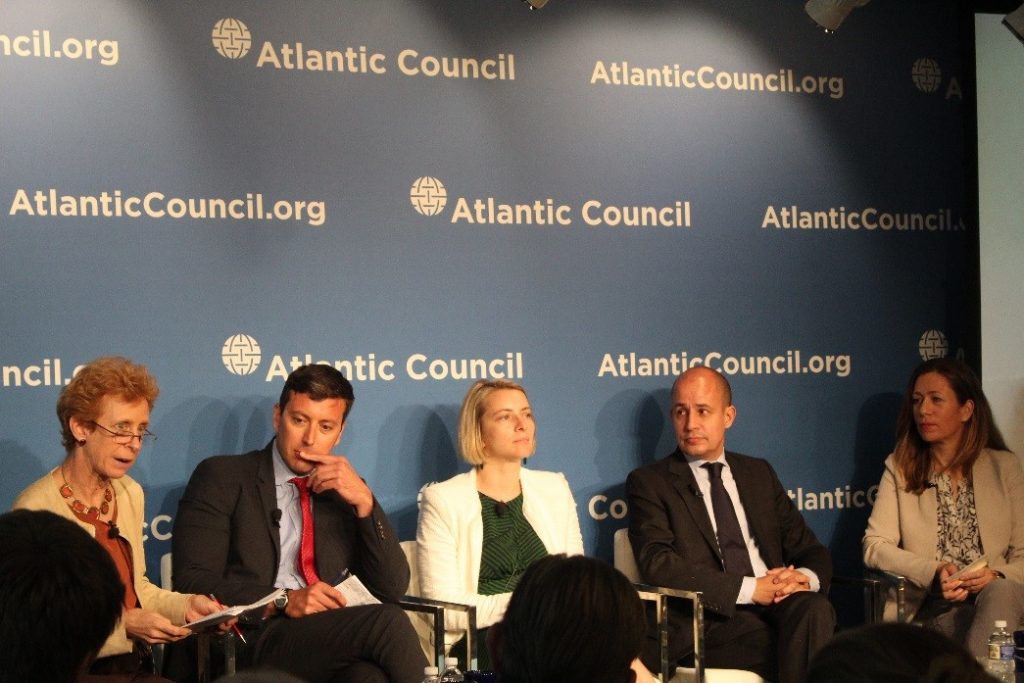 On May 29, the Future Europe Initiative partnered with the Delegation of the European Union to the United States to facilitate a discussion on the results and implications of the 2019 EU Elections. This event featured an address by Antoine Ripoll, the Director of the EU Parliament Liaison Office in Washington, followed by a panel moderated by Fran Burwell, Distinguished Fellow of the Future Europe Initiative. The event focused on the political fragmentation within the new parliament and the potential effects on leadership and cooperation within the EU. The panelists discussed the shift away from traditional center parties, the lack of the anticipated populist, anti-EU wave, and the surge of support for smaller parties, including the Greens and Liberals. The event was part of FEI’s broader long-term effort to convene experts on the EU’s changing internal dynamics and increase understanding of the EU in the US policy-making community.