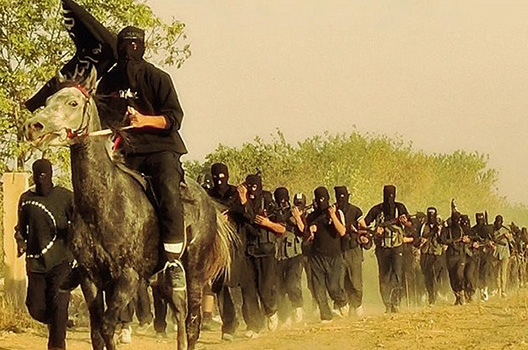 This piece originally apeared in Defense One.

There is broad agreement among policy makers and defense analysts in Washington that U.S. airstrikes alone are insufficient to counter the Islamic State group. There is greater clarity on the level of military, political and economical efforts required to reduce and eliminate the threat. What’s missing, however, is a discussion of the danger in waiting for all elements of Washington’s long-term approach to develop – which will likely take months if not longer – while the enemy grows, adapts and acquires new capabilities.

The United States can and should be more proactive. Continuing to strike Islamic State targets, including those located in Syria, will further disrupt the enemy and buy the United States precious time for successful political and economic efforts.

Any attempt at evaluating the impact of more than 100 U.S. airstrikes since President Barack Obama announced the campaign on Aug. 7, must be preceded by a clear understanding of what they are specifically designed to achieve. They are meant to apply continuous pressure on Islamic State fighters while the long-term political and economic elements of Washington’s approach materialize. Therefore, time is the most critical element in this equation.

Fixing the politics of Iraq is essential, but that won’t happen overnight. Syria will take even longer because currently there is no negotiating process between President Bashar al-Assad and the moderate opposition. The prospects of a political solution there are dim. NATO leaders on Friday announced they would work toward building an international coalition against the Islamic State, but that also will take time. The real international coalition that the West desires will take even longer to assemble, because some of its more relevant members like Saudi Arabia will not lend their full support until they are more confident that their interests are secured. Saudi Arabia has tremendous influence over many of the Sunni tribes and former Ba’athist members in Iraq, and these actors will not commit to fighting for Washington until they get a green light from Riyadh.
The good news is the Saudi-Iranian rivalry is de-escalating following the appointment of new Iraqi Prime Minister Haider Al-Abadi and the initiation of bilateral talks between Saudi and Iranian officials. The bad news is that it, too, will take time. In Syria, training and equipping the Free Syrian Army, or FSA, to fight both Assad and the Islamic State, will take even longer. Although there is a growing chorus in Washington to intervene military in Syria, the American public and Congress have shown very little appetite for it thus far and the FSA is in a state of disarray.

Finally, isolating and countering the Islamic State’s multiple funding sources will prove time-consuming as the group draws on the funds it receives from the vast territory it controls – in the form of oil, ransoms, and lootings – in addition to its impressive sources of external donor funding.

While all of those necessary steps are underway, however, the U.S. must force the Islamic State to stay on the defensive and preferably on the run. The group threatens the Iraqi government, massacres opposing troops and civilians and as Defense Secretary Chuck Hagel said this week, harms U.S.interests in the Middle East.

But it could do more. Most alarming, the Islamic State group could acquire remaining chemical stockpiles in Syria. Despite Syria’s September 2013 agreement to destroy its chemical weapons inventory, a United Nations report recently accused Syria of using chemical weapons at least eight times this April. While the last of its declared weapons left Syrian territory at the end of June, some of its chemical weapons facilities still remain operable. There is also a risk of biological warfare. It was recently reported that some Islamic State members with scientific backgrounds have already begun to explore the logistics of harnessing the bubonic plague as a weapon, according to a laptop captured by a rebel Syrian group.

By retreating to Syria and strengthening its stronghold in the eastern part of the country in response to U.S. airstrikes in Iraq, the risk of WMD warfare increases. The threat the Islamic State poses to the American homeland shouldn’t be exaggerated, but its unique terrorist potential also shouldn’t be dismissed. Matt Olsen, Obama’s counterterrorism czar, in July said the ungoverned space in Syria is now the world’s top spot for terrorist recruiting, training and plotting to attack Western targets. The Islamic State’s combat experience will not automatically earn its fighters global terrorist skills. Indeed, military prowess will not allow it to suddenly form and activate cells internationally and plan terrorist operations overseas. It took years for the Lebanese Hezbollah to master both crafts. Spectacular terrorism requires a tremendous amount of organization, planning, and perhaps most importantly, strategic patience. Abu Bakr al-Baghdadi has shown some of those traits. Yet, the danger his Islamic State currently poses is local and perhaps regional, but not international. That is why it is so critically important for the United States to be on the offensive to help prevent the enemy’s terrorist threat from materializing.

None of this suggests that pursuing the Islamic State into Syria would be simple. Hitting targets in Syria including key personnel and equipment, command and control nodes, and logistics and sustainment enablers will face significant challenges. Militarily, the United States has fewer intelligence collection resources in Syria and no credible partner on the ground. Islamic State fighters have already started to change tactics in response to the U.S. airstrikes by receding into the local population in cities like Mosul, dispersing, concealing its military equipment, and possibly relocating commanders and elite units to the Iraq-Syria border. Syria also possesses one of the densest concentrations of surface-to-air missile systems in the world, primarily oriented in its western territory bordering the Mediterranean Sea.
Looking at the air attack options against Islamic State targets, mostly in eastern Syria, three factors must be considered: threat, geography and politics. The U.S. and NATO would have to take out Syria’s robust air defenses before committing strike aircraft to any large-scale sustained attacks from the Mediterranean. Strikes originating from the direction of Turkey, Iraq, or Jordan could avoid the western Syria air defenses, but would require U.S.diplomats to secure basing and overflight approvals from partners in the region and may encounter a handful of highly-capable mobile air defense threats in eastern Syria. Cruise missiles or stealth strike aircraft such as the B-2 may mitigate the threat. Regardless of the axis of attack, the logistics support to sustain U.S. operations over the vast expanses of geography in western Iraq and eastern Syria will be costly.

The politics of U.S. military operations in Syria are inherently complicated, too, in Washington and the region. Some members of Congress, including Sen. Tim Kaine, D-Va., seem less than enthusiastic about airstrikes in Syria, although it is less likely that the legislative branch as a whole will stand in the way of the president should he order them. Congress expects Obama to provide clearer objectives and Republicans have begun to devise their own plans. The Pentagon is currently working on them and Secretary of State John Kerry is now scheduled to testify on the plan to defeat the Islamic State, but not until Sept. 16. If Obama’s team doesn’t convince Congress of these goals, partisan politics could delay the process.

These multidimensional challenges are real and will complicate U.S. plans tremendously. Should the United States continue to mull over options, passivity will only elevate the threat level of the enemy. Only Iraqis and Syrians can kill the Islamic State, but the U.S. is in a unique position to provide the time and space to do so, more rapidly than the president has been willing, so far.

Bilal Y. Saab is senior fellow for Middle East Security at the Atlantic Council’s Brent Scowcroft Center on International Security. Christopher Musselman, Mark Seip, Wiley Barnes, and Michael Tyson are senior military fellows at the Scowcroft Center. The thoughts presented are those of the authors and do not represent those of the Department of Defense or any individual military service.