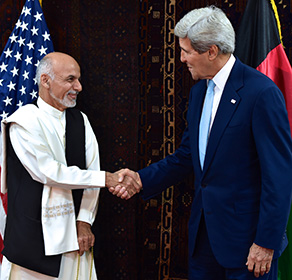 We arrived in Kabul in the summer of 2011 to assume the leadership of the American Embassy. The U.S. military surge had been completed and was beginning to reverse from its peak of some 100,000 troops. The U.S. civilian surge had peaked, with more than 1,200 American diplomats, civil servants and contractors throughout the country, working under difficult and dangerous conditions, to help the Afghan people rebuild their country.