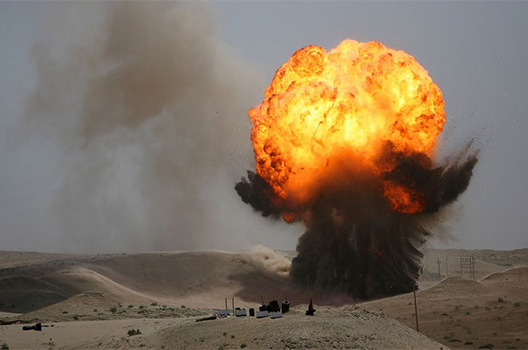 Abu Bakr al-Baghdadi, the leader of the Sunni extremist group known as the Islamic State of Iraq and Syria (ISIS), has a tough decision to make.

He can aim high and marshal all his human and material resources to consolidate his de-facto state in the borderlands of Syria, Iraq, and soon possibly Jordan and Lebanon. That’s a high-risk, high-reward strategy. Or he can drop the idea of statehood altogether and focus on excelling at something smaller: the creation of the most lethal clandestine terrorist organization in the world that could supplant Al-Qaeda. That’s a limited objectives, low-risk strategy. The choice is clear: it’s between setting up a state and setting up shop, it can’t be both, and what al-Baghdadi picks will have serious implications for the future of his group, the Middle East, and that of transnational jihadist terrorism.

There are unique benefits to the first option. If al-Baghdadi succeeds in establishing a physical state, he would be the first jihadist leader to rule over a real Islamic Caliphate built on jihadist laws and principles. The jihadists’ dream would finally come true. Al-Qaeda has been calling for the creation of such a state since its inception in the early 1980’s, and its various franchises in Northern Africa, the Levant and the Arabian Peninsula have tried over the years to seize territory and force sharia law on its inhabitants. But the land they have sought to control is small and barren, making it strategically insignificant and practically ungovernable. In contrast, the areas that al-Baghdadi has taken over are vast, sufficiently populated, and rich with resources including oil, making them ideal for governance.