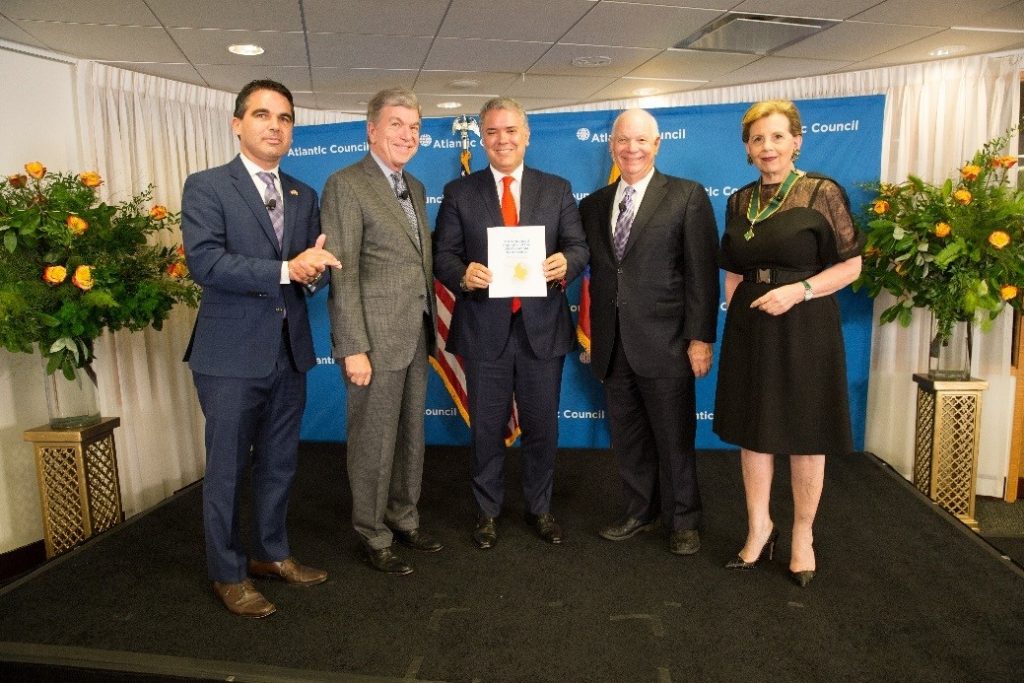 On September 26, the Atlantic Council’s Adrienne Arsht Latin America Center hosted the President of Colombia Iván Duque for the launch of the US-Colombia Task Force report, which lays out a modernized plan for the bilateral relationship. Frederick Kempe, Atlantic Council president and CEO kicked off the event with introductory remarks. Senators Roy Blunt and Ben Cardin, who co-chaired the Task Force, sat down for a conversation with Jason Marczak to discuss how to build upon the US-Colombia bilateral successes to ensure sustainable prosperity in the years to come. Following an introduction by Adrienne Arsht, President Duque gave keynote remarks, highlighting the strategic importance of the bilateral partnership, but also emphasizing how a revamped relationship can help to tackle top challenges both in Colombia and the region. Lastly, the CEO and acting president of the Overseas Private Investment Corporation (OPIC) David Bohigian provided closing remarks on how OPIC will continue to be a source of financing for Colombia and its commitment to be a key player in a modernized US-Colombia relationship.

Importantly, President Duque asked his team to use the report as the blueprint for their conversations with Secretary Pompeo and said to personally count on him for the Adrienne Arsht Latin America Center’s follow-up launch in Colombia.