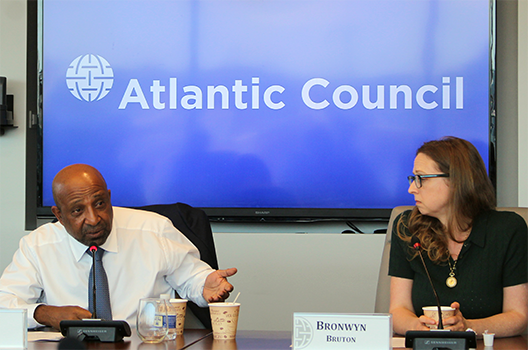 On Tuesday, June 4, the Africa Center hosted a private roundtable with Ethiopian opposition party leader Dr. Berhanu Nega. Dr. Nega provided insight into the challenges involved in staging credible elections by May 2020, explaining the difficulties of resolving ethnic-based conflicts and tribal alliances without constitutional reform. He also emphasized the need to move away from ethnically-based political parties, citing his party’s leadership on that front. Participants had the opportunity to further engage Dr. Nega on the potential role of outside mediation in Ethiopia’s political reform process and Ethiopians’ perception of reformist Prime Minister Abiy Ahmed.