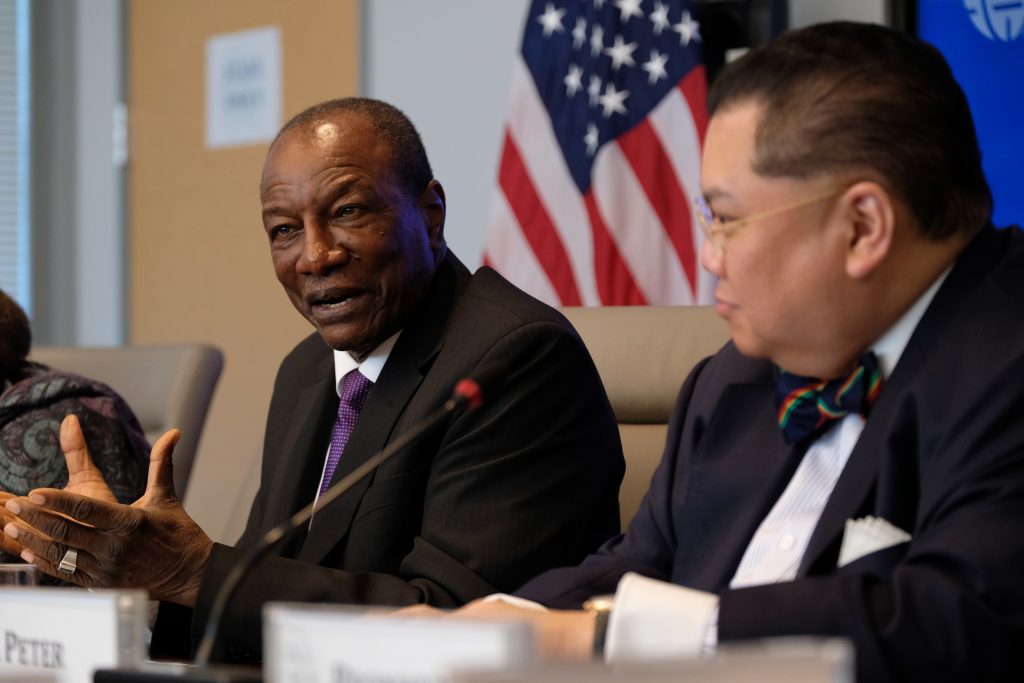 H.E. Professor Alpha Condé, President of the Republic of Guinea, speaks at a private round-table discussion at the Atlantic Council. (Atlantic Council/Jasper Gilardi)

On Thursday, September 19, the Africa Center hosted a private roundtable with H.E. Professor Alpha Condé, president of the Republic of Guinea.

Despite international concern over adherence to term limits heading into 2020 elections, President Condé stated that Guinea is “on the right track” and is increasingly a voice that is listened to in Africa and around the world. President Condé noted that recent reforms have improved the business climate in his country, and he relayed a desire to attract expanded US trade and investment. In attendance for the conversation were the Guinean ministers of mines and investment, the ambassador of Guinea to the United States, DAS-level representatives from the US government, corporate executives, and senior NGO staff.