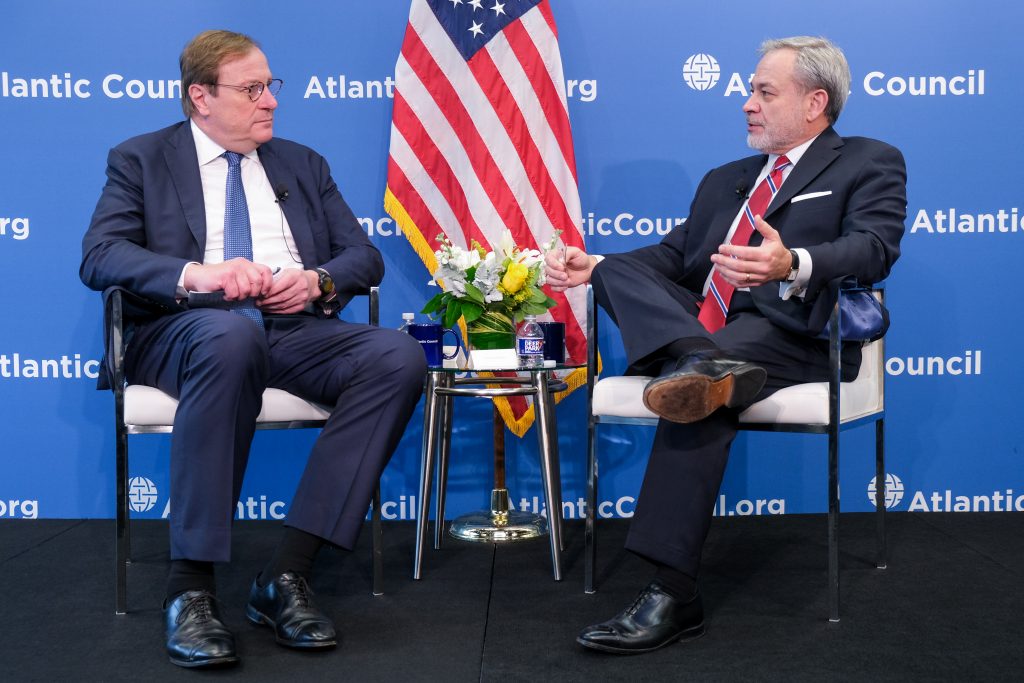 Brouillette began his keynote remarks by highlighting the real and potential implications for US energy policy on the West. He discussed how, over the past ten years, the United States has transitioned from an energy import-dependent country to an energy-independent country, and now stands as a dominant global energy exporter and producer. This transformation has fundamentally altered the role of US energy policy around the world. Brouillette underscored that US energy security remains an essential component of national security, and that an energy-independent, energy-diverse United States benefits allies in Europe and across the Americas. As a highpoint, Brouillette took the opportunity to announce a $64 million federally funded low emission coal research program, “Coal FIRST,” in tandem with an additional $100 million in government funding for new solar energy research. According to Brouillette, continued investment in these sectors, along with new funding for civil nuclear energy research, will allow for the United States to bolster its energy security through diversification.

learn more about the event