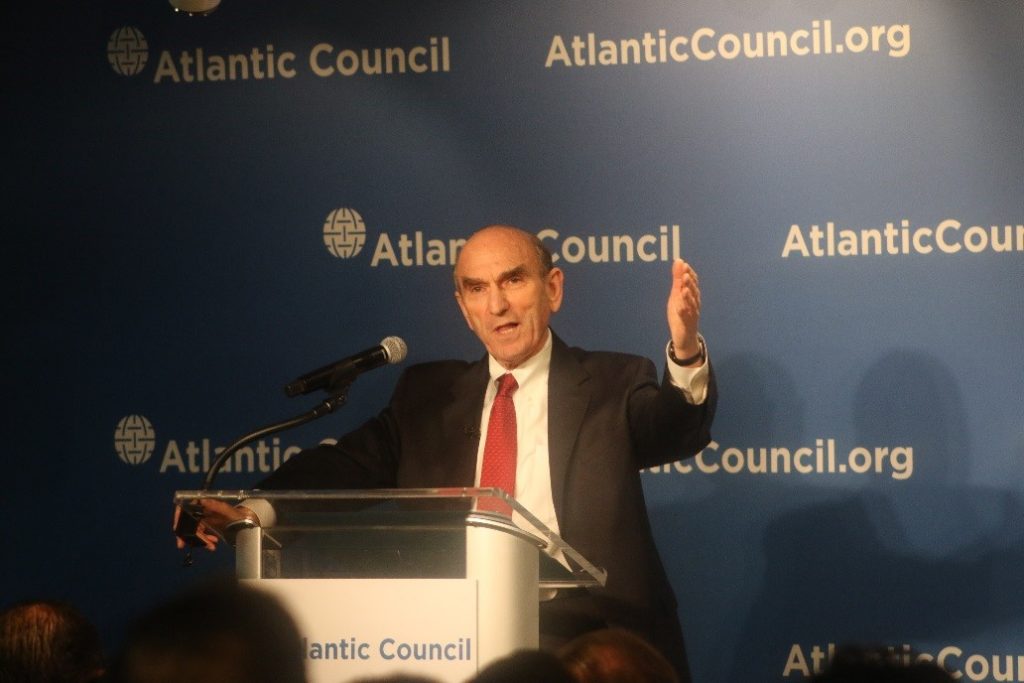 On April 25, the Atlantic Council’s Adrienne Arsht Latin America Center hosted a discussion that laid out a vision for what the future of Venezuela could look like after democracy is restored. US Special Representative for Venezuela Elliott Abrams provided a policy address calling for inclusion to accelerate Venezuela’s democratization process, noting that dissident Chavismo and supporters of Nicolás Maduro’s PSUV [United Socialist Party of Venezuela] party are entitled to a role in rebuilding the country.

Every day that the Maduro regime remains in place, the conditions in Venezuela further deteriorate. But this doesn’t have to be the country’s future. With a democratic transition, reconstruction will bring international funding and assistance to help reclaim the country’s once bright prospects. It will also require a collective effort from Venezuelan leaders across the political spectrum, including dissident voices from democratic actors in the country, and key players from the international community such as multilateral organizations and multinational corporations. This event, which also included a private discussion and a press briefing with Special Representative Abrams, sought to raise awareness around what could be a different future for Venezuela, and how do we get there, and how would this translate into improved lives for the Venezuelan people including the military.