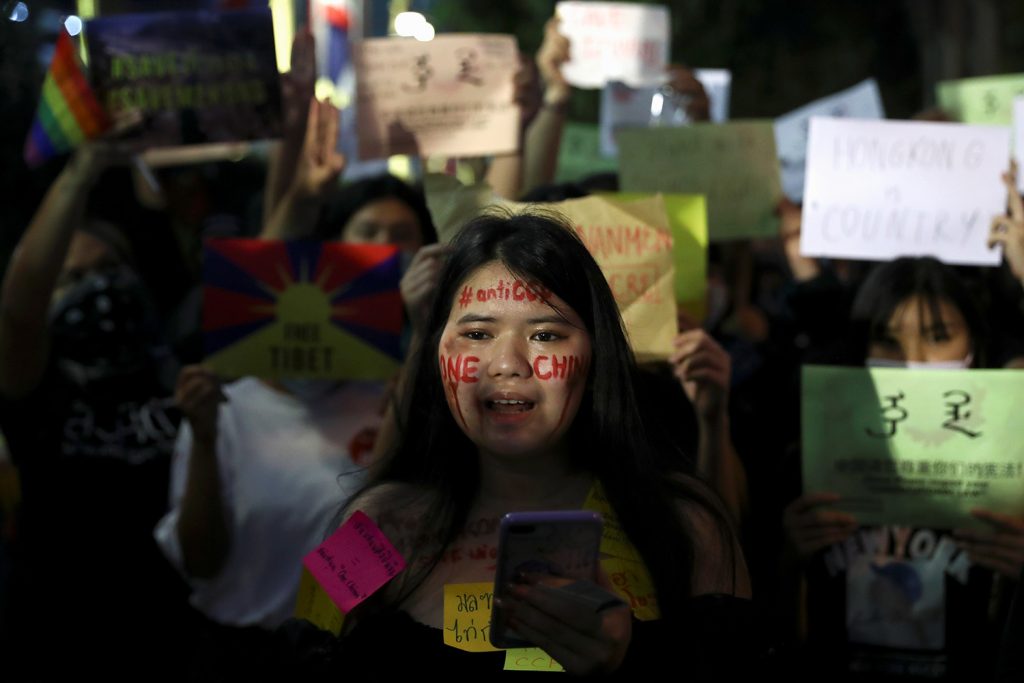 360/Open Summit: The world in motion

NATHAN LAW: Hello, everyone. I’m Nathan Law, Hong Kong activist now exiled in London. I’m also a student protest leader, the youngest-ever elected legislator in Hong Kong, and also a political prisoner. Today, I’m honored to be participating in the panel. And thank you, the Atlantic Council, for your invitation. It means a lot to me to spread the word for Hong Kong and also raise awareness for what’s happening on the ground.

Also, today’s panel is about civil movements in a digital age in Asia, and it reminds me [of] two main themes. The first one is the tapping of technology in Hong Kong’s protests in 2019. And also the emergence of the Milk Tea Alliance, a virtual community shared by protesters in Southeast Asia.

In 2019 in Hong Kong, we always call it a leaderless movement because we didn’t have clear leadership. We don’t have a leading organization or leading individuals to guide people on how to protest or what to do. So the people have evolved organic ways of constructing their ideas, executing their ideas, and [selecting] the ideas to determine whether it is good or it is bad. I think it is a fascinating organic structure and it really involved ideas of direct democracy. And good ideas, indeed, prevail in this process. So I think this is actually quite a good form of democracy when we are fighting for democracy and to execute that idea into the process of fighting for it.

So, in Hong Kong in the early age of our protest, we had our public forum and social media as incubation. People just lock in, and then express their ideas, and then propose action items which, people in public forum, they have mechanics, and they’ll vote thumbs up or thumbs down. So it was seen as a rating system. People with a certain email address—verified email address—could register an account and participate in the discussion and rate the ideas. And when certain ideas get popular, it would become a heated post that more and more people [see]. And if it is being agreed by a lot of people, getting a lot of thumbs up, they draw a small group of people into a Telegram group, which we start into a discussion stage. And they or a small group of people finalize the details of the protest and also come up with concrete plans. And for the others, they see whether that concrete plan will work or they just wait for information online when they’re expecting that event coming.

And at the end, when we have an event, when we have some promotional materials in place and lots of people with different expertise joining the group in order to promote and realize it, most of the time it’s for the people on the ground to determine whether they will do it or not. If they felt like they were not secure or there were already too many police on the site or their actions were infiltrated, they [could] pull off. There were times when there were plans and there were events organized, people on the ground, they just didn’t feel well and they just pull off. So we kind of have that mechanism.

And when an event was over, people just followed it into the forum and to review and to see what could be done better and to analyze. And that becomes a cycle: When they analyze, they learn, and they try to apply it to the next action.

So it was a fascinating organic structure, and I think there are reasons why there is an emergence in Hong Kong’s protests. First of all, many of us, if not all in our generation, and actually many in older generations, are tech-savvy. We are a very cosmopolitan city. People are used to using mobile phones or online applications, [fora], things like that. So we have that kind of infrastructure to draw everyone into the discussion and to make the penetration of information and discussion as much as possible.

And certainly, also there’s a large part in the intention of people getting involved in the tech place in that process. And I think that is fascinating because it is more democracy-involved than the old ways of organizing protests. For example, in the 2014 protest, it was mainly the student leaders taking control of the direction. And sometimes there were actions or there were thoughts that they couldn’t think of because there were only like tens of dozens of brains. But now we’ve got thousands or hundreds of thousands of brains that are working simultaneously, and they can think of things that are no longer limited by the political stance of the leaders, et cetera. So they can [conjure] up a lot of ideas and people can be involved voting, and it’s a demonstration of democracy. So I think this is a method that increases diversity and makes it more versatile—and makes it more fitting to our democratic values.

So I think there are a lot of backgrounds really nurturing that kind of organic system. But that’s definitely something that we should look into if we want to understand how technology impacts protests. I think Hong Kong in 2019 is a very good case example to be examined.

And the other will definitely be about the Milk Tea Alliance. The Milk Tea Alliance emerged recently when there were protests in Myanmar, in Thailand, and in Hong Kong, and people in the region, they just want to support each other. I felt really amazing when I first heard the term because it kind of gave [us] legitimacy to support each other’s protests. And before, when this term was not invented, when there were protests in Thailand, I felt quite reluctant to file my support because I didn’t know how to position myself. But with the emergence of the virtual community, I could just say that I am supporting members of the community. It makes sense when I step out and voice for them. It kind of gives me the legitimacy to support the members who are also suppressed for also supporting democracy in that virtual community. And we talk more to each other, and we support each other more. So it kind of like incubates a community based on values, based on protest action, and could amplify our voice and broadcast our voice into a larger distance, into a larger world.

So I think this is one of the things that the internet could do. They could break borders. They could squeeze time and minimize barriers in between people. And I think that is also a demonstration of how the internet could shape our movement or at least to help our movement, and to create dynamics and connections that we could have never imagined before. And with the emergence of this new identity, new virtual community, we can definitely create larger protests on our soil, in our country, than before.

So I think these are really great characteristics of how citizens movements in Asia take advantage of technology. And I think these could definitely inspire numerous political theorists or people who are interested in how to organize protests and to take it as a case example, and to really amplify our voice and to make our global movement more impactful.

Thank you so much.

Image: An activist with message on her face reacts as she takes part in a Milk Tea Alliance demonstration against China near the Chinese embassy in Bangkok, Thailand on October 1, 2020. Photo via REUTERS/Athit Perawongmetha.