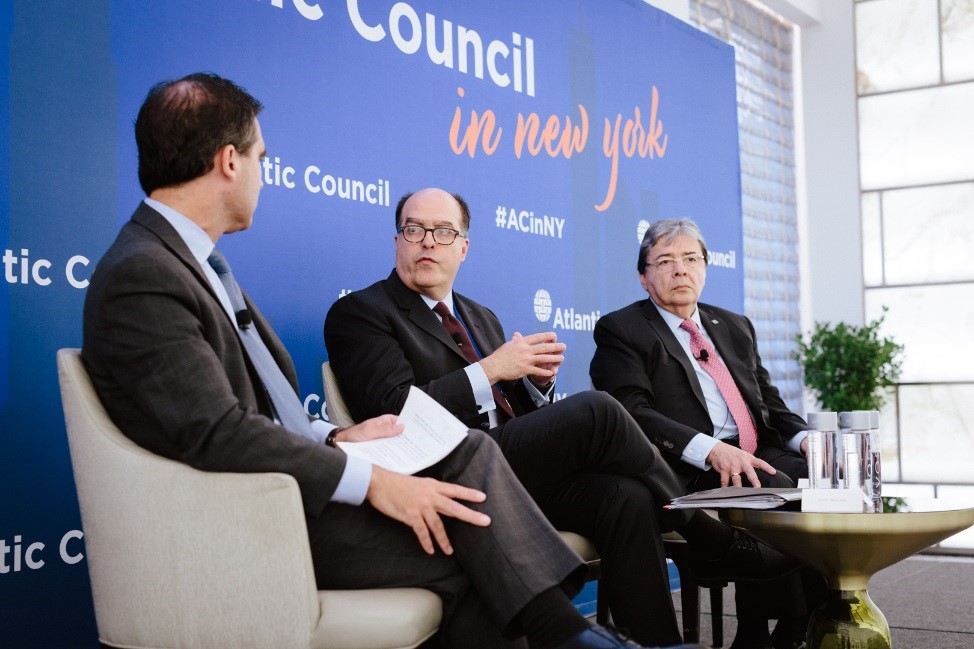 As world leaders gathered in New York for the 74th session of the United Nations General Assembly, one crisis – Venezuela – threatens to increasingly spread beyond its borders without renewed international attention. The Western Hemisphere’s largest man-made emergency is the result of years of Nicolás Maduro’s failed economic policies, cronyism, corruption, and systemic human rights violations. Now is the time to refocus and reaffirm the world’s attention to the global implications of Venezuela’s humanitarian crisis.

On September 23, the Atlantic Council’s Adrienne Arsht Latin America Center hosted a high-level public event to raise further international awareness of the Venezuela crisis and its regional implications. “Priority Venezuela: The Global Reverberations of a Humanitarian Crisis”. The event generated renewed attention to the economic, social, and political rights violations in Venezuela, as well as the increasingly deteriorating humanitarian crisis in Venezuela and the resulting humanitarian impacts in the region.

The conversation focused on ways that the international community can step up collective efforts to accelerate a peaceful democratic transition in Venezuela, how it can mobilize additional resources to address the growing humanitarian crisis in Venezuela, and the need of the more than 4.4 million Venezuelan migrants that have fled to neighboring countries.
The event consisted of two panel discussions with high level speakers from Latin America, the United States, and Europe. The first panel, moderated by Paula Garcia Tufro, deputy director of the Adrienne Arsht Latin America Center, included remarks by Edita Hrdá, managing director for the Americas of the European Union; Juan Pablo de Laiglesia, secretary of state for international cooperation of Spain; Carlos Vecchio, Ambassador of the interim government of Venezuela to the United States; and John Barsa, assistant administrator at the bureau for Latin America and the Caribbean of the United States Agency for International Development. Following the first panel, Jason Marczak, director of the Adrienne Arsht Latin America Center at the Atlantic Council, moderated a discussion with Carlos Holmes Trujillo, foreign minister of Colombia; Julio Borges, presidential envoy for foreign affairs of the interim government of Venezuela; Frederick Kempe, president and CEO of the Atlantic Council and Damon Wilson, executive vice president of the Atlantic Council, delivered opening and closing remarks for the event. Other notable attendees included Denise Natali, assistant secretary of state, Bureau of Conflict Stabilization Operations; and Michael McKinley, senior advisor to the secretary of state.