As the Syrian civil war marks a decade of destruction and displacement, millions of refugees are forced to endure harrowing journeys and create new lives from scratch. Do Seagulls Migrate?, a new documentary from the Atlantic Council, chronicles the lives of four Syrian women who fled their war-torn homes to seek survival, prosperity, and a new life in Turkey. Do Seagulls Migrate? reveals the refugee experience first-hand as Reem, Khloud, Inam, and Reem M. share their emotional journeys, forge new experiences, care for their families, and build new careers.

Each refugee’s story is extraordinary in its own right, but given the backdrop of ten long years of civil war, Do Seagulls Migrate? profiles stories of perseverance. Reem, a journalist who cannot go back to her raided home in Aleppo, strives to document the voices of dissidents fighting for their homeland. Reem M., a fashion designer and mother of two, struggles to process her mother’s death after an attack ordered by the Syrian government. Khloud, a teacher whose house was bombed and destroyed in Syria, knows she cannot return but dreams of continuing her connection with children as an educator. Inam, a talented cook and mother of four, who, along with her husband, fled the war struggles financially to find a home and sustainable income. As the documentary unfolds, each of these women seizes opportunities to move their lives and new communities forward.

Turkey, which is home to the world’s largest refugee population, now hosts close to 4 million refugees and asylum-seekers, including 3.6 million Syrians. As populist rhetoric is on the rise all over the globe, Turkey is no stranger to those same political forces. Do Seagulls Migrate? stands as a counterpoint to populist arguments by spotlighting the resilience and impact these four refugees symbolize in Turkey and beyond. As productive members of their community, their stories of self-reliance, entrepreneurship, and determination highlight the refugee story as one of contribution, especially to the economies of countries where they find shelter.

Global migration continues to be a political issue intersecting with human rights, climate change, development, and geopolitics at the national, regional and international levels. Do Seagulls Migrate? is a vital document to understand the Syrian refugee experience in Turkey. But the film also goes beyond the headlines of the global migration issue to feature the voices seldom heard.

Inam and her husband were afraid for the safety of their four children when the war in Damascus intensified in 2012. They first fled to Egypt to escape the violence. But after a year, the uprisings against the regime intensified in Egypt and Inam and her family once again fled, this time to Dubai. After a year in Dubai, they spent their savings to get a residence permit. All the schools for their children were private and very expensive. The financial burden meant they could not stay in Dubai and so they decided to move to Istanbul in 2014. The Life Kitchen Project by IDEMA, a social development NGO, changed Inam’s life in Turkey completely. The project, which combined food entrepreneurship training, sparked her own talent and diligence in cooking. This led Inam to begin a catering service and serve as a trainer at Life Kitchen. The project helped Inam connect to a community of Turkish and Arab women who supported each other in the kitchen and forged friendships that continue today. Inam can cook the dishes of many cultures such as Indian, Turkish, Italian, and Middle Eastern cuisine. She still prepares the small orders she receives today in the kitchen of her home, and the large orders at Life Kitchen. She now has a cooking show on a Libyan channel, sharing her passion for cooking with a growing audience. Inam has not seen her family since she left Syria in 2012. But she is also very proud that she started a new life in Istanbul where she is living under temporary protection status. Saying that she will never find such an opportunity in Damascus. Inam says her job gave her a new life. “I do my favorite job and earn money,” she says.

Reem M. graduated from Aleppo University Faculty of Fine Arts, Fashion Department in 2010. Before the war, she was selling her own fashion line to countries throughout the Persian Gulf and Europe. With violence escalating in Syria, she came to Gaziantep with her husband and daughter. Although Reem M. thought she would return to Syria after only a few months, she realized that it was too dangerous to go home. In 2013, her second daughter Selina was born in Turkey. In the same year, Reem M.’s mother was killed in an attack by Assad’s forces in Syria. After she received the news, Reem M. returned to Syria as a fugitive for 10 days to help lay her mother to rest. In her first years in Turkey, Reem M. found work in humanitarian aid. Meanwhile, during this period, she and her husband separated. But in 2016, Reem M. started her own company, Dantel Organization, designing and organizing weddings, circumcision ceremonies, henna nights and birthdays. In 2019, she designed the dress that Waad Al-Kateab wore to the Oscars for a movie nominated called “For Sama”. On the dress, she inscribed in the Arabic alphabet, “We dared to dream and we will never regret our pride”. Through this design, Reem M. says that with an inexpensive, plain dress, Syrian women spread their message to the world. Reem is very happy to educate her daughters in Turkey. Reem is living in Turkey with a temporary protection status.

Khloud was an Arabic teacher in Damascus before the war. She was living a socially and financially fullfilling and comfortable life with her family  During the war, her house was bombed and destroyed, luckily, she and her family were not home at the time but the body of their deceased neighbors could not be removed from the wreckage for 5 days. After a year of living and working in Egypt under difficult conditions, she decided to travel to Istanbul, Turkey in 2013.  Although Khloud did not know anyone in this city when she arrived, she found a job in a language course after four months. She founded Turkey’s first virtual school, Fasih, after seeing the difficulty Syrian students had in understanding the Turkish curriculum. The virtual school provides many services, including Turkish and Arabic courses, as well as the MEB Curriculum in Arabic for students from 1st through 12th grade. School enrollment is growing rapidly and currently at over a thousand students, while 25 teachers, who can teach in both Arabic and Turkish, are now employed at the school. The initiative, implemented three years ago, saw even greater demand as coronavirus forced students across the globe to learn virtually. Khloud believes her success as an entrepreneur is due, in large part, to living in Turkey and she says a woman would not be allowed to follow such a path in Syria. This is a story of her success from war to a place where she found opportunity.

Reem was studying Arabic Literature in Aleppo when the Syrian War started. As activists and security forces clashed in Aleppo, the Assad regime prevented widespread media coverage of the protests. Reem, an anti-Assad dissident and activist, began filming the demonstrations she attended on her cell phone for foreign press. But in one of the demonstrations she attended, she was shot in the chest by one of Assad’s soldiers. In 2012, she came to Gaziantep, Turkey and took classes on journalism. During her studies in Gaziantep, her house in Syria was raided. Reem, who received the news from her mother, realized she could no longer return to Syria. Now a journalist without borders, she thought of a way to continue her journalism by starting a radio station broadcasting from Turkey. Regime soldiers were bombing radio stations in Aleppo and trying to prevent both the public and the foreign press from receiving news, but Reem found a way to create vital radio that could reach out to Syrians in Syria and become the voice of dissidents. Reem met her husband, an activist like her, through the radio station and the couple has two daughters. They own a studio for video production and the radio station continues to broadcast as the voice of immigrant Syrians living in Gaziantep. 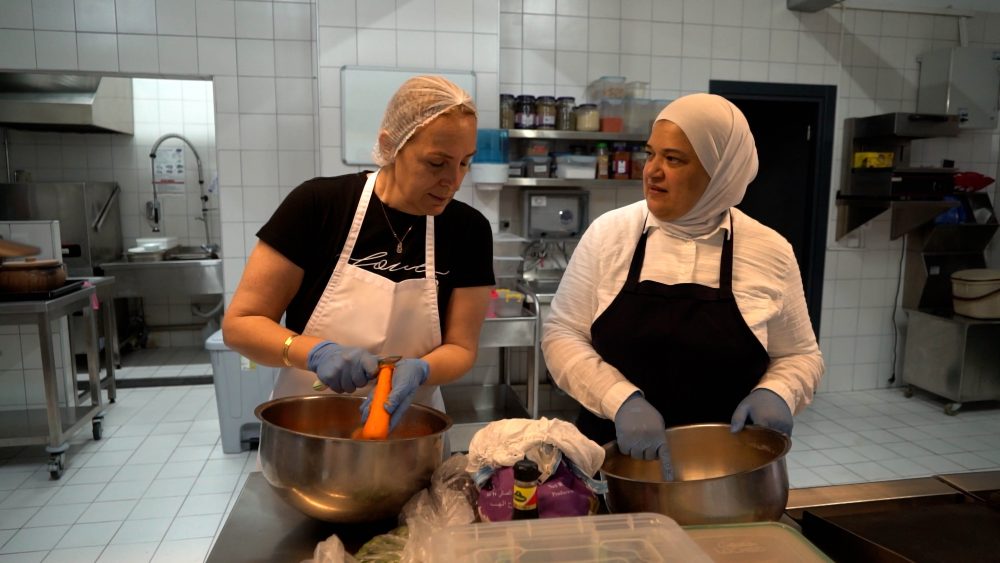 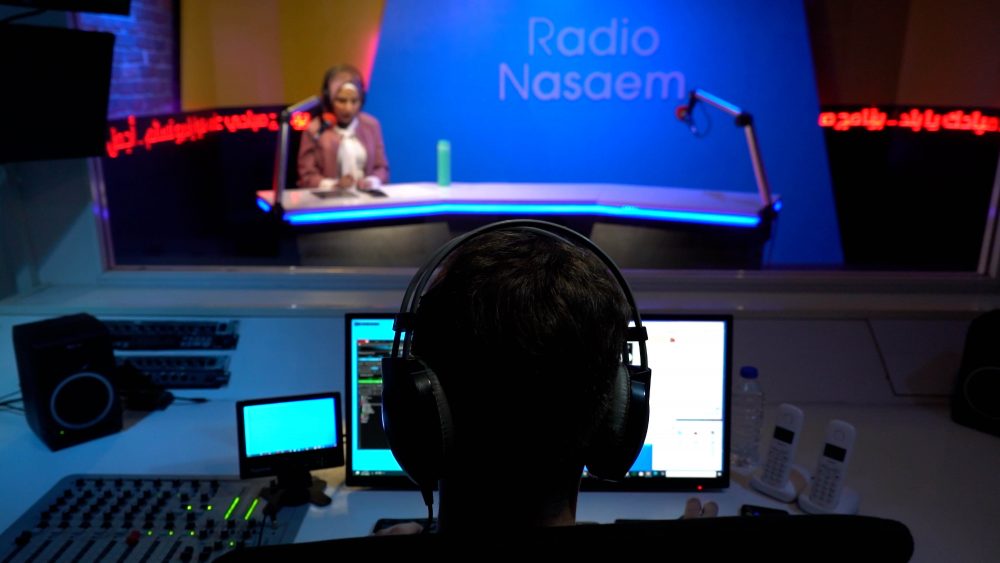 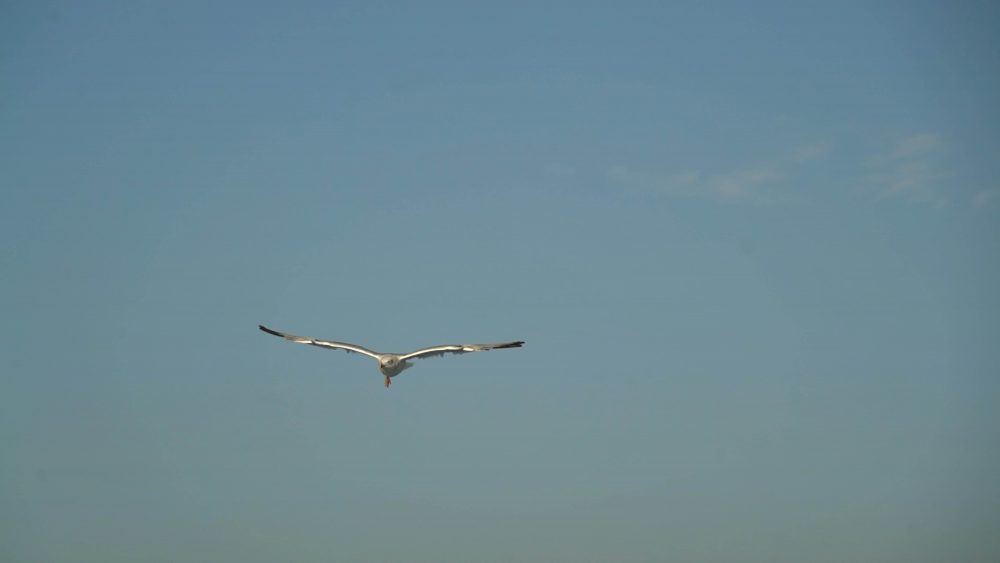 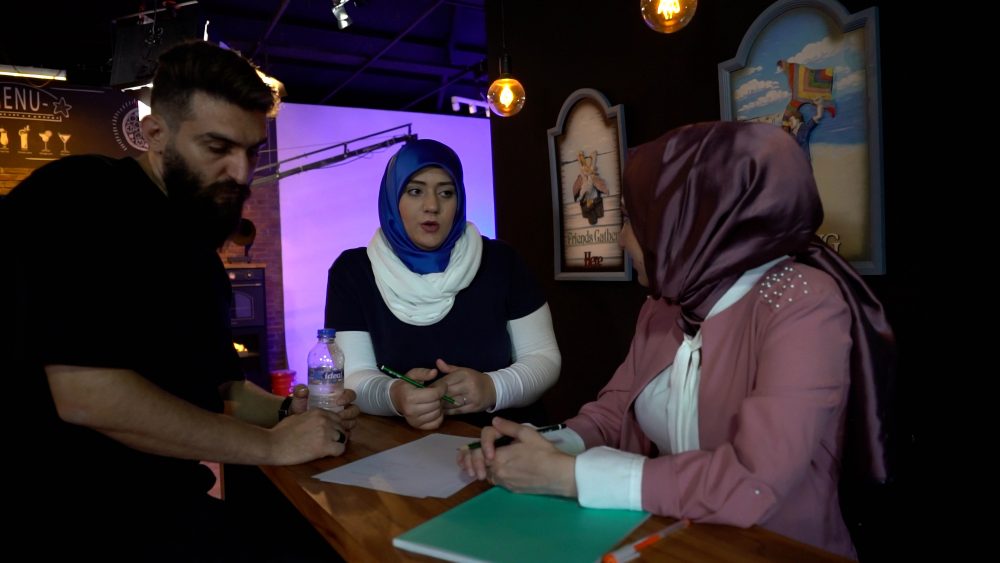 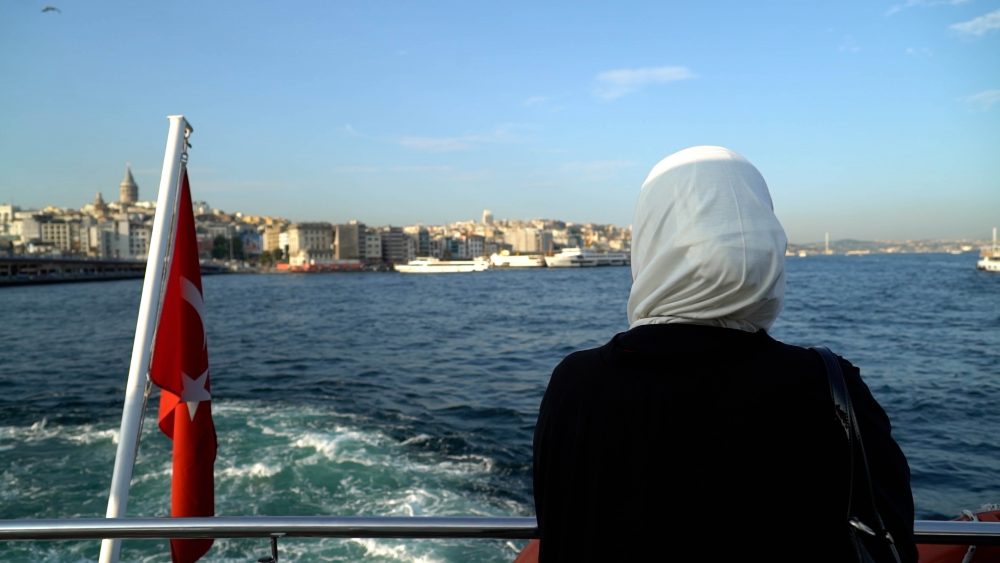 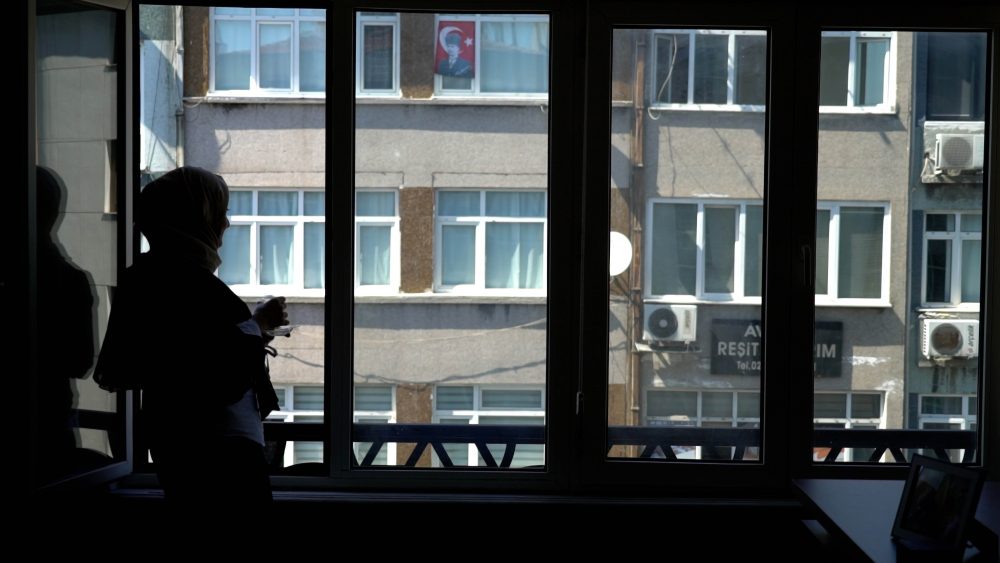 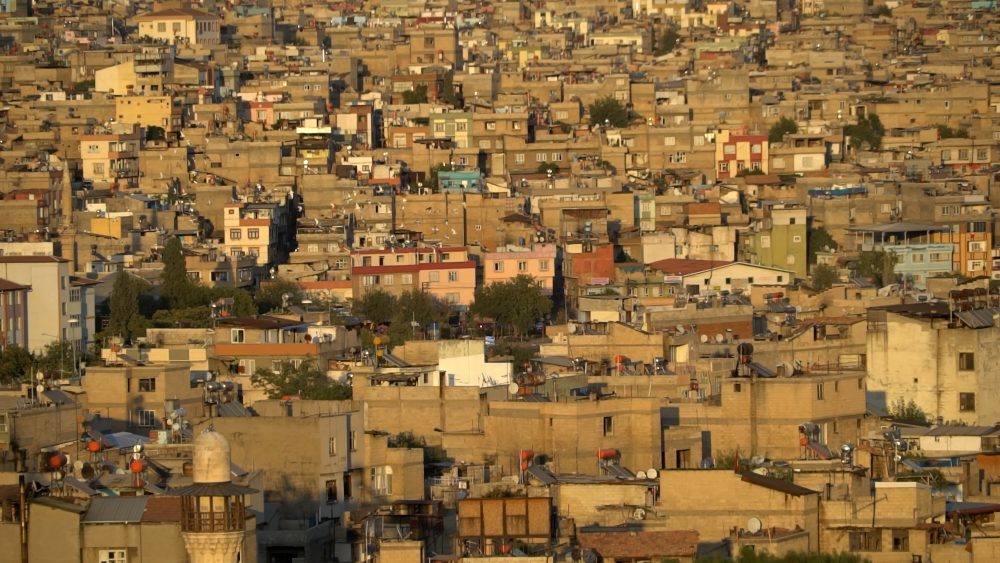 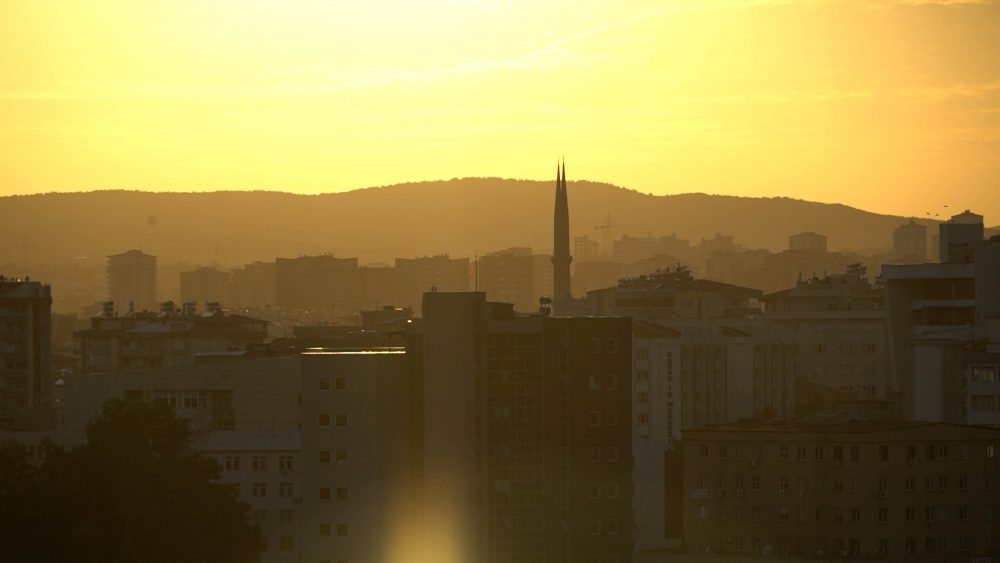 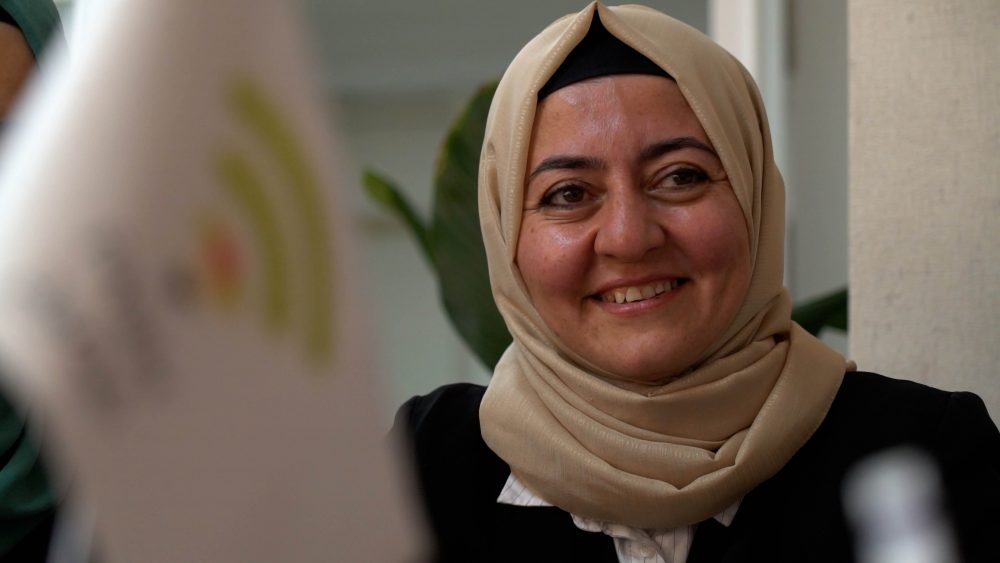 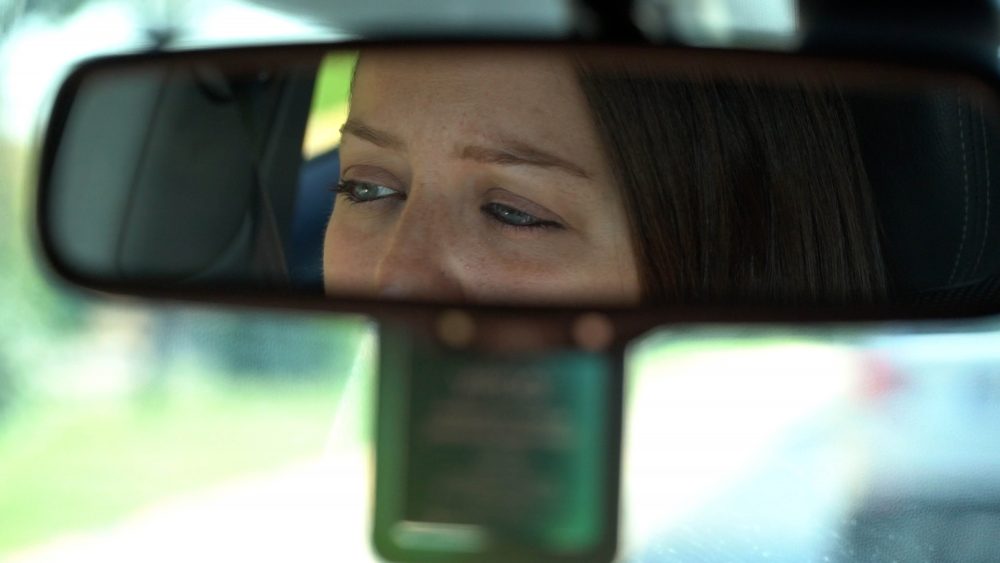 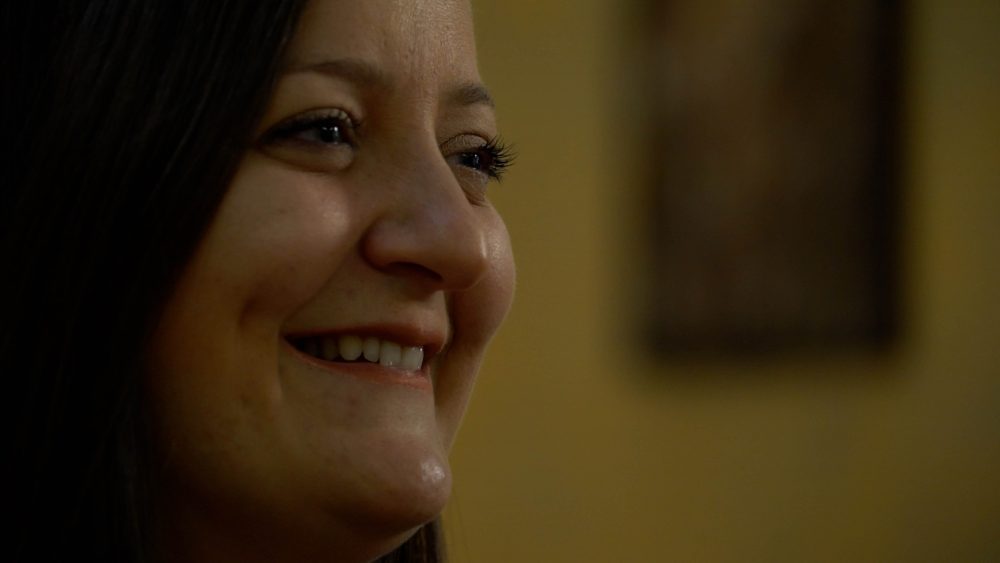 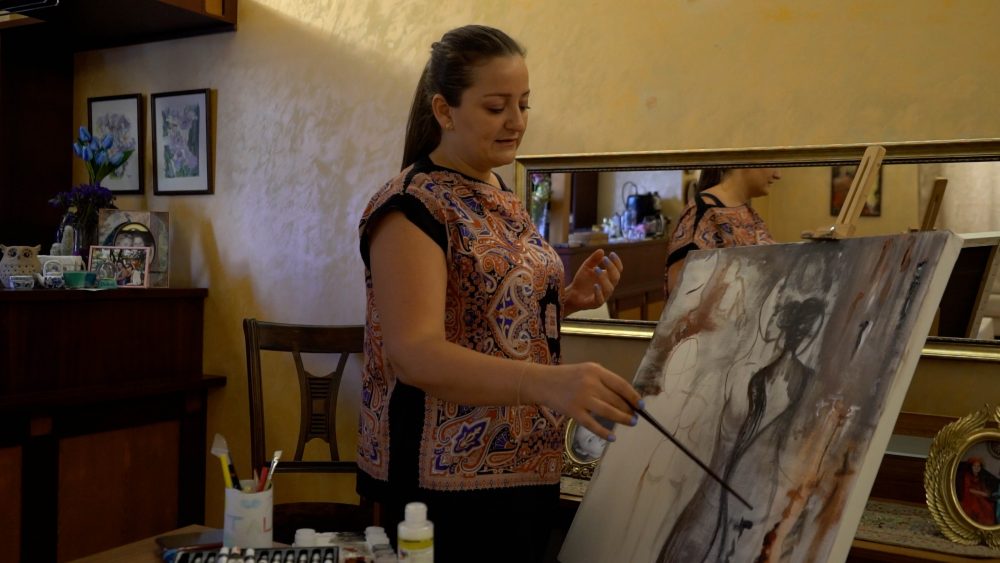 Premiere of the documentary “Do Seagulls Migrate?”

The premiere of Atlantic Council’s first ever documentary, Do Seagulls Migrate? at the Kennedy Center in Washington, D.C., which focuses on the compelling stories of four Syrian refugee women in Turkey.

If you are interested in hosting a private screening of Do Seagulls Migrate?, please contact Grady Wilson at [email protected].

The Atlantic Council in Turkey aims to promote dialogue and strengthen transatlantic engagement with the region through research, programming and high-level discussion forums to address critical issues around energy, economics, migration, and security.