In partnership with the Korea Foundation, the Atlantic Council’s Asia Security Initiative, housed within the Scowcroft Center for Strategy and Security, recruited the program’s third annual class of Fellows in 2022. The Atlantic Council-Korea Foundation Journalist Fellowship is a unique opportunity for early/mid-career, US-based journalists working in US media to make a reporting trip to South Korea. They meet with leading experts and government officials in Seoul and Washington, DC to develop a deeper knowledge of South Korea’s evolving role in Indo-Pacific geopolitics and across the world, as well as the most critical economic and security issues within and beyond the Korean Peninsula.

The overarching theme for the 2021-2022 program is South Korea’s rapidly evolving role within the shifting geopolitical and economic landscape of the Indo-Pacific. From the deepening of the US-ROK alliance in key areas such as critical technologies and trade, to the rapid increase in private investments made by South Korea’s leading firms in the United States and throughout the region, to Seoul’s growing “soft power” influence in pop culture worldwide, international media coverage of South Korea’s heightened presence within the region and the globe has expanded significantly. In the same vein, the 2021-2022 program covered a wide set of key policy issues, including: heightened tensions between North and South Korea driven by recent nuclear missile tests conducted by Pyongyang; the results and policy implications of the presidential election in the ROK in March 2022; Seoul’s stance on new regional multilateral security mechanisms such as the Quad and AUKUS; prospects for US-ROK-Japan trilateral cooperation; and other non-traditional security issues such as supply chain resiliency, energy security, digital trade, and emerging and advanced technologies.

The 2021-2022 delegation convened with several Korean Ministries including the Ministry of Foreign Affairs, Ministry of National Defense, Ministry of Unification, Office of National Security, and Seoul Metropolitan Government. The journalists also deepened US-ROK relations by meeting with organizations from diverse sectors including economically with LG Energy Solution, culturally through news outlets Chosun Ilbo and JoongAng Daily as well as HYBE entertainment company, and socially through engagements with North Korean defectors and visits to the Demilitarized Zone (DMZ) and the War Memorial of Korea.

Economics and Finance News Editor, POLITICO Adam Behsudi is the Economics and Finance News Editor for POLITICO. He previously worked as a Communications Officer for the International Monetary Fund. Before joining the IMF, Mr. Behsudi spent seven years at POLITICO, helping to launch the trade coverage and chronicling the dramatic changes in US trade policy between the Obama and Trump administrations. Prior to this, he served as an Associate Editor for Inside US Trade. Mr. Behsudi attended American University, where he received his Master of Arts in Interactive Journalism. He received his Bachelor of Arts in Journalism from the University of Missouri-Columbia.

Writer, Vanity Fair  May Jeong is a Writer for Vanity Fair. She previously served as a Visiting Scholar at the New York University Arthur L. Carter Journalism Institute and as a Logan Nonfiction Fellow at the Carey Institute for Global Good. Ms. Jeong is best known for her investigation into the MSF hospital bombing in Afghanistan for The Intercept. Her work has also been published in the New York Times and Harper’s. Ms. Jeong graduated from the Trinity College at the University of Toronto with an Honours Bachelor of Arts.

World News Editor, Axios Dave Lawler has been working at Axios for five years during which he has served as Deputy News Editor, Associate World News Editor, and now serves as the World News Editor. Prior to joining Axios, Mr. Lawler held positions Editorial Assistant and Washington Reporter for the Daily Telegraph. He attended Villanova University, where he received a Bachelor of Art degree in Political Science with an International Relations Concentration.

Producer, CNN Inwook Song has been a Producer at CNN for almost three years. Prior to joining CNN, he worked for both Fox Business Network and Fox News TV, holding several positions including Production Assistant, Associate Producer, Writer, Regional Producer, and most recently Producer. Mr. Song previously served as an International Researcher for the Munhwa Broadcasting Corporation and Operations Sergeant for the US-Korea Joint Military. He received degrees in Journalism from the University of Missouri-Columbia, Journalism and Political Science from Sungkyunkwan University, and Journalism from the University of Oklahoma. 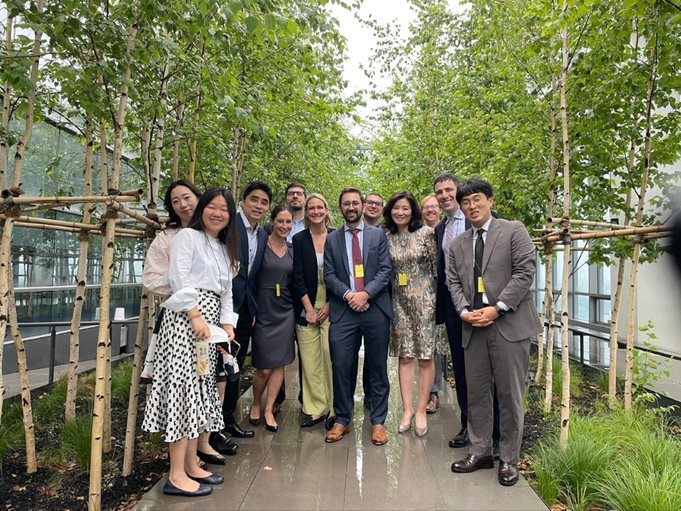 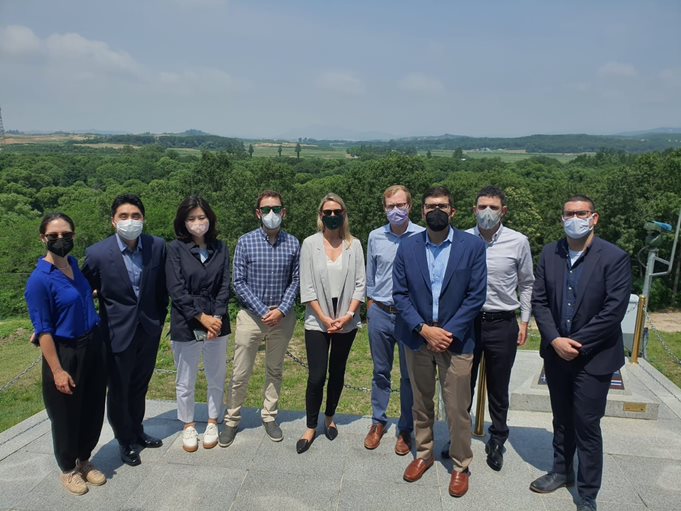 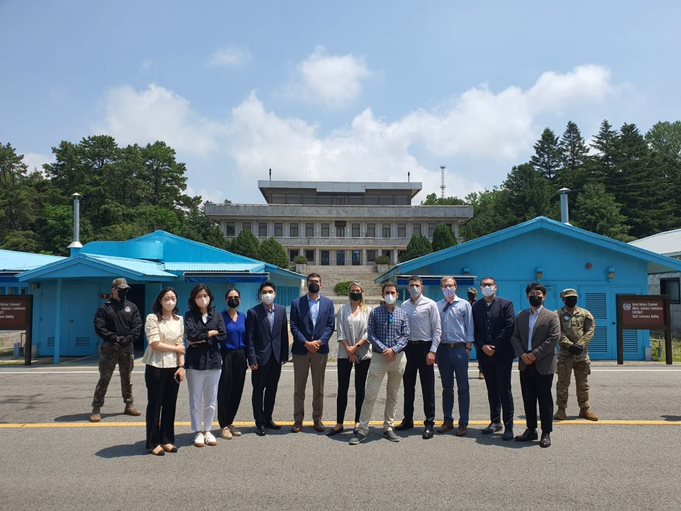 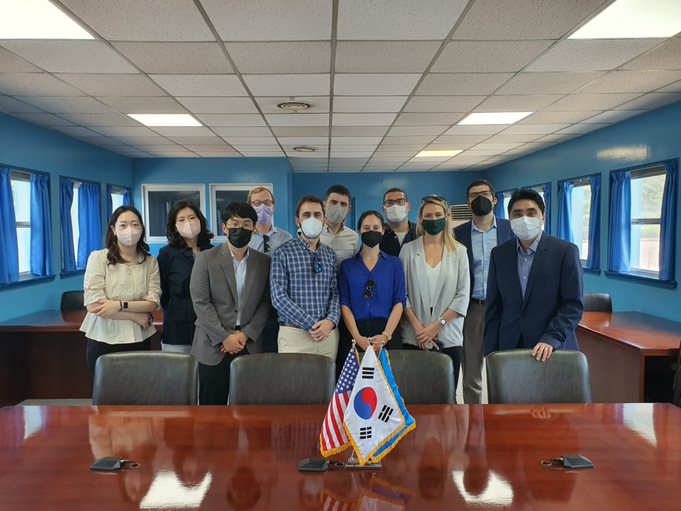 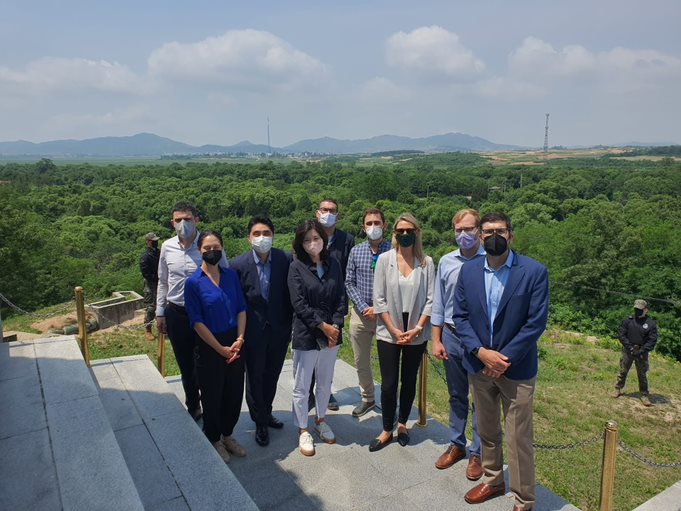 Pyongyang’s Not Picking Up the Phone

What South Korea’s power transfer means for China and Japan

Gramer featured twice in Foreign Policy upon return from Seoul

Lawler featured in Axios upon return from Seoul

On June 27, 2022, Atlantic Council-Korea Foundation Journalist Fellow Dave Lawler published an article, “South Korea would expect U.S. to intervene if China invades Taiwan, official says,” in Axios. After wrapping up one week in Seoul, Lawler reflects on a discussion from the trip of the new South Korean administration’s foreign policy priorities. In particular, […]

June 22-24, 2022, Atlantic Council-Korea Foundation Journalist Fellow Alex Ward was featured daily in POLITICO‘s The Inbox for “South Korea Sours on China,” “South Korea Signals Rapprochement with Japan,” and “Bolstered U.S. Military Presence Possible in Asia.” Based on continued conversations with South Korean experts and officials while in Seoul, Ward shares his insights on […]

On June 21, 2022, Atlantic Council-Korea Foundation Journalist Fellow Alex Ward was featured in POLITICO‘s The Inbox for “Explaining Pyongyang’s Silence.” Based on conversations with South Korean experts and officials while in Seoul, Ward shares his insights on North Korea’s recent silence. He highlights North Korea’s ravaged economy, US preoccupation with Russia’s invasion of Ukraine, […]