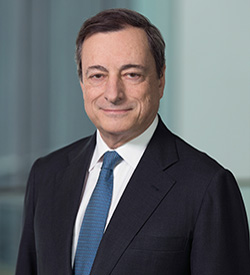 During his time at the Treasury, he chaired the committee that revised Italian corporate and financial legislation and drafted the law that governs Italian financial markets (1997-1998). He has also served on the boards of several banks and corporations (Eni, IRI, BNL, and IMI).

He has been a member of the Board of Trustees of the Princeton Institute for Advanced Study since 2009. He was previously an Honorary Trustee of the Brookings Institution and an IOP Fellow at the John F. Kennedy School of Government at Harvard University.

He has written and edited a number of publications on macroeconomic and financial issues.