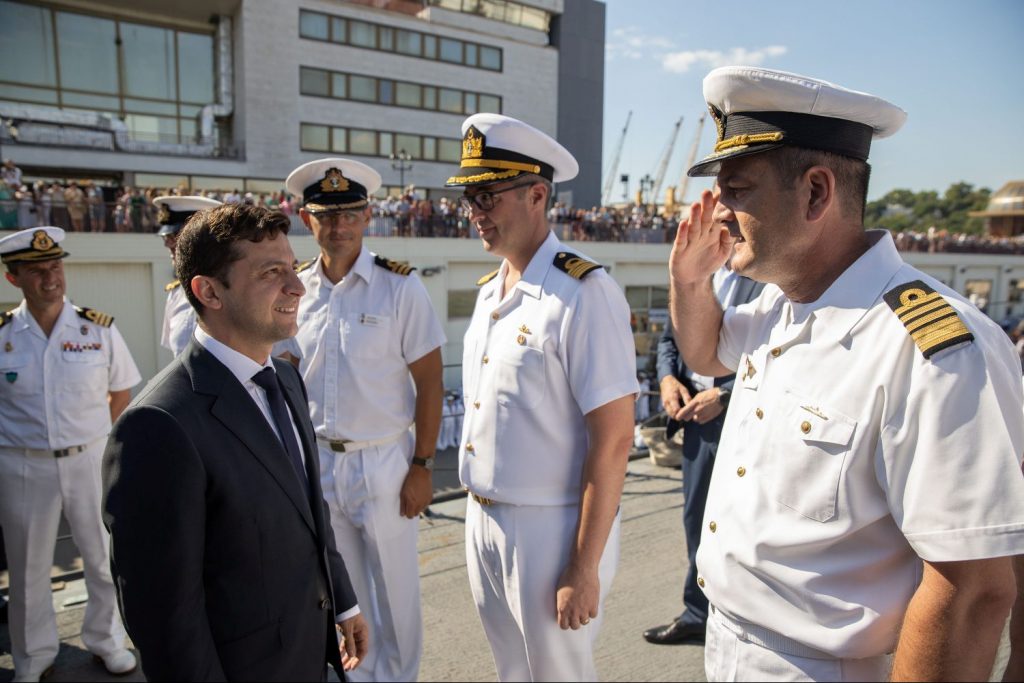 Two months after his landslide victory, President Volodymyr Zelenskyy is not only reshaping Ukraine’s domestic picture, but he is attempting to establish a new narrative in Ukraine’s foreign policy.  His mindset, style, and the composition of his team varies greatly from his predecessors. They represent generational change.

This new generation of leadership has rejected the psychological and emotional ties to Russia held by post-independence Ukrainian political leaders. They are no longer willing to be defined and considered to be within Russia’s sphere. They have obtained confidence through the performance of the Ukrainian military, and they are willing to be aggressive in pursuing new approaches to end the war and Russia’s occupation of its sovereign lands.

In post-election trips to Brussels and Berlin, Zelenskyy unequivocally asserted that Russia is a military aggressor, which does not respect Ukraine’s sovereignty. Moscow continues to challenge the idea of Ukraine, its historic veracity and borders, and has neither articulated, nor credibly shown that it is prepared to be a law-abiding, equal, or reliable partner in peace.

As did his predecessor, he also said that Ukraine perceives its future within the European community and the context of NATO’s security structure and is prepared to enthusiastically reformulate its national security posture to fit within these structures.

In seeking to present a new storyline in the West’s security posture, Ukraine is aware that it must dismantle the outdated perceptions that its western partners have of it, convincing them that it is no longer a lowly pawn in the West’s geopolitical confrontation with Russia, but a major and presumptive player in maintaining a democratic and freedom based world order.

Ukraine has embarked on a massive overhaul of the country and here are ten reasons why the US president should pay a visit.

In announcing a planned meeting in September between Presidents Donald Trump and Volodymyr Zelenskyy, Secretary of the National Security and Defense Council Oleksandr Danyluk stated after meetings in Washington: “There I had a clear goal—we developed a new agenda for security cooperation between the United States and Ukraine. There is a serious change in the role of Ukraine. It is time to move away from playing the victim role. We are a strong country and should be a reliable partner for our strategic partners.”

This new generation is acutely aware that it has the responsibility to transcend international perceptions that Ukraine constantly has its hand out. It knows that it must now position Ukraine as an efficacious partner in the western military alliance and as a new and potentially lucrative economic market within the framework of western business interests.

Within this new administration, Ukraine will no longer pursue a foreign and national security policy that is reactive or overtly sensitive to Russia’s geopolitical interests. It will strive to reassert its independence, seeking to be pro-active in the pursuit of its national interests.

This approach will finally bury the notion that Ukraine is still seen, or remains part of the Russian “sphere of influence.”

Such an approach will connect its national security interests to those of its eastern and western European democratic partners.

In his introductory talks with the American president, Zelenskyy must affirm the following fundamental points.

First, he must categorically assert that Ukraine is a sovereign and independent democratic state, and that it has the right to assert its sovereign independence as it sees fit, and that it is prepared to do so at any cost.

Simply put, he must make the case that Ukraine is not Russia and that it has never been. Ukraine has a historic demonstrable and unique national identity. Ukraine does not recognize any type “brotherhood” with Russia.

Second, as it has for centuries, Ukraine has proven and asserted its right to protect and defend its national identity and the integrity of its land to stave off any foreign interlopers.

Third, Ukraine is Europe’s eastern gate. It has, as far back as 1240 with an imminent Mongol invasion, been so and remains so to the present.

Fourth, Ukraine has since 2014, defended itself against the onslaught of Russian military forces at great cost in human life and suffering, and it remains determined to do so. However, it needs more substantive and aggressive aid and more sustained encouragement of its Western partners.

And last, Ukraine has the right to pursue and employ a wide range of military technologies to protect its sovereignty and to ensure its national security that was guaranteed with the signing of the Budapest Memorandum.

Zelenskyy must make a convincing argument that Ukraine is prepared to contribute to western security interests based on the cooperative and financial model that the United States has with Israel, Taiwan, and even Saudi Arabia.

With a new generation of leadership, Ukraine is finally prepared to seize the opportunity to change its place in the world.

Yuri Polakiwsky is a Kyiv-based writer and author of “Ukraine—A Lament of a Promise.”