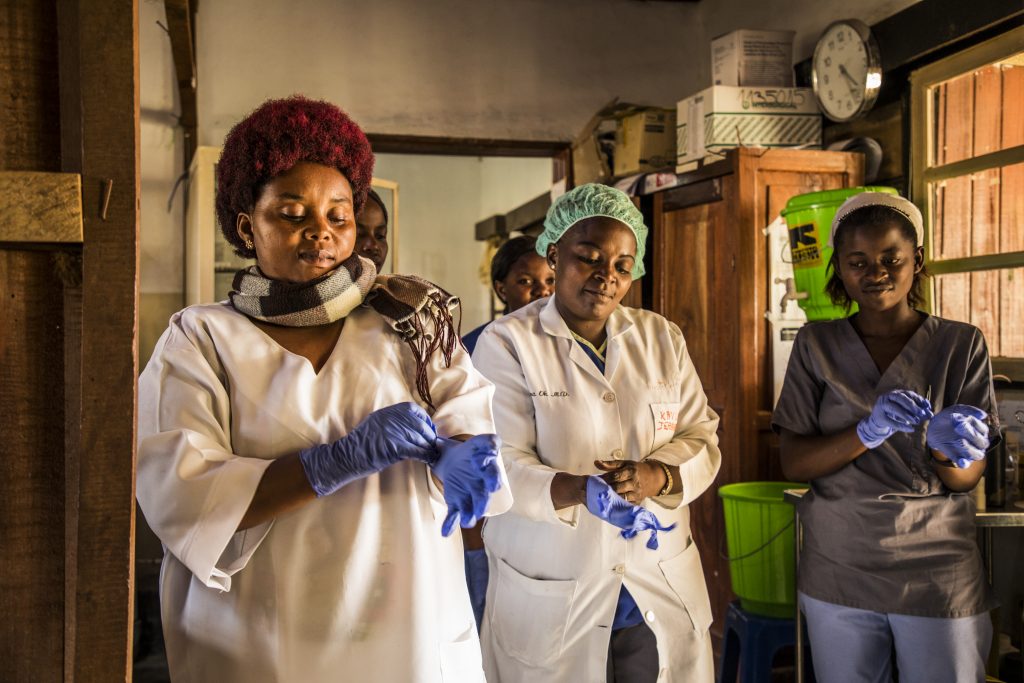 As of March 24, the Democratic Republic of Congo had only forty-eight confirmed cases of coronavirus, with three dead of the disease. Another 772 individuals were being quarantined. But although Congo is only in the very first stages of the pandemic (the first case was reported on March 10), the contrast between the degree of state capacity and social discipline that it takes to stifle the disease and Congo’s record on these two counts is particularly worrisome.

In Lubumbashi, for example, a false alert about two potentially infected individuals who had flown in from Kinshasa led Governor Jacques Kyabula to declare a complete 48-hour lockdown on March 23 until all the plane’s passengers could be found and isolated. But large amounts of people could still be seen milling around in the streets, several neighborhood markets remained open, and the moto-taxis were doing their regular business.

In Kinshasa, too, the government has ordered bars, restaurants, schools, and universities closed, and has banned group gatherings. But many markets remain open and many people, seeking to eke out a living in a country with a 70 percent poverty rate, are out and about. With a population of more than ten million inhabitants and with communes of extreme population density, the very notion of avoiding gatherings is an empirical puzzle.

In the best of times, Congolese governance is chaotic, amateurish, and inefficient. The COVID-19 crisis has so far only heightened the display of these characteristics. There is particular confusion as to who is in charge. (To some extent, this is always the case in a country with an official president and a shadow one, but it matters more now.)

President Félix Tshisekedi announced the formation of a COVID-19 Task Force in his office on March 18, but there is also a coordination cell in the national government. There is some confusion as to whom—either the minister of health or an epidemiologist—is actually in charge of this cell. Moreover, Prime Minister Sylvestre Ilunga’s office has also claimed leadership in the crisis response.

To make matters worse, it’s unclear whether the central government or provincial ones are in charge. The constitution and the decentralization law of 2008 give Congo’s twenty-six provinces jurisdiction over public health, not the central authorities. Indeed, the governor of Haut-Katanga unilaterally put his province on lockdown on March 23. But his decision was challenged by the national minister of health, Eteni Longondo, who claimed his ministry alone has the management of such a health crisis in its prerogatives, based in part on the fact that there is only one epidemiology center and biological laboratory in Congo and it is in Kinshasa. The national minister’s authority appeared to be boosted when he declared on March 24 that the two positive tests identified by Haut-Katanga a few days earlier (based on rapid test kits apparently imported from China) had proven negative upon further analysis.

In the days and weeks ahead, two factors are likely to matter a lot: money and social tensions.

The Congolese government is broke, with a US$5 billion deficit in its 2020 budget, largely due to a so-far failed attempt at making primary education universally free and a bloated civil service. During the Ebola epidemics, the DRC has been able to rely on foreign funding to respond to the crises (and, largely, direct foreign substitution of the state in the delivery of health services). But during a universal catastrophe like the coronavirus pandemic, Congo is unlikely to receive any significant external funding. And the spreading world-wide recession is likely to further deflate the price of its mineral exports on which the budget largely depends.

Congolese politics functions through extensive patronage, much of which is predicated upon the informal redistribution of state resources. So a major question facing the Congo during the pandemic is, if state resources dry up and the necessities of actual public spending rise, how will the political system endure? Joseph Kabila’s Front Commun pour le Congo (FCC) coalition is particularly likely to fray if it cannot be sustained with the usual level of financial transfers and employment opportunities for clients.

If the crisis worsens, community conflicts might well rise too. “Tribalism,” or the reliance on ethnic identity in social, economic, and political relations, is widely prevalent in Congo, and many of the country’s regions have active or latent inter-community conflicts. So whether the health crisis will aggravate social tensions and spark violent conflict is a second big question mark. During the recent lockdown in Haut-Katanga, for example, tensions flared up in some neighborhoods between local “autochthonous” people and the Luba migrants from the Kasai provinces, many of whom are in the moto-taxi business and refused to stop working.

In some ways, the Congolese have lived daily for years with much worse health problems, including Ebola in North Kivu the last few years (which seemed to have finally come to an end earlier this month), recurrent bouts of cholera, widespread tuberculosis, and a resurgence in measles cases (the Congo had 180,000 cases in 2019 alone). Yet, as elsewhere, the potential for rapid contagion and high mortality of COVID-19 is likely to upend life as the Congolese know it.

Dr. Pierre Englebert is a senior fellow with the Atlantic Council’s Africa Center. He is also the H. Russell Smith Professor of International Relations at Pomona College.

The author is grateful for information shared by Eric Nonga from the University of Lubumbashi.

Image: Health workers in Beni, Democratic Republic of Congo put their gloves on before checking patients at the hospital in January 2019. (World Bank/Vincent Tremeau)