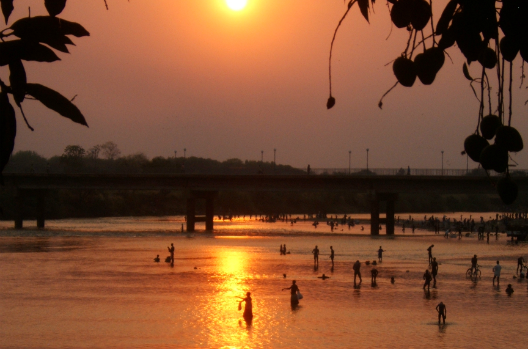 On Friday, April 15, South Sudanese raiders crossed the border into Ethiopia to attack thirteen villages in the country’s Gambella region. Violence and carnage ensued, and the assailants escaped with 108 women and children and nearly 2,000 stolen cattle, according to Ethiopian government estimates. On Monday, the government announced that the death toll rose to 208 civilians and sixty attackers; the UN High Commissioner for Refugees reported that more than 21,000 people fled their homes in the raid’s aftermath.

Gambella, one of Ethiopia’s nine official regions that is approximately the size of Belgium, is located in the western part of the country, jutting into South Sudanese territory. It has 400,000 estimated residents, and is home to some of the country’s most fertile land—significant chunks of which have been leased to international companies in lucrative, but controversial, land deals.

Blame for the attack has been placed squarely on the Murle tribe, an ethnic group that resides in South Sudan and often crosses into Ethiopia to steal cattle and abduct children. The magnitude of the recent raid, however, has begged questions about the group’s motive and logistics for such a large—and bloody—operation. Reports that attackers wore “military-style uniforms” and were unusually well-armed add to the confusion, and some accounts even suggest that the Murle were accompanied by Dinka attackers—the same ethnicity as South Sudanese President Salva Kiir.

The raid takes place at a tense time for the two countries, as deposed South Sudanese Vice President Riek Machar again failed to return to the capital Juba, as the latest peace agreement stipulates he should. He has been delayed multiple times and continues to reside in Ethiopia’s capital Addis Ababa. Machar’s ethnic group, the Nuer, were the principal victims of Friday’s violence.

The Ethiopian government has not officially linked the attack to the forces of either Salva Kiir or Riek Machar. However, South Sudan’s two-years-and-running civil conflict means that the country has been flooded with small arms and light weapons, and the Gambella raid suggests that the Murle have benefitted from this chaos.

This most recent conflagration complicates already strained relations among Gambella residents. In January, clashes between the Anuak and Nuer began after a land dispute between two men escalated, and ended in dozens of deaths and a bloody attack on a prison in Gambella town, the region’s capital. After the incident, the government withdrew and disarmed the region’s special police, leaving the region unsecured and especially vulnerable to an attack.

In addition to the Anuak and Nuer—groups also present in South Sudan—Ethiopians from the country’s other ethnicities, known collectively as “highlanders,” reside in Gambella. The Anuak, who are indigenous to the region, have occasionally clashed with Gambella’s highlanders, most of whom were resettled in the region during Ethiopia’s Derg Marxist military dictatorship in the 1980s.

Relations between the regional Gambella government and Ethiopia’s federal government have also been fraught at times, as government attempts to secure the region have often meant calling upon highlander military personnel, adding to fears that the federal government was usurping local and regional decision-making power. More than a decade ago, the infamous 2003 “Gambella massacre” pitted the Ethiopia’s military against the region’s residents and, according to Human Rights Watch, left hundreds of Anuak civilians dead; mistrust between the local and federal government lingers, and recent events could intensify these feelings. Today, for example, Gambella residents took to the streets to protest insecurity and demand that the abducted children be returned.

Ethiopia hosts more than 270,000 South Sudanese refugees, who make up the largest cohort of refugees in the country ahead of Somalis, Eritreans, and Sudanese. The majority of South Sudanese refugees, most of whom fled South Sudan after the outbreak of violence there in December 2013, live in Gambella region’s six refugee camps. When not managed carefully, large refugee influxes like those which exist in Gambella can lead to or worsen existing inter-communal tensions.

Since news of the attack broke, the Ethiopian military crossed into South Sudan—with the latter’s permission—to pursue the invaders and attempt to rescue the abducted women and girls. Recent reports suggest that they are close to succeeding. That the governments of Ethiopia and South Sudan have coordinated their responses, at least to a degree, is a positive sign. But Gambella residents’ underlying fears of political marginalization by the Ethiopian federal government remain, and the ethnic tensions exacerbated by conflict in South Sudan know no borders.