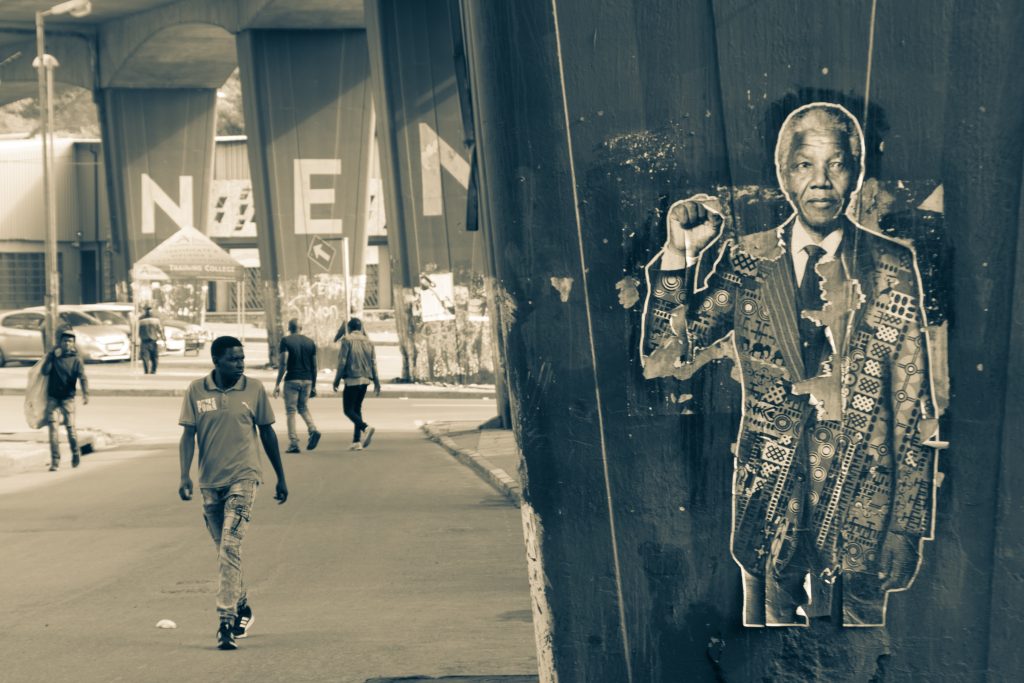 This week, the world rightfully celebrates Nelson Mandela—a rare leader and a rarer human being. Not only did he have the singular willpower to unite the world behind the struggle against apartheid in South Africa, but he also had the moral fortitude to stay true to his morals and ideals while doing so.

But Mandela, who would have turned 104 on Monday, wasn’t always universally admired. In fact, for most of his life, he was unpopular in the West—and largely ignored. His calls for equality and fairness in South Africa and on the global stage were often passed over. Ensuring meaningful representation for Africa at the international high table remains an unfinished task for those committed to Mandela’s legacy.

It’s a challenge that in many ways reflects Mandela’s struggle to get the world to recognize the crimes of apartheid. For years, he was labeled a terrorist, not only by the South African government, but also by the United Kingdom and the United States—where he was on the terrorist watchlist until 2008. It was only in 1986, more than two decades after Mandela had been imprisoned, that the United States sanctioned apartheid South Africa by passing the Comprehensive Anti-Apartheid Act.

Yet many of the ideals that would rightfully earn him the gravitas he carried on the world stage later in his life were present throughout his imprisonment—even when the world wasn’t paying attention. At the Rivonia Trial in 1964, where he was sentenced to life imprisonment, he delivered his famous three-hour long “I Am Prepared to Die” speech, which served as a rallying cry for South African democracy and the dream of a rainbow nation.

“During my lifetime I have dedicated myself to this struggle of the African people. I have fought against white domination, and I have fought against Black domination. I have cherished the ideal of a democratic and free society in which all persons live together in harmony and with equal opportunities. It is an ideal which I hope to live for and to achieve. But if needs be, it is an ideal for which I am prepared to die.”

While Mandela is most famous for his struggle against apartheid, he also called for greater African agency and voice in the international governance. In 1995 before the United Nations (UN) General Assembly, in a speech marking the occasion of the fiftieth anniversary of the UN, Mandela stated that:

“The United Nations has to reassess its role, redefine its profile and reshape its structures. It should truly reflect the diversity of our universe and ensure equity among the nations in the exercise of power within the system of international relation, in general, and the Security Council, in particular.”

At the UN, Mandela was not only applauded, but cheered. In the United States, hundreds of thousands flocked to see him across the country; he received a ticker-tape parade in New York City and addressed a joint meeting of Congress. In London, he filled Wembley Stadium were the crowd belted out the British soccer standard “You’ll Never Walk Alone” in his honor.

However, nearly three decades after Mandela gave that speech at the UN, global governance is still in desperate need of reform, and African voices need to be heard more urgently than ever.

Today, Africa has the world’s youngest population, the planet’s largest free-trade zone by number of countries, and many of the fastest growing economies. It represents 28 percent of the UN General Assembly. Yet African nations are still often ignored, forced to the sidelines in international disputes. The governance of the International Monetary Fund and World Bank is dominated by the United States, Europe, and more recently China. The Group of Twenty (G20) nations gives the European Union a seat at the table, but not the African Union—something that Indonesia, as the grouping’s host this year, wants to correct. Climate change, the fuel and food crisis stemming in part from the invasion of Ukraine, and the lingering effects of the COVID-19 pandemic are all hitting Africa hardest off all. Still, the continent continues to be denied the voice and agency it deserves in international governance.

Mandela changed the world for the better, fought against injustice his entire life, and sought equality and just representation. He united the world during his life, and in death, when the world quite literally came to South Africa to pay their final respects to the great man.

The greatest tribute to him, however, would be to continue the pursuit of his vision for a world where African leadership, representation, and agency are truly respected; where Africa’s experiences and ideas help shape the planet’s collective future. Nelson Mandela and his legacy remind us of what Africa and its voices can truly offer the world.

Alexander Tripp is a program assistant at the Atlantic Council’s Africa Center.