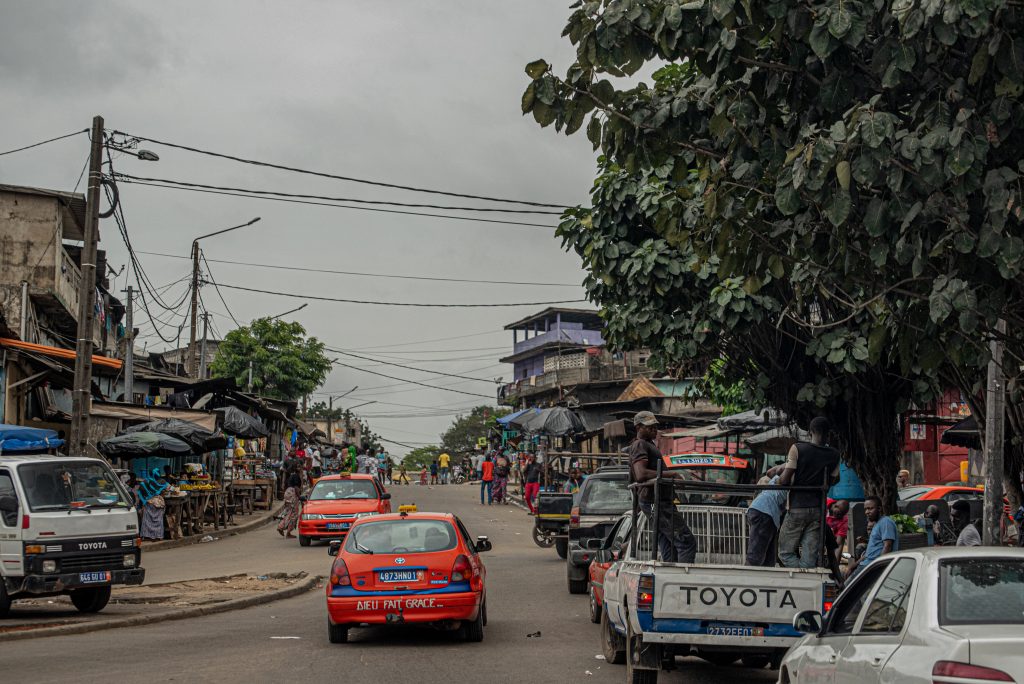 For more than twenty countries across Africa, 2020 has delivered an additional challenge for the government institutions already working to curb the COVID-19 pandemic: balancing public health and democracy in an election year.

Whilst other countries have experienced delays or postponements since the novel coronavirus outbreak, Côte d’Ivoire is charging forward with its first round of presidential polling scheduled for October 31, a contest that has long been expected to be contentious. The country has been spared from considerable health loss from the pandemic, with fewer than 150 reported deaths to date, but violent protests surrounding the election have already killed almost twenty people and wounded over one hundred others since they first broke out in August. Côte d’Ivoire has experienced political crises in the past, from its first coup d’état in 1999 to civil wars in 2002 and 2010. Yet, the prospect of violence around this year’s elections is especially painful, as Côte d’Ivoire is poised either to make history with its first peaceful democratic transition of power, bolstered by a new constitution and ten years of tentative peace, or to backslide into instability that would pose a threat to security operations in the broader Sahel region, which has already experienced political turmoil this year.

The election controversy arises from the names present on the official ballot, as well as those notably absent from the field. Côte d’Ivoire’s Constitutional Council cleared only four familiar names out of forty-four candidates to stand for the election: two-term incumbent President Alassane Ouattara (RDR), former president Henri Konan Bédié (PDCI), former prime minister Pascal Affi N’Guessan (FPI), and Kouadio Konan Bertin, the only independent candidate. The widely supported 2016 constitution outlines a two-term limit for presidential office which the current Ivorian president, Alassane Ouattara, had promised to respect, until the sudden death of his intended successor, Amadou Gon Coulibaly, prompted Ouattara to announce his intention to run for a controversial third term. That declaration led to a round of fatal confrontations in August as the public protested the move. Ouattara’s team now asserts that the new constitution renewed his term count; and while the country’s Constitutional Council has accepted this argument, the situation is being likened to a “civilian coup d’état” by Ouattara’s most outspoken critics, two of whom—Laurent Gbagbo and Guillaume Soro—were barred from the polls by the same constitutional council, based on their in absentia convictions for looting and embezzlement respectively. Despite the ruling and even from outside of the country, Gbagbo and Soro maintain such strong support bases that both are pursuing bids for the presidency.

Both the incumbent and the opposition candidates face major obstacles in the last days of their campaigns. Ouattara is campaigning on the substantial economic growth Côte d’Ivoire has experienced over the last decade, but his record is tainted by the widespread inequality, ethnic and religious strains, and his one-sided condemnation of the 2010 violence, even though crimes were perpetrated by both sides. The opposition will capitalize on Ouattara’s diminishing popular base and ongoing public protests about the questionable constitutionality of a third term to position themselves as the real agents of democracy.

Bédié, who is both a former president and a former ally of Ouattara, is currently the leading opposition candidate. But the opposition is heavily fractured and Bédié would, under normal circumstances, have struggled to unify the opposition vote enough to prevent a Ouattara majority victory in the first round of the election. Now, with less than one week to go before the first round of voting begins, Bédié and N’Guessan have called for their supporters to boycott the election in protest of Ouattara’s continued candidacy and his unwillingness to meet other demands, including dissolving the country’s Constitutional Council and Independent Electoral Commission which they view as foundationally flawed. Ouattara seems emboldened by his established international reputation and the apparent viability of his candidacy, and he has continued to criticize opposition candidates and their boycott, accusing them of boycotting solely to avoid a first-round loss. Boycotting the election will, of course, produce an automatic defeat for the opposition, and, since neither Bédié nor N’Guessan have formally pulled out of the race, either or both may still decide to stand. Significant public unrest seems likely either way.

The United Nations’ (UN) calls for peace have fallen on deaf ears as both the Ouattara and opposition campaigns have stoked the flames of unrest, raising serious doubts about the country’s capacity to hold an election at all. In a move reminiscent of the 2010 civil war, Ouattara’s administration has used state forces to maintain peace since the August violence. But reports of state-sanctioned violence in Abidjan have lent credibility to the opposition’s accusations that Ouattara is intentionally suppressing critics and public freedom of expression. N’Guessan and Bédié—who was himself deposed by a military coup in 1999—have led the opposition’s call for civil disobedience to continue as long as Ouattara maintains his candidacy. Their call to action has inspired their supporters to mobilize for them and encouraged more conflict with police and pro-Ouattara groups.

Post-election conflict is growing increasingly likely, and there are crucial implications for Côte d’Ivoire and the rest of the region if widespread violence becomes a reality. Future instability in the south could capture authorities’ attention and leave the country susceptible to violent extremism in the north, where this year the country experienced its deadliest attack since the Grand Bassam resort. Côte d’Ivoire works with regional and international partners as a key player in the struggle to maintain stability in the Sahel and the country’s troubles could contribute to the region’s breakdown.

Even without the threat of violence, Côte d’Ivoire risks tarnishing the legitimacy of its electoral process and the reputation of the national government—domestically and abroad—along with its chance at economic recovery in the coming months. The country is the world’s biggest producer of cocoa and has the third largest GDP in West Africa. With the COVID-19 pandemic already crushing employment opportunities for Côte d’Ivoire’s working class, it is likely that the cocoa market, and its laborers, will suffer the heaviest consequences of an illegitimate poll, as they have in the past. Ouattara’s decision to run also extends the disappointing “third termism” trend playing out across Africa and risks undermining the Ivorian economy by increasing the likelihood that members of the US Congress will seek to obtain sanctions on the cocoa trade—which is already under heavy fire for the use of child laborers—to signal its displeasure with Ouattara’s regime.

Though tensions are palpable, Côte d’Ivoire is unlikely to see any major foreign interventions in the coming weeks, especially from Americans as the US prepares for its own contentious elections. Regional stakeholders and international observers would prefer a clearer path towards free and fair elections on the original timeline; however, with just days left until the election and no signs of progress in  the candidates’ dialogue, there are no apparent substantial policy options nor ideal outcomes and actors must instead work to mitigate the threat of election-related violence. Therefore, the United States should support the efforts of the UN and the Economic Community of West African States (ECOWAS) to mediate and encourage opposition participation in the election with Ouattara’s continued candidacy and advocate for peace leading up to, and after, the polls.

Monitoring the political and security situation in Côte d’Ivoire, the United States should take this opportunity to encourage Ivorian politicians to be proactive and work to create a democratic and inclusive arena to better reflect the needs of Ivorians in the next election cycle. This would prove beneficial especially in the event of another Ouattara term by giving Ouattara and the RDR the time to identify new, qualified party leaders. The United States has maintained distance from the Ivorian elections this year; however, the State Department should use this opportunity to establish boundaries on the Ouattara administration in the 2025 presidential polls, when the circumstances might be even more dire. This marker would assert that the United States will not tolerate a fourth term for Ouattara and Ouattara must fulfill his earlier promise to “pass on the torch” to the country’s younger generation.

Historically, the United States has prioritized stability over democracy when the two come in conflict in Africa—as seen in the 2018 presidential elections in the Democratic Republic of Congo—and in terms of current policy, US interests in Côte d’Ivoire do not appear to justify diplomatic pressure on Ouattara to withdraw his candidacy. Additionally, in the final days before the election, any major changes to the ballot could prove explosive and increase the likelihood of widespread violence. Due to Ouattara’s support of counterterrorism and multilateral efforts in the Sahel, we are unlikely to see US officials deviate from the course this year in pursuit of continuity. Regardless, with any possibility that violence in the south will limit Côte d’Ivoire’s capacity to police violent extremism in the north, the United States will need to reckon with the vital role Côte d’Ivoire plays in stabilizing the Sahel and may need to reassess plans that could reduce US troop strength in the region and undermine the larger counterterrorism mission in the region.

Côte d’Ivoire urgently needs a new political landscape, but the 2020 elections are unlikely to bring forth the generational change necessary to solidify the country as a stable democracy. Rather, we are likely to see a continuation of the unfortunate status quo. However, the elections still present a critical point for Côte d’Ivoire’s democratic progress and in the coming months, the world should expect to see a growing movement for change in Ivorian politics from an overwhelmingly youthful country.

The Africa Finance Corporation (AFC), a pan-African development finance institution, has been developing and financing infrastructure, natural resources, and industrial assets to increase economic prosperity and growth across the continent since 2007. Watch Samaila Zubairu, president and chief executive officer of the Africa Finance Corporation, join Senior Fellow Aubrey Hruby for an interview to discuss AFC’s investment philosophy, innovation, and future growth, along with the critical role of African development finance institutions in improving economic prosperity.