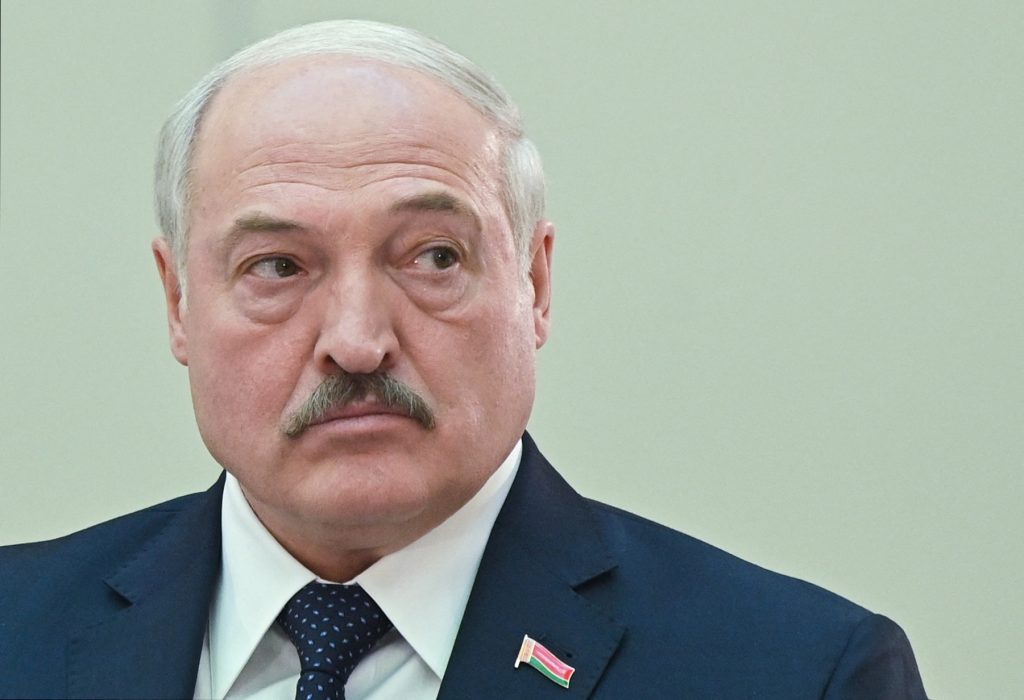 Belarus is gearing up to stage a long-awaited referendum in early 2022 on proposed changes to the country’s constitution. However, even if the vote goes ahead as planned in the second half of February, it is unlikely to bring about meaningful change. Instead, the new draft of the Belarusian Constitution promises to further strengthen dictator Alyaksandr Lukashenka’s grip on power and prolong the political crisis that began with the deeply flawed presidential election of August 2020.

Throughout the past one-and-a-half years of political unrest in Belarus, Lukashenka has frequently raised the prospect of constitutional reform within the context of his alleged plans to step down from the presidency. One of Lukashenka’s earliest comments on the subject came at the height of anti-regime protests on August 16, 2020, when he told staff at a Minsk factory that he planned to hold new elections and hand over power following a constitutional referendum. Unconvinced by Lukashenka’s sincerity, angry workers responded with a chorus of loud boos.

While Lukashenka has consistently presented the idea of constitutional reform as a sincere response to public demands for change, the real driving force behind the initiative is thought to be Russia. The Kremlin first began pressing Lukashenka to move ahead with constitutional reform in the weeks following the outbreak of anti-regime protests in summer 2020. At the time, Russia was believed to be intent on creating a new constitutional framework that reduced the power of the Belarusian presidency and enabled Moscow to control the country through a pliant parliament.

The first public acknowledgement of Kremlin calls for constitutional change came following a meeting between Lukashenka and Russian President Vladimir Putin in Sochi in September 2020. In return for propping up his regime, Russia appeared to be demanding that Lukashenka himself pave the way for a transfer of power. Many observers argued that Moscow had run out of patience with the Belarusian dictator and regarded him as a liability.

The situation in early 2022 looks strikingly different. While Lukashenka previously offered reassurances that adoption of a new Belarusian Constitution would also mean a new president, he appears to have changed his mind. The new draft does not even hint at early presidential elections. Instead, it declares that all officials in place when the new constitution enters into force will remain in office for the duration of their terms. In other words, Lukashenka is positioning himself to stay in power until the end of his current term in 2025.

Nor is there any guarantee that he will leave at that point. Far from it, in fact. While the new draft constitution reinstates the concept presidential term limits following their cancellation earlier in Lukashenka’s reign, this two-term restriction will only come into force once the next president is elected. Lukashenka will therefore be eligible to serve a further two five-year terms, potentially keeping him in position until 2035.

Another significant change in the draft constitution is the upgrading of the unelected All-Belarusian People’s Assembly as the country’s highest representative body. This artificially created structure of loyalists would act in parallel to parliament, addressing domestic and foreign policy along with national security issues.

Lukashenka has already mentioned that he may chair the People’s Assembly, which would also be empowered to impeach the president, select members of the Central Election Commission, and appoint judges to the country’s top courts. He appears to be keeping his options open prior to 2025, and is creating a possible alternative position that would enable him to remain the dominant force in Belarusian politics even if he chooses to vacate the presidency.

Whatever decision he makes, Lukashenka looks set to retain his sweeping powers. By handing significant constitutional authority to the All-Belarusian People’s Assembly, he is creating a second center of power that he may yet choose to personally lead.

Needless to say, these propoals do not bring the country any closer to a political transition. Instead, they consolidate even more power in Lukashenka’s hands. This is not the kind of constitutional reform that Russia had in mind back in 2020, and it is most certainly not the sort of compromise that might have gone some way to meeting the demands of the country’s pro-democracy protest movement.

Lukashenka’s bold plans to entrench his position reflect a growing sense of confidence following the most turbulent period of his 27-year reign. Since the height of the crisis in the second half of 2020, he has emptied the streets of protesters and filled the country’s prisons. Crucially, over the past year he has also won over his critics in the Kremlin by abandoning earlier policies of geopolitical neutrality and demonstrating his usefulness to Russia by playing a supporting role in Moscow’s ongoing hybrid war against the West.

Following the Russian seizure of Crimea in 2014, Lukashenka initially refused to recognize Moscow’s claims to the Ukrainian peninsula and vowed to keep Belarus out of the escalating conflict between Russia and Ukraine. However, as he has become increasingly reliant on the Kremlin for his political survival, Lukashenka has publicly backed Putin over Ukraine and has recently vowed to travel with his Russian counterpart to Crimea.

This helps to explain why Lukashenka felt comfortable traveling to St. Petersburg in late December to meet with Putin immediately after publishing the draft of the new constitution. On this occasion, there were no awkward lectures from Putin on the need for dialogue with Belarus’s pro-democracy movement, or displays of anger over the lack of progress towards a transfer of power in Minsk. Instead, it was clear that the Russian leader now recognizes the value of Lukashenka and has lost interest in efforts to undermine his authority.

Despite all of the precautions already taken, Belarus’s planned constitutional referendum involves an element of risk for the regime. Lukashenka remains deeply afraid of popular mobilization and has already postponed parliamentary and local elections until 2024. He will be acutely aware that the coming constitutional ballot could potentially serve as a trigger for a new wave of protests. With this in mind, the vote itself will be handled with extreme caution and is likely to be spread out of a number of days to avoid any flashpoints.

While street protests are unlikely due to the scale of the repressive measures employed by the regime, members of the democratic opposition have proposed spoiling ballots as an act of protest against Lukashenka. The regime responded to talk of invalidating ballots in typically draconian fashion with threats to hold anyone engaged in such activity criminally responsible.

The coming referendum will not help to heal the wounds in Belarusian society or resolve the deep crisis that has gripped the country since August 2020. Hundreds of political prisoners remain in jail. Belarusian civil society has been completely dismantled and the country’s independent media ruthlessly silenced. Meanwhile, the regime has retreated into escalating cycles of domestic lawlessness and international isolation, with nothing to offer but increasingly authoritarian rule and ever-closer integration with Russia. It is therefore no surprise that the country is now confronted with the grim spectacle of a fake referendum inviting Belarusians to choose between more Lukashenka or more Lukashenka.