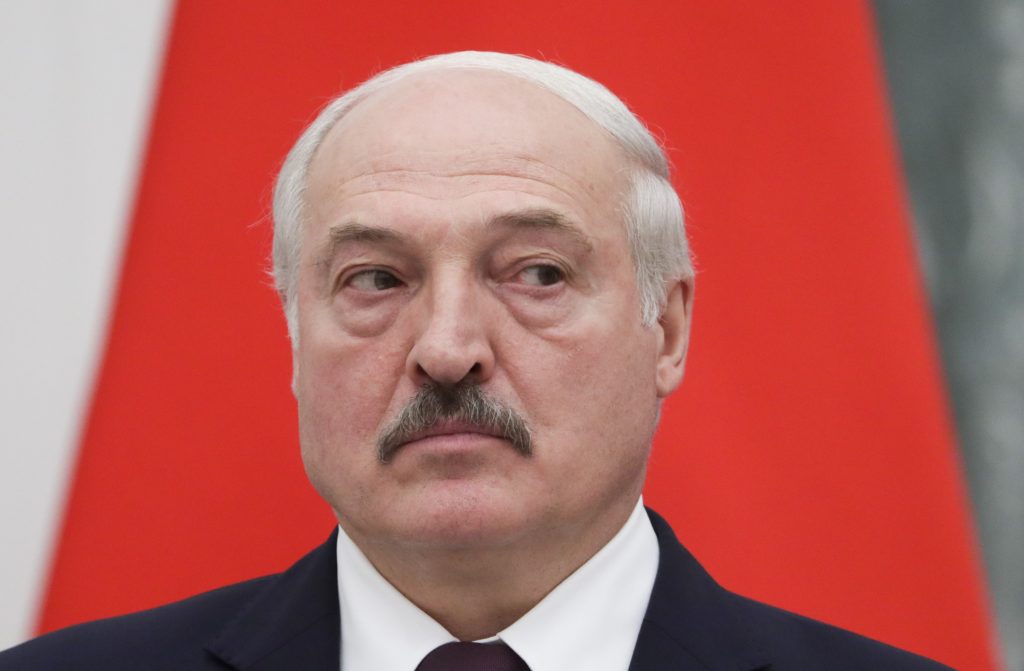 And apparently he did so with a straight face.

Under Vladimir Putin’s authoritarian Kremlin regime, Russia has, of course, long been accused of using organized crime, including cybercrime, as an instrument of statecraft. The criminal underworld and the law enforcement and security services are routinely regarded as two sides of the same coin.

This includes allegations that criminal gangs with close ties to the Kremlin are frequently used to generate untraceable black cash and to carry out tasks like assassinations and arms smuggling that Vladimir Putin’s regime wants to keep its fingerprints off.

Spanish prosecutor Jose Grinda has noted that the activities of Russian criminal networks are virtually indistinguishable from those of the Russian government. Prior to Russia’s forceful and illegal annexation of Crimea in 2014, the Kremlin reportedly dispatched a delegation from the powerful Soltsevo organized crime group to Simferopol to line up support from local gangsters. Russia’s security services also stand accused of actively recruiting skilled hackers from the ranks of cyber criminals to attack the West.

Given all this, one has to wonder whether what Bastrykin was really doing in Minsk was not seeking to foster cooperation about how to combat organized crime, but rather discussing greater coordination between Russia and Belarus on how to use it more effectively.

Greater coordination between Russia and Belarus on this issue would certainly seem to make sense, because the autocratic regime of Alyaksandr Lukashenka appears to be actively mimicking Vladimir Putin’s strategy of weaponizing the criminal underworld.

In an interview with the EUObserver, Pavel Latushka, a former Belarus establishment insider turned dissident, said the Lukashenka regime has sent organized crime figures to Europe to target exiled Belarusian dissidents. “These criminals are on Polish and EU territory and are preparing acts of terrorism against me and my team under the direction of the Belarusian interior ministry,” Latushka, a former Belarusian Culture Minister who is currently living in Warsaw, commented.

According to Latushka, the operation is led by Vladimir Tikhinya, the former deputy head of the Belarusian interior ministry’s anti-organized crime unit, and Alyaksandr Kushnerov, a reputed Belarusian crime boss who also goes by the name Sasha Kushner. Citing his own sources in the Belarusian security services, Latushka said Tikhinya has been “given a free hand to organize operations of criminal structures to take care of liquidation of Belarusian opposition activists abroad.”

Latushka’s allegations appear more credible when viewed in the context of recent events. Back in August 2021, the body of exiled Belarusian dissident Vital Shyshou was discovered hanged in a park in Kyiv. Members of Shyshou’s organization, the Belarusian House in Ukraine (BDU), say Ukrainian authorities had previously warned them about possible assassination attempts.

Yury Shchuchko, an activist with the Belarusian House in Ukraine, told Current Time television that the Security Service of Ukraine (SBU) had warned them about “people from the Belarusian special operations forces and other units coming to Ukraine to physically liquidate” them. “They asked us to be cautious, because a network of Belarusian KGB agents is operating here, and anything is possible.”

The Belarusian House in Ukraine also released its own statement on Telegram reading: “We were warned repeatedly by local sources and our people in Belarus about possible provocations, going as far as kidnapping and assassination. Vitaly reacted to those warnings with stoicism and humor.”

It would be no surprise if the Belarusian regime is adopting more of the strategies and tactics long favored by Russia. The current migrant crisis that has been manufactured by Lukashenka on the Belarusian border with the EU closely mimics a strategy that Putin was accused of deploying against Europe back in 2015. And the ongoing crackdown on social media and online dissent in Belarus is essentially a copy of policies enacted by Moscow years ago.

It only stands to reason that the Lukashenka regime is now also deploying the long-standing Russian strategy of using organized crime as an instrument of statecraft.