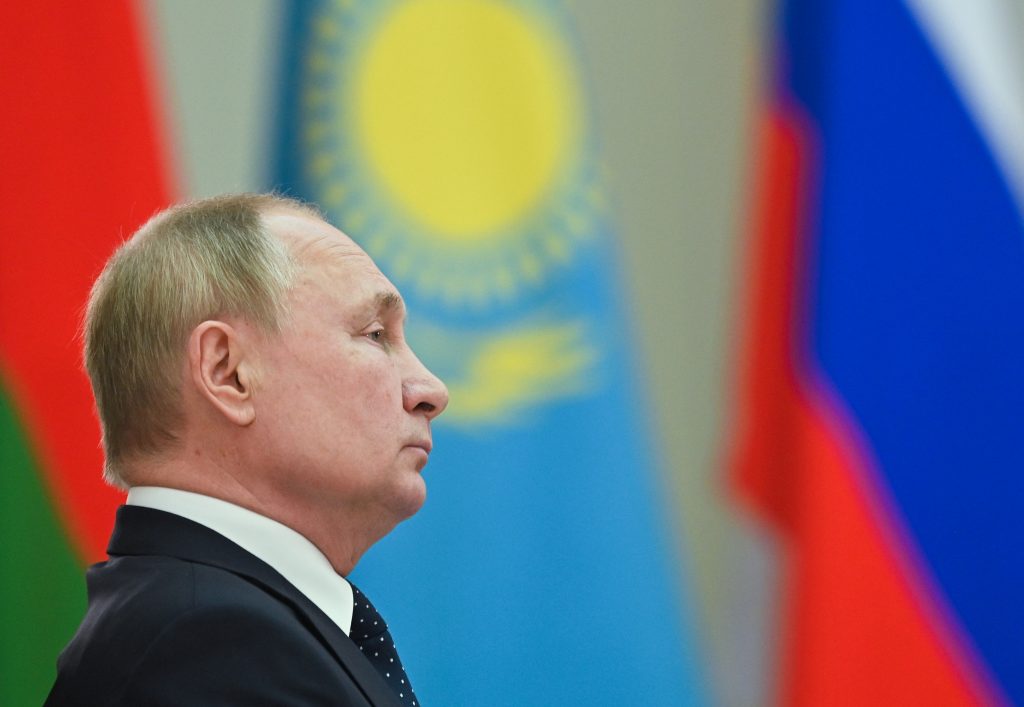 According to media reports, United Russia party chairman Boris Gryzlov is set to become Moscow’s fourth ambassador to Belarus in just four years. Gryzlov is a longtime crony of Vladimir Putin and a political heavyweight who has previously served as Russia’s Interior Minister and Parliamentary Speaker.

In the latest sign that the Kremlin’s Belarus and Ukraine policies are two sides of the same imperial coin, the Russian daily Kommersant is reporting that Gryzlov will continue serving as Moscow’s representative on the Trilateral Contact Group even after taking up his ambassadorial post in Minsk. The TCG brings together representatives of Russia, Ukraine and the OSCE for talks over the ongoing conflict in eastern Ukraine.

The appointment of a senior figure such as Gryzlov, who is not only close to Putin but is also a classmate and friend of Russian Security Council Secretary Nikolai Patrushev, suggests that the Kremlin’s policy of soft annexation in Belarus is reaching its critical point, if not the actual endgame.

According to a commentary in Rosbalt by journalist Vyacheslav Gordienko, “many experts argue that the real task for this veteran of Russian politics is to become not the next Russian ambassador to Belarus, but the last one.”

Gordienko argues that Putin’s decision to send Gryzlov to Minsk “means that the Belarusian question is now a political priority for the Kremlin. The only question is what model the Russian leadership wants to implement. This is still unknown. Possible options include full accession of the Republic of Belarus to the Russian Federation, “deep integration,” or continued formal independence of Minsk but with a completely pro-Russian parliament.”

Among Gryzlov’s tasks, according to Gordienko, will be to create a single parliament for Russia and Belarus to replace the current Parliamentary Assembly of the Union of Russia and Belarus, and to oversee a post-Lukashenka transfer of power.

Gryzlov will be the latest in a parade of Russian ambassadors to serve in Minsk since 2018. The outgoing envoy, Yevgeny Lukyanov, a seasoned diplomat with a background in finance, replaced Dmitry Mezentsev less than a year ago in March 2021.

The last ambassadorial appointment to generate a comparable level of attention was that of former KGB officer Mikhail Babich in August 2018.

Prior to his arrival in Minsk, Babich had long been one of Putin's most effective enforcers. He served as the Kremlin's envoy to the Volga region at a time when Moscow cracked down on national aspirations in Tatarstan and Bashkortostan. He also briefly served as Putin's hand-picked prime minister in Chechnya when Moscow was in the process of subduing the restive region.

But Babich lasted less than a year as Moscow's envoy to Belarus. His heavy-handed approach to keeping Belarus in Moscow's orbit and his open courtship of pro-Kremlin figures in the country proved counterproductive to Russia's goals at the time and he was replaced by Mezentsev in April 2019.

According to a confidential unpublished report by the Minsk-based Center for Strategic and Foreign Policy Studies, the anticipated transition from Lukyanov to Gryzlov reflects the evolution of the Kremlin's goals in Belarus. Lukyanov, a former banker, had a mission to create an "inventory of the financial flows determining the life of the Belarusian state and the Belarusian elites" in order to facilitate Moscow's economic dominance over the country.

Gryzlov's expected appointment, which comes as Belarus plans to hold a referendum on a proposed new constitution in February, suggests that the Kremlin now intends "to play a more active role in the domestic politics of Belarus and influence the course of the campaign and its aftermath."

And then, of course, there is Ukraine. Putin continues to mass troops on the Ukrainian border amid fears that Belarus could be used as a separate platform for an invasion. During a meeting with Lukashenka in St. Petersburg on December 29, Putin announced that Russia and Belarus would hold joint military exercises early in 2022.

The expansion of Russia’s military presence in Belarus offers Putin obvious advantages. In addition to being able to attack Ukraine in the east and southeast from Russia, and from the south via the Russian-occupied Crimean peninsula, Russia can now also threaten Kyiv in the north from Belarus.

As Russia's representative on the Trilateral Contact Group for the Donbas war, Gryzlov is deeply embedded in the Kremlin's Ukraine policy, and will remain so as ambassador to Minsk.

This year marks the centenary of the establishment of the Soviet Union in 1922. The appointment of Gryzlov as possibly Moscow's last envoy to Minsk suggests that Putin intends to mark this anniversary by putting some of the old empire back together again. As Western officials prepare to hold security talks with Putin, they need to be mindful about the autocrat in the Kremlin's imperial objectives.