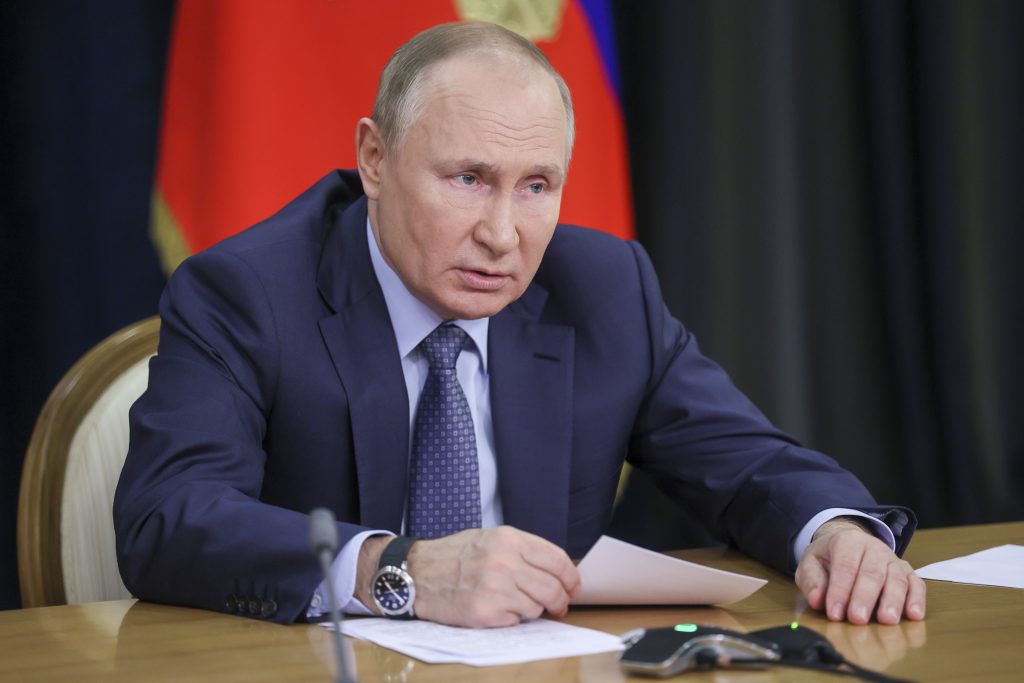 US Secretary of State Antony Blinken recently warned that the West should be on guard against Russian attempts to manufacture a false pretext for an invasion of Ukraine.

Speaking after a meeting with Russian Foreign Minister Sergei Lavrov on the sidelines of the OSCE foreign ministers meeting in Stockholm on December 1, Blinken said Russia may “claim provocation for something that they were planning to do all along.”

We learned this week that such a fabricated casus belli could just as easily come from Minsk as from Moscow. The Belarusian Defense Ministry said on December 5 that it summoned Ukraine’s military attache to protest what it claimed were repeated violations of Belarusian airspace by Ukrainian aircraft. Kyiv has called the allegations false.

In addition to facing off against the nearly 100,000 troops Russia has massed on its border, Kyiv is also confronted by a very real threat on its frontier with Belarus. The Belarusian Defense Ministry announced on November 29 that it would conduct joint military exercises with Russia near the Ukrainian border. Likewise, Belarusian autocrat Alyaksandr Lukashenka has declared that Minsk “will not stand aside” in Moscow’s confrontation with Kyiv, stating, “it is clear whose side Belarus will take.”

Ukraine has responded with helicopter and drone flights along its border with Belarus and military exercises there involving an estimated 8,000 soldiers.

It would be a mistake to view the 16-month-old political crisis in Belarus that followed the disputed August 2020 presidential election and Russia’s brinkmanship on the Ukrainian border as separate affairs. They are part and parcel of a coherent whole.

Over the past 16 months, Putin has leveraged Lukashenka’s international isolation and absolute dependence on Moscow to rapidly expand Russia’s economic, political, and military footprint in Belarus. Frequent military exercises and constant troop rotations have established a de facto permanent Russian troop presence in Belarus, with plans in place to build permanent Russian bases.

But as Putin has tightened the Kremlin’s grip on Belarus, Ukraine has been accelerating its efforts to leave Moscow’s orbit and embrace Euro-Atlantic integration.

Ukrainian President Volodymyr Zelenskyy has resisted Putin’s efforts to enact the 2015 Minsk Agreements on Moscow’s terms, which would result in the Russian occupied territories in eastern Ukraine returning to Ukrainian government control with armed pro-Kremlin militants still in charge.

Zelenskyy has thus thwarted Moscow’s goal of establishing an effective Trojan Horse inside Ukraine that would make the country ungovernable. Ukraine has also been receiving enhanced defense assistance from the United States, including Javelin anti-tank missiles, and held military exercises with NATO in September.

Since the beginning of 2021, Zelenskyy has moved to undermine Russian malign influence inside Ukraine. Most notably, this has included closing down Kremlin-linked TV channels and placing the pro-Kremlin oligarch Viktor Medvedchuk under house arrest on charges of high treason.

Putin appears determined to reverse these trends in Ukraine by force, and is getting a big assist from Lukashenka.

By turning Belarus into a de facto extension of Russia’s western military district, Putin has established a new front against Ukraine. In addition to being able to attack Ukraine in the east and southeast from Russia, and from the south from the annexed Crimean peninsula, Russia can now also threaten Kyiv in the north from Belarus. Moreover, Lukashenka’s manufactured migrant crisis on the Belarusian border with Latvia, Lithuania, and Poland serves to exacerbate tensions in the region.

Speaking in Brussels on November 30, Ukrainian Prime Minister Denys Shmyhal said the twin crises in Belarus and on the Ukrainian border are “absolutely connected” and are part of “a hybrid attack on the European Union, on Ukraine.”

In a two-hour video call with Putin on December 7, US President Joe Biden “reiterated his support for Ukraine’s sovereignty and territorial integrity” and “voiced the deep concerns of the United States and our European allies about Russia’s escalation of forces surrounding Ukraine and made clear that the US and our allies would respond with strong economic and other measures in the event of military escalation.”

Russia’s brinkmanship with Ukraine combined with its militarization of Belarus represents the most serious crisis and the most profound change in the security equation on NATO’s eastern flank since Russia’s 2014 annexation of Crimea, and perhaps since the end of the Cold War.

The United States and its allies should be prepared to respond with the strongest possible sanctions, including but not limited to barring Russia from the SWIFT payment system, ending the Nord Stream 2 gas pipeline, and banning the buying and selling of Russian sovereign debt on the primary and secondary markets. Additionally, the West should also escalate its sanctions against Belarus for its role in Putin’s aggression against Ukraine, as well as imposing costs on Lukashenka’s Russian enablers.

And finally, NATO should consider moving additional troops to the Baltic states and Poland, including potentially permanent US bases. Russia and Belarus are provoking a deadly serious crisis in Eastern Europe and it demands a deadly serious response.

Belarus dictator Alyaksandr Lukashenka has accused NATO of establishing military bases in Ukraine and has vowed to respond together with Russian President Vladimir Putin.