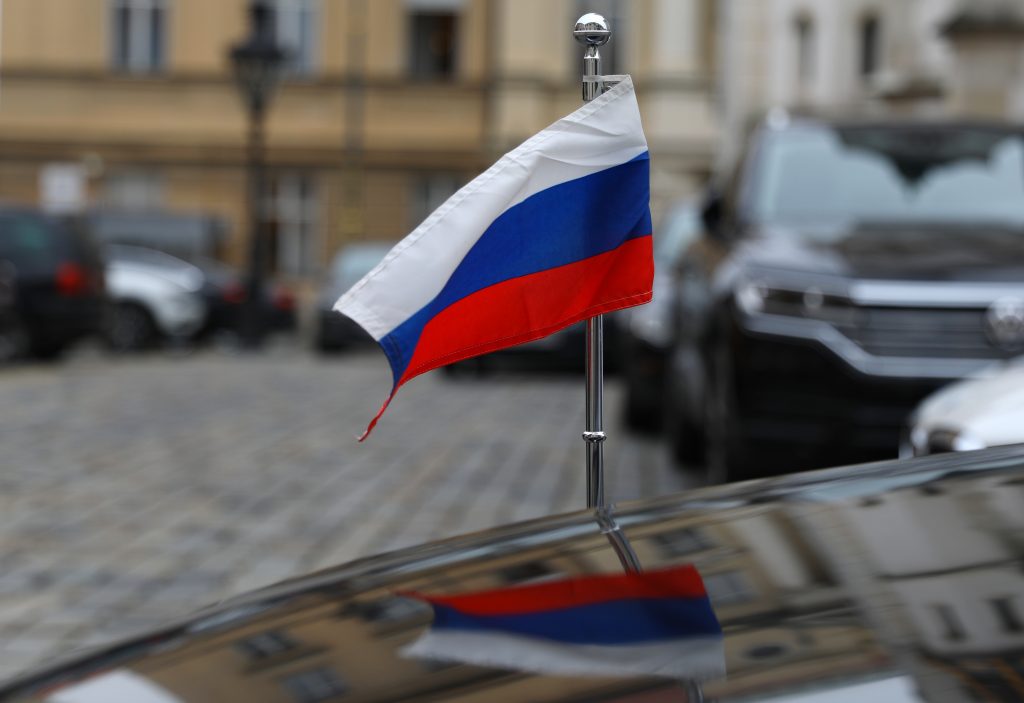 As Belarus braced for a fresh round of protests this week and as opposition leader Sviatlana Tsikhanouskaya called for tough new sanctions against Alyaksandr Lukashenka’s regime in a Congressional testimony, the Kremlin has been busy laying the groundwork to tighten its grip on Russia’s far smaller but strategically important western neighbor.

Most notably, Russia is about to send its third ambassador to Belarus in three years.

The incoming envoy, Yevgeny Lukyanov, a seasoned diplomat with a background in finance, will replace outgoing ambassador Dmitry Mezentsev, who served just two years. Mezentsev will assume the largely ceremonial post of secretary of state of the Russia-Belarus Union State.

Like Vladimir Putin, Lukyanov is a native of St. Petersburg. He has served as Russia’s ambassador to Latvia since December 2016. Prior to that, Lukyanov was Deputy Secretary of Russia’s powerful Security Council. He also has a background in banking and finance, holding executive positions at Dresdner Bank and VTB from 1993 to 2006.

According to his official biography, Lukyanov served in the Soviet Foreign Ministry from 1984 to 1990. But according to a confidential weekly report by the Minsk-based Center for Strategic and Foreign Policy Studies, he was also “an officer of the First Main (Intelligence) Directorate of the Soviet KGB.”

That claim could not be independently confirmed, although his biography suggests that it is plausible. But Lukyanov is, nevertheless, clearly a heavyweight and his appointment suggests that the Kremlin is putting the pieces in place to leverage the political crisis in Belarus to expand Moscow’s footprint there.

In its confidential report, the Center for Strategic and Foreign Policy Studies, which is known for having excellent sources in both Russia and Belarus, claims that Lukyanov is heading to Minsk “on a combat mission” to keep the country firmly in Russia’s sphere of influence.

His background in banking and finance will be a major asset at a time when Russian state companies and Kremlin-connected oligarchs are believed to be seeking to acquire key Belarusian enterprises.

Most notably, the Russian potash giant Uralkali, owned by the Kremlin-connected oligarch Suleiman Kerimov, is said to be trying to snap up the giant Belarusian potash producer Belaruskali. And the Russian chemical producer Uralkhem, owned by the Belarusian-born Russian citizen Dmitri Mazepin, is reportedly trying to acquire the major Belarusian chemical and fertilizer company Hrodna Azot.

Lukyanov is also ideologically attuned to his apparent mission of keeping Belarus in Moscow’s orbit. The Russian daily newspaper Kommersant reports that he blamed Ukraine’s 2013-14 Revolution of Dignity on Western meddling. He accused the United States of spending USD 5 billion to finance the Euromaidan uprising in Ukraine and alleged that Poland had been running “militant training camps” to train anti-Kremlin Ukrainians.

Moreover, having served in such a high post as Deputy Secretary of the Security Council, Lukyanov has the requisite gravitas to secure adequate access to Putin and his inner circle.

Lukyanov’s appointment is reminiscent of that of former KGB officer Mikhail Babich as Moscow’s ambassador to Minsk in August 2018.

Prior to his arrival in Minsk, Babich had long been one of Putin’s most effective enforcers. He served as the Kremlin’s envoy to the Volga region at a time when Moscow cracked down on national aspirations in Tatarstan and Bashkortostan. He also briefly served as Putin’s hand-picked prime minister in Chechnya when Moscow was in the process of subduing that restive region.

But Babich lasted less than a year as Moscow’s envoy to Belarus. His heavy-handed approach to keeping Belarus in Moscow’s orbit and open courtship of pro-Kremlin figures proved counterproductive to Russia’s goals and he was replaced with Mezentsev in April 2019.

Lukyanov appears to be taking on his new role with a similar mission, but he is expected to adopt a more subtle approach. And he will apparently not be Moscow’s only man in Minsk.

According to the Center for Strategic and Foreign Policy Studies, former Belarusian Prime Minister Sergey Rumas has been nominated to the supervisory board of the major Russian bank Rosselkhozbank. The board is chaired by Dmitry Patrushev, who is Russia’s Minister of Agriculture, a member of Gazprom’s board of directors, and the son of Russian Security Council Secretary Nikolai Patrushev.

Lukashenka fired Rumas as prime minister in June 2020. When protests broke out over the disputed election in August, an Instagram account associated with the former prime minister posted a message in support of the protesters and criticizing the crackdown by police and security services.

If the appointment to the Rosselkhozbank board turns out to be true, it suggests that the Kremlin is attempting to recruit and co-opt figures who enjoy a degree of credibility with the Belarusian opposition.

Vladimir Putin’s regime is clearly upping its game in Belarus as it moves to tighten its grip and expand its economic, political, and military footprint there. This represents a serious security risk for NATO members Latvia, Lithuania, and Poland, which border Belarus. It is past time for the West to up its game as well.

Image: Russia is about to send its third ambassador to Minsk in three years as the Kremlin looks to tighten its grip on the isolated regime of Belarus dictator Alyaksandr Lukashenka. (Russian Ministry of Foreign Affairs/TASS via REUTERS)