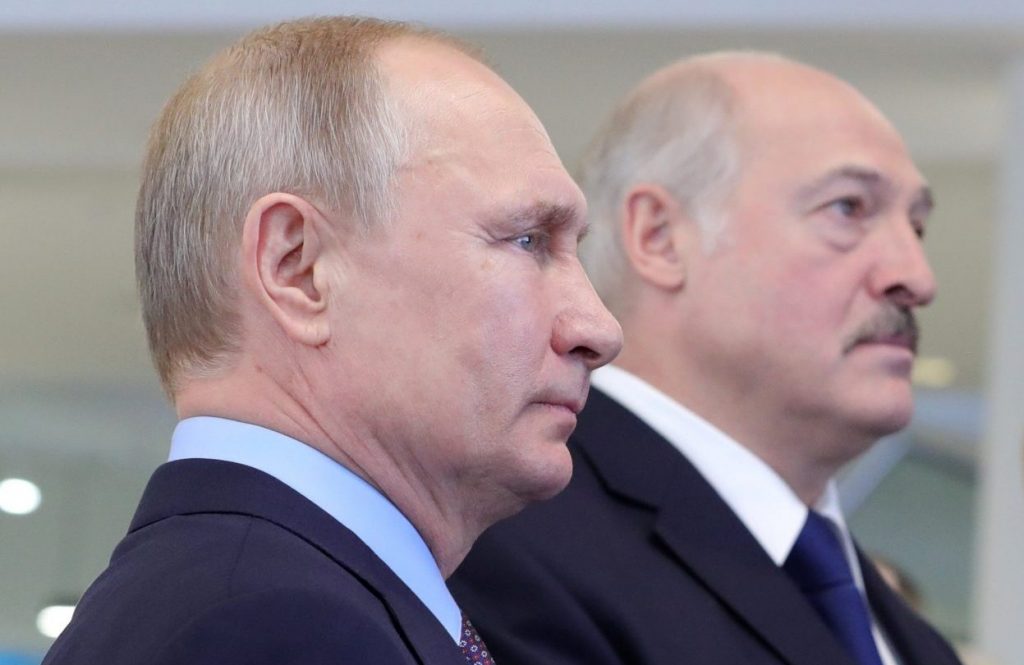 The case for sanctioning the emerging “axis of autocrats” in Eastern Europe is gaining traction.

In testimony on Capitol Hill before the Tom Lantos Human Rights Commission in the House of Representatives last week, former Assistant Secretary of State David Kramer argued that it is time to broaden the aperture on sanctions against Belarusian dictator Alyaksandr Lukashenka in order to include his enablers in Vladimir Putin’s Russia.

“On sanctions I think it is time to cast a wider net than we have seen so far,” Kramer said. “I commend the administration and the European Union for what it has done, but it is not enough. We need to go after the so-called money bags, the individuals connected to Lukashenka who prop him up financially. These include Russian figures who have been instrumental in Lukashenka staying in power. Cut off the flows from them and you will water down the thin ice upon which Lukashenka stands.”

Kramer, who served as Assistant Secretary of State for Democracy, Human Rights, and Labor in the administration of US President George W. Bush, went on to name specific Russian individuals and entities that could be targeted.

He identified Russian oligarch Mikhail Gutseriev, founder of the Russneft oil company that provides Belarus with most of its crude, and Sberbank CEO German Gref, a close Putin ally who has enthusiastically backed Lukashenka and overseen large investments in the Belarusian real estate sector. Kramer also identified three banks, VTB, VEB, and Gazprombank, along with the natural gas company Gazprom, oil giants Rosneft and Slavneft, and the potash producer Uralkali.

Kramer argued that “Russian propagandists” including pro-Kremlin journalists who took the jobs of Belarusians who quit state television in response to the crackdown on protests last August should also be targeted. “They are not journalists, they are dangerous propagandists,” he noted.

Kramer named specific Belarusian citizens who could be sanctioned including former presidential chief of staff Viktar Sheiman and petrochemical tycoon Alyaksei Aleksin, as well as several other businessmen reportedly close to Lukashenka such as Mikalai Varabiou, Alyaksandr Zaitsau, Alyaksandr Mashenski, and Uladzimir Peftsiyeu.

I have argued repeatedly in this space that sanctions against the Lukashenka regime should also target his Russian enablers, as has Atlantic Council Senior Fellow Anders Aslund. Likewise, Ilya Zaslavskiy, a senior fellow at the Free Russia Foundation, suggested in a recent report that support for Lukashenka should be a criteria for sanctioning Kremlin-connected oligarchs.

But having the case for broadening Belarus sanctions to include Russian individuals and entities made by a former senior US diplomat of Kramer’s stature in Congressional testimony signifies that the idea is now gaining serious traction in the policy community.

There are strong arguments for imposing sanctions against the Putin-Lukashenka axis rather than just the Belarusian regime. Due to a number of factors including Russia’s dominance of the Belarusian economy, the large volume of trade between Moscow and Minsk, and the relatively low level of trade between Minsk and the West, sanctions against Belarus alone will likely be ineffective. It is also unclear whether sanctioning large Belarusian state-controlled companies, without at the same time also targeting their Russian interlocutors, risks driving them into the arms of Kremlin-linked companies and oligarchs.

The case for broadening the aperture on penalizing the Lukashenka regime is gaining traction as the European Union is preparing a new round of Belarus sanctions that will likely be announced in June.

The United States last month reimposed sanctions on nine Belarusian companies including the oil and chemical concern Belneftekhim, which accounts for 30 percent of the country’s industrial output, the Hrodna Azot chemical and fertilizer factory, and the Naftan oil refinery.

There is still, however, ample room for Washington to escalate those sanctions and expand them to include Russian companies. Absent from the US sanctions list, for example, were the Belarusian potash giant Belaruskali, which commands approximately 20 percent of the global market and which the Russian potash company Uralkali has reportedly been trying to acquire. Also missing was the Mazur Oil Refinery, in which the Russian oil and gas company Slavneft holds a 42.58 percent stake.

Potential sanctions against the Putin-Lukashenka axis are only part of the policy picture. With the Lukashenka regime becoming increasingly Russified as Moscow expands its economic, political, and military footprint, Belarusian civil society is increasingly looking to the West for inspiration and support.

Increased backing and outreach to Belarusian civil society and the sizeable Belarusian diaspora, particularly in Poland and Lithuania, would send a clear message that even as the United States and its allies impose sanctions on Lukashenka and his Russian enablers, they remain on the side of the Belarusian people, and on the right side of history.

Brian Whitmore is a Nonresident Senior Fellow at the Atlantic Council’s Eurasia Center, an Adjunct Assistant Professor at The University of Texas at Arlington, and host of The Power Vertical Podcast. On this week’s The Power Vertical Podcast, Brian will discuss the issues raised in this column with former US Assistant Secretary of State David Kramer. The episode drops on Friday May 14.