This post is the third in a series of three that focuses on 1) defining, 2) mapping, and 3) addressing the invisible supply chain. You can read the first and second posts here.

Criminals have the advantage of being agile. They are unencumbered by the constraints that impede the governments and institutions arrayed against them. A criminal network operating an invisible supply chain can, when challenged, often disassemble that supply chain and reassemble a new one overnight. Accustomed to finding the path of least resistance around the law, successful criminals tend to maintain a nimble footing, ready to make rapid adjustments in pursuit of continued profits.

Recognizing and mapping an invisible supply chain, therefore, does not automatically translate into knowing how to address it. In many cases, a single step toward confronting such a supply chain will elicit from criminals a tactical shift, enhancing their operation’s invisibility.

Each invisible supply chain, then, requires a distinct approach. As a baseline, the process can be thought of as involving five steps:

Technology, for example, can play a crucial role not only in mapping but also in addressing an invisible supply chain. The tracking and tracing technologies increasingly used to ensure the integrity of legitimate supply chains can be deployed as means of both deterring criminals from pursuing illicit profit and detecting when and where they do. Molecular fuel marking, for instance, has been strikingly successful in mitigating both smuggling and adulteration of fuel.  By demanding legitimacy at the endpoint of the licit supply chain, molecular markers and related implementing legislation can help limit the extent to which criminality can enter or divert the supply chain at an earlier point. Similarly, recently developed mobile phone applications allow consumers to protect themselves against counterfeit goods by checking their potential purchases against legitimate supply chain data. Measures such as these help make the legitimate market more resilient against criminal interference by making it harder for invisible supply chains to remain camouflaged.

If illicitly traded commodities do not sell, criminals will be forced to abandon an invisible supply chain and seek reward elsewhere. In this manner, technology can play an increasing role in supply chain security, but only when that technology is paired with adequate legislation, serious law enforcement efforts, public awareness campaigns, and efforts to shift market forces to prioritize legitimacy.

Tools are, of course, only as effective as their users. In that light, it is worth remembering three key principles of the classical Chinese strategist Sun Tzu: know yourself, know the terrain, and know your adversary. Because operating an invisible supply chain is largely about manipulating others’ perceptions, the first of those principles takes on special importance. In a coordinated effort against an invisible supply chain, preconceptions and unexamined assumptions can be debilitating.

These assumptions often arise from a misguided sense of how one’s criminal adversaries view the terrain and operate within it. One form of this problem is that “white hatted” actors tend to look for their idea of a criminal. They respond to surface indicators of criminality. In the case of an invisible supply chain, however, those surface indicators mimic the surface indicators of legitimate activity. In the Mediterranean fuel smuggling ring discussed in previous pieces, the Libyan Petroleum Facilities Guards, who were tasked with protecting fuel supplies, actually diverted them for profit; in another recent case, it was discovered that for seventeen years, every fuel truck loaded with product from Trinidad’s national oil company Petrotrin contained a secret tank for diversion into a black market supply chain. In each case, otherwise legitimate actors were, in large numbers, complicit in an invisible supply chain.

Even a data-driven strategy employing sophisticated technologies and predictive algorithms will fail to pick up on some forms of criminality, particularly when the criminals present as legitimate.  A classic case of such failure to detect one’s own blind spots was “Millennium Challenge 2002,” a two-week US military exercise simulating armed conflict with an unspecified state in the Middle East. The exercise was intended to showcase the effectiveness of new, sophisticated technologies for intercepting communications, detecting and tracking targets, and coordinating operations. Within two days, the entire US fleet had been sunk or crippled. The opposition had used decidedly low-tech means—motorcycle couriers, messages encoded within calls to prayer, and small boats, among others—to operate outside the high-tech playing field of the US military.

Whoever strategizes against a preconceived idea of who criminals are and how they work rather than against agile actors skilled in manipulating the surface indicators of their illicit activity is likely to be outmaneuvered.

One crucial way of getting past such assumptions is bringing into the process a range of stakeholders who see themselves, illicit actors, and the terrain from a range of perspectives. This may include regulatory bodies, law enforcement agencies, and security forces at state, regional, and inter-regional levels, as well as corporations and industry groups, and even other actors who may not at first seem obvious contributors to law enforcement actions—academics, scientists, engineers, and lawyers, among others. The different skillsets and orientations of the participants will combine like multiple maps overlaid on transparencies, providing a comprehensive picture that challenges any single perspective and can, at the point of intervention, enable effective coordinated action to disrupt and dismantle the invisible supply chain.

Additionally, part of knowing one’s adversaries is understanding how they react to certain situations.  Once the right tools have been initially identified and misleading assumptions discarded, the next step is to gauge how the invisible supply chain adapts to changing circumstances. This could be accomplished through monitoring over time; it could also be accelerated by instigating a change in circumstances—for example, ramping up seemingly unrelated patrols on a stretch of water traversed by the supply chain—that allows for such observation. The resulting ability to anticipate the illicit actors’ next move is vital to tripping up the criminal network.  Addressing invisible supply chains therefore requires a kind of double vision: one has to be able to see the terrain as both legitimate operators and criminal actors do.

At this stage, law enforcement officials can begin to plan an intervention.  Any plan, however, will almost certainly require a cooperative effort among multiple stakeholders whose activities are carefully coordinated, as in the example of how Italian authorities, journalists, and an oil company uncovered and dismantled an oil smuggling ring. Of course, if all the illicit actors are identified and law enforcement agencies have the requisite authority and jurisdiction, there is always the possibility of arresting the whole network at once. An alternative approach, especially where jurisdictional issues pose a problem, would be a coordinated strategy that simultaneously forces the criminal network to revise its approach while closing off options for that revision. Both interventions require flexible, dynamic, “out-of-the-box” thinking that is iterative in nature.  In other words, law enforcement has to be as agile as criminals in order to curtail that criminal agility.

Addressing invisible supply chains therefore requires a concerted effort by a variety of actors who are willing and able to move past preconceptions and make what is normally invisible highly visible to them. Only then will they be in a position to execute a carefully coordinated intervention strategy that can definitively shut down this form of illicit activity. 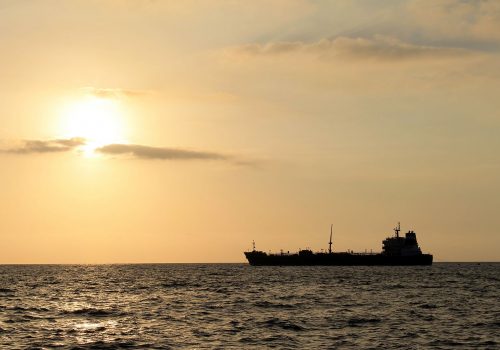 This post is the first in a series of three that will focus on 1) defining, 2) mapping, and 3) addressing the invisible supply chain. In 2014, the Wall Street Journal published a story detailing how the Saltpond Oil Field off the coast of Ghana was exporting as much as five times the crude oil […] 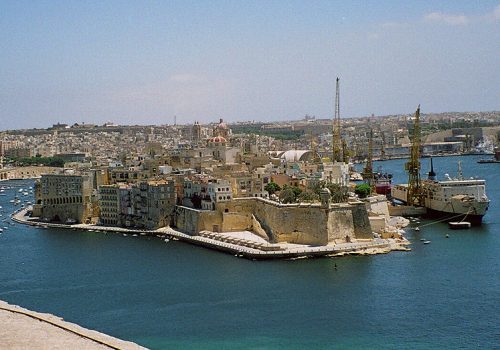 This post is the second in a series of three that will focus on 1) defining, 2) mapping, and 3) addressing the invisible supply chain. You can read the first post here. In the autumn of 2017, Italian authorities busted a lucrative smuggling ring that was bringing hundreds of millions of liters of stolen Libyan […] 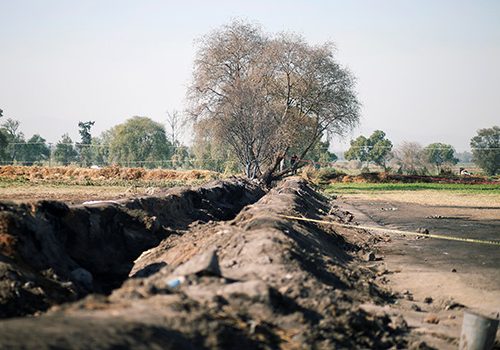 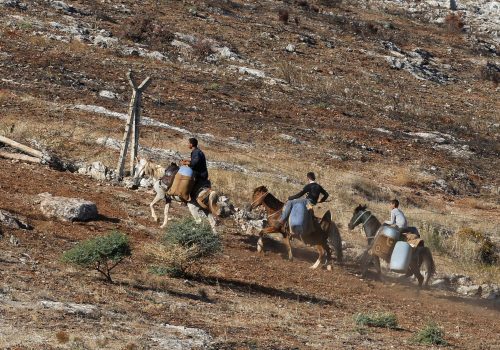 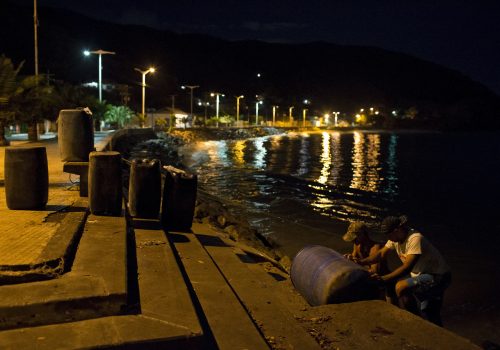