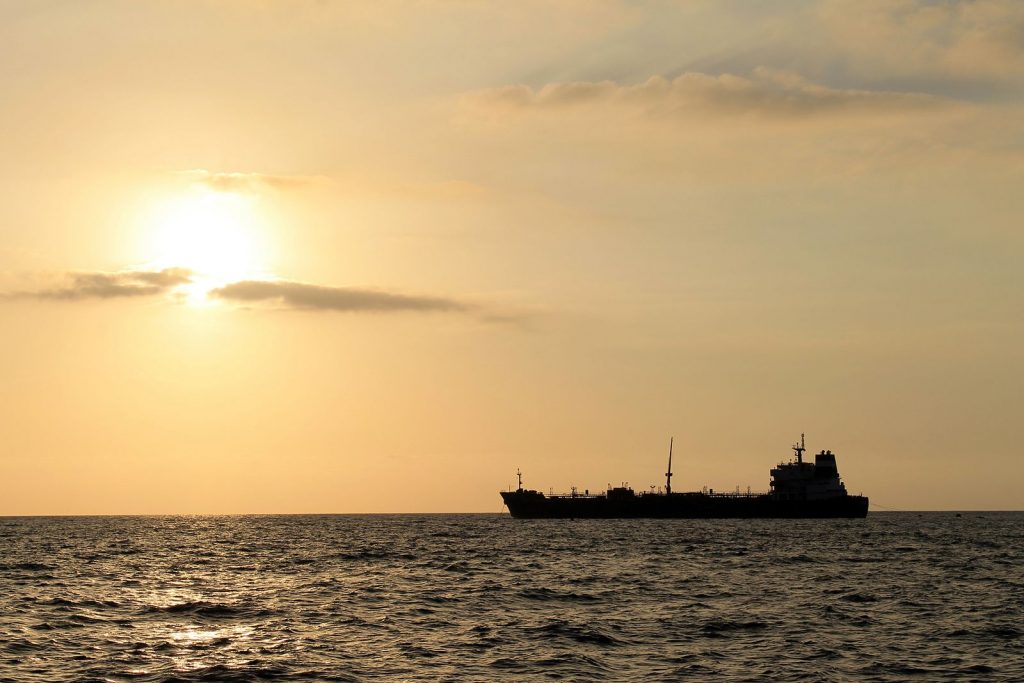 This post is the first in a series of three that will focus on 1) defining, 2) mapping, and 3) addressing the invisible supply chain.

In 2014, the Wall Street Journal published a story detailing how the Saltpond Oil Field off the coast of Ghana was exporting as much as five times the crude oil it could possibly produce. The article exposed the contours of an extensive transnational criminal operation. As the story unfolded, it was revealed that stolen Nigerian crude would be shipped to Saltpond, where it would either be mixed with the facility’s Ghanaian oil or simply transferred into different tankers before being shipped to refineries elsewhere in Africa and Europe for processing and then distribution through legitimate channels.

This criminal scheme involved a range of players: not only oil thieves, shippers, and Saltpond personnel but also refinery employees. After all, given the distinctive lightness and sweetness of Nigeria’s Bonny Light crude, any competent refiner—after, if not before, the fractioning process—would have recognized the incoming product as something other than purely Ghanaian. This collaboration of purely criminal actors with otherwise legitimate operators who were willing to cross the line into criminality is typical of a phenomenon found wherever commodities of any kind are turned to illicit profit: the invisible supply chain.

The invisibility of such a supply chain does not depend simply on staying out of sight and in the shadows; such operations often take place in broad daylight. A tanker ship or truck that leaves a depot with illicit oil or fuel laundered through a normally legitimate facility and delivers that cargo to a legitimate facility derives its invisibility from the fact that nothing about its visible activities betrays its criminality. While concealing contraband within legitimate cargo is a well-known tactic of drug cartels and other groups trafficking intrinsically illicit goods—and law enforcement agencies around the world have developed an impressive array of techniques to detect that subterfuge—illicit trade in commodities camouflaged as legitimate commerce is far more difficult to identify.

Such scenarios are, of course, not limited to hydrocarbons. In the energy sector alone, the growth in renewables will lend itself to criminal misdirection and illicit trade, similar to theft from the grid that already undermines the utilities sector. Looking further, any ordinarily legitimate commodity traded illegally, whether it be charcoal from East Africa or minerals from South America or antiquities from the Middle East and South Asia, travels along invisible supply chains.

Furthermore, when the dynamics of invisible supply chains shift—often unexpectedly—law enforcement must find ways to trace and monitor the new routes, players, and methods. The global black market in looted and stolen antiquities, for example, used to be mostly the preserve of “connoisseur criminals” with subject matter expertise, who availed themselves of well-known transshipment hubs in Europe and elsewhere to move their acquisitions to buyers. However, over the past twenty years, for reasons including the arrest or retirement of key players and the emergence of new conflict economies, transnational criminal organizations looking to diversify their income streams and money laundering practices have increasingly come to dominate antiquities trafficking. The resulting invisible supply chains have yet to be mapped. Given that some of the organizations involved include terrorist and militant groups as well as more conventional criminal syndicates, that task is urgent.

As a concept, an invisible supply chain is fairly easy to understand. In practice, however, establishing and maintaining the invisible supply chain can require incredible sophistication. Creating a parallel market structure that allows for hiding illicit activity in plain sight requires an appetite for brazen risk in pursuit of high reward, as well as at least some sense of how the relevant law enforcement agencies operate. Countering this form of criminality therefore requires continual, proactive analysis that makes the invisible visible.

This post is the second in a series of three that will focus on 1) defining, 2) mapping, and 3) addressing the invisible supply chain. You can read the first post here. In the autumn of 2017, Italian authorities busted a lucrative smuggling ring that was bringing hundreds of millions of liters of stolen Libyan […]

This post is the third in a series of three that focuses on 1) defining, 2) mapping, and 3) addressing the invisible supply chain. You can read the first and second posts here.  Criminals have the advantage of being agile. They are unencumbered by the constraints that impede the governments and institutions arrayed against them. A criminal […]