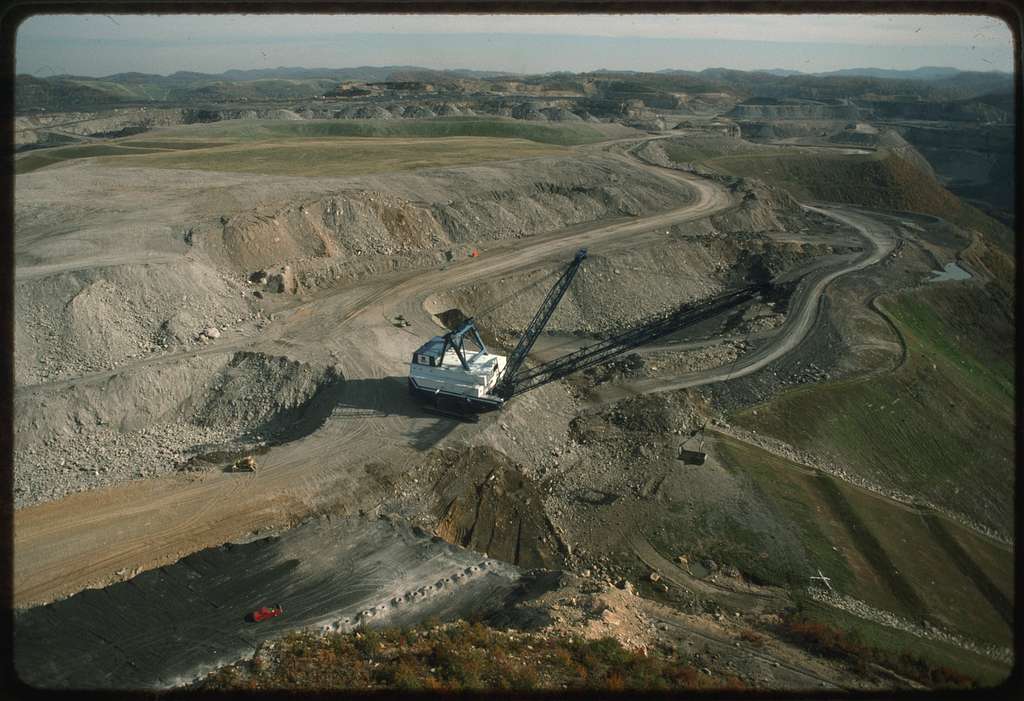 This is the second part of a series on the US energy transition away from coal and the challenges and opportunities it presents to American technology and manufacturing, focusing on the energy and transportation sectors in the Midwest.

America is undergoing an energy transition away from coal that will leave coal-producing communities in crisis in the absence of policy action to help transition these regions to new and cleaner industries. Until leadership at the federal level arrives, local initiatives and regional coordination will be critical to leading this effort.

America’s fleet of coal-fired power plants is quietly retiring. By 2030, the US will have closed over 664 coal-fired generation units since 2010, representing roughly 126 GW of generating capacity. Utilities that are phasing out their coal generation are motivated by the economics of cheaper natural gas and low-cost renewables. Building new coal-fired power generation is untenable due to the risks of higher environmental compliance costs, more stringent emissions-reduction requirements, and the large capital outlays involved.

These coal retirements affect coal-producing communities most acutely. The growing number of coal-mining companies filing for bankruptcy has cost employees and communities as these companies have sought to shed their obligations to fund pensions and clean up mining sites.

As coal loses ground, transitioning coal-producing communities to new industries is urgently needed. According to the US Energy Information Administration, roughly 53,000 coal miners are employed in the United States. Replacing these jobs will not be easy, especially for underground miners whose skill sets are highly specific and whose salaries are generally high for their region, with the highest-paid workers receiving salaries into the six figures plus benefits.

Competing technologies and emerging industy can help replace lost jobs. Already, solar employs over 242,000 workers nationwide and wind provides roughly 114,000 jobs, and both are rapidly growing. While wind resources may be limited in some coal-mining regions, solar is far more available. With robust growth projected to continue and the implementation of effective retraining programs, the growth in renewables can absorb many at-risk mining jobs, the extent mainly depending on the magnitude of renewable build-out and the effectiveness of these programs.

Transitioning the country to clean energy will require all regions to make this transition but take different approaches. While the East and West coasts lead the nation in embracing clean energy as part of their development strategy, Midwest and Southern manufacturing and energy resources have yet to adapt and develop a plan to thrive in this energy transition.

Fortunately, local examples of transition that are built on a Midwestern model are available. Pittsburgh is a successful example of transition, which is being followed by others, including Detroit. Starting in the 1970s, Pittsburgh began losing its steel industry to Asia. In the process, Pittsburgh lost roughly one-third of its manufacturing jobs (of 382,000 manufacutring jobs at peak employment, the Pittsburgh region lost 133,000 jobs).

The Alleghany Conference on Community Development, a regional leadership forum, led the recovery, playing a coordinating role among business and civic groups. In Pittsburgh’s revitalization, local universities became essential partners in helping replace lost steel jobs with opportunities in new, more sustainable industries. Carnegie Mellon University and the University of Pittsburgh are important employers in the city, and they helped foster new businesses based on university research and invested in commercializing these new ventures. They also anchored the community, attracting young people to come and stay in Pittsburgh. The alliances that Pittsburgh fostered with civic organizations, universities, and industry later inspired the model adopted by the federal “Smart Cities” initiative under the Obama administration.

By the 2000s, Pittsburgh had reinvented itself, emerging as a leader in knowledge economy sectors, including advanced manufacturing, health, energy, financial services, information technologies, and education.

Following its bankruptcy of the 2010s, Detroit is following Pittsburgh’s recovery strategy, but with some notable differences. Home of America’s automobile industry, Detroit is attempting to reinvigorate its competitive position, investing heavily in next generation mobility technologies led by major car makers, their extended supply chains, and the information technologies that support them. Like Pittsburgh, having suffered a drop in population, Detroit is now tearing down abandoned buildings and promoting real estate redevelopment in an effort to restore downtown Deroit as an urban cultural and business hub. As in Pittsburgh, regional civic organizations are leading Detroit’s transformation, leveraging business, community and universities to diversify job opportunities.

Rural communities ultimately face different challenges than their urban counterparts, but Pittsburgh and Detroit provide a starting point and potentially offer lessons. One lesson of Pittsburgh and Detroit is to start transitioning early relative to the onset of crisis. Both cities transitioned after deep losses of industry and jobs. Transitioning once the signs are clear but well before crisis sets in can prevent the worst consequences for communities. Unfortunately, many coal-producing regions are already seized by crisis, and others are on the precipice, making it even more urgent to transition now.

Another lesson is that effective transition requires actions beyond cities, and that national and regional efforts will be critical. Congress is contemplating action with a bi-partisan bill seeking to revitalize coal-producing communities by investing in advanced low-carbon energy technologies, such as carbon capture and storage, that mitigate coal use, co-sponsored by Senators Joe Manchin (D-WV) and Shelley Moore Capito (R-WV).  Senator Tammy Duckworth (D-IL) also recently proposed a bill that would enhance government assistance to workers and their communities, including providing health and education, environmental remediation, and debt relief.

If there is a change of administration, the federal government will likely lead on coal transition. However, until the federal government asserts leadership, and where state legislatures cannot act due to local politics or fragmented authority over a policy area, regional development organizations like the Allegheny Conference in Pittsburgh must build consensus among stakeholders in their communities to develop locally-appropriate measures to avert the consequences of the energy transition. When the federal government does take action, regional organizations will remain indispensable partners in coordinating stakeholders and helping to identify investment priorities.

Craig Hart is a senior fellow at the Atlantic Council Global Energy Center and Executive Director of the Pace University Energy & Climate Center. This article is based on C. Hart (2020) Strategy for the Future: Energy Transition, Competitiveness and the Future Midwest, a report supported by the Pulte Institute for Global Development and ND Energy. The full report is available here.

A quiet energy revolution is taking hold in the American Midwest, creating a tipping point for the nation as a whole—lower-carbon natural gas and renewables are pushing out coal as the low-cost fuel for power generation.

2019 appears to be ending bleakly for the old guard of the energy sector—recent third quarter (Q3) reporting paints a gloomy picture: across the industry, profits have plummeted despite rising oil production. Observers have blamed those results on several potentially transitory headwinds, but are they actually what’s driving the concerning outlook?

The climate and equity dilemma: Bending the coal curve in South and Southeast Asia

South and Southeast Asia are leading the world in terms of developing countries’ energy growth—how can need be met while avoiding new coal investments?